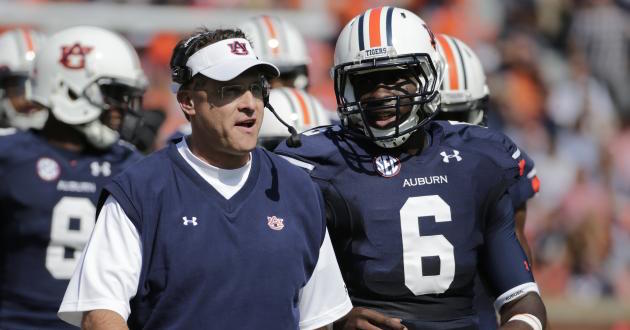 The 2015 Auburn football season begins one week from today, so I think I’m ready to predict how things will go. For the fifth straight season I’ll make it quick and tell you what will happen by only using one sentence per game. 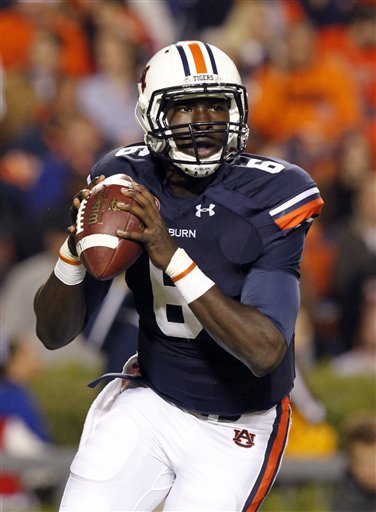 Sept. 5 – Louisville – Any semblance of a Petrino-lover in the Auburn fanbase will be gone by the end of the 3rd quarter as Auburn opens it up and answers any questions about the defense early.
Worry level: 7. Score: Auburn 45, Louisville 20.

Oct. 15 – at Kentucky – The Thursday night thing will account for an early Kentucky touchdown, but Jeremy Johnson is better than every Wildcat, and he’ll lead the Tigers to a huge, huge road win.
Worry level: 4. Score: Auburn 42, Kentucky 17.

Nov. 14 – Georgia – Most likely the best team Auburn will play in the regular season, but the Tigers will give the Dawgs a slightly inexplicable beatdown for once.
Worry level: 9. Score: Auburn 35, Georgia 10

Nov. 21 – Idaho – The 2nd Petrino on Auburn’s schedule will ignore Bobby’s help since he obviously has no clue how to beat Auburn, and will instead lose by twice as much.
Worry level: 1. Score: Auburn 45, Idaho 3.

So yeah, I’m picking an undefeated regular season for Auburn. Is it homer? Does it matter? Tell me a game Auburn can’t win. You can’t.

Now give you me your predictions and/or tell me how smart I am in the comments section.

Agree… But the A&M score will be more like 55-14. Bama will be a two touchdown win. WDE

As bad as I hate to say it, I think we drop the Arkansas game. It has trap written all over it. I think the Crimson Scurge comes into Jordan-Hare with 2 losses and looking to ruin our trip to the SEC championship game. Of course good will prevail and I think a rematch against UGA is looming in Atlanta. I’m not quite sure how I feel about that, but I think we win a lot closer game than the regular season matchup. After all UGA is UGA. WDE!

I agree with your “homer” selections. I think we win BIG at LSU and Kentucky.

I agree with going 12-0. Hope to win as big as you have us winning in every game. Kentucky will be closer because we don’t play well on Thursday nights. We deserve to beat Georgia and Texas A&M by 100 after what they’ve done to us. Don’t see it happening but we will win. War Eagle