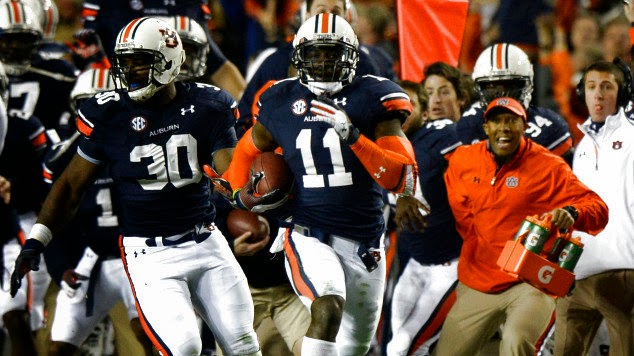 How I Remember It: I was lucky enough to watch this game, the best home game in Auburn’s history (forget just the last 30 years), from the 50-yard line. Don’t ask me how. It just happened. But just like the 2009 Iron Bowl, due to someone trying to squeeze an extra butt into the row, I had half a seat… if that at all. 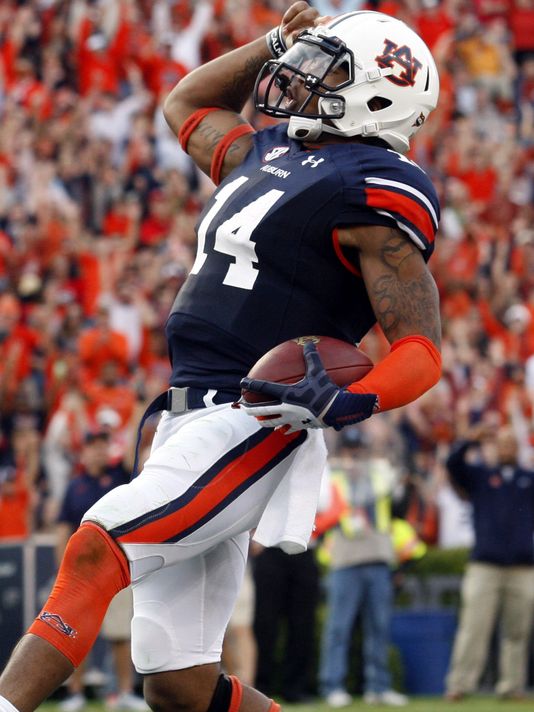 Around the mid-point of the 4th quarter, with Alabama up a touchdown, the wife and I had to meet up with my mom to get Baby Blogle. Yes, I sat on the 50-yard line and made my kid sit somewhere else with the grandparents. So we walked down to the concourse somewhat already conceding the Alabama victory.

It was about that time that Nick Marshall faked a run to the left and flipped it to a wide open Sammie Coates.

After that… you know what, here, just let me show you what I wrote for this part of my game review because it’s my favorite thing I’ve ever written.

After that, I remember the happiest I’ve ever seen anything Auburn. It was perfect. 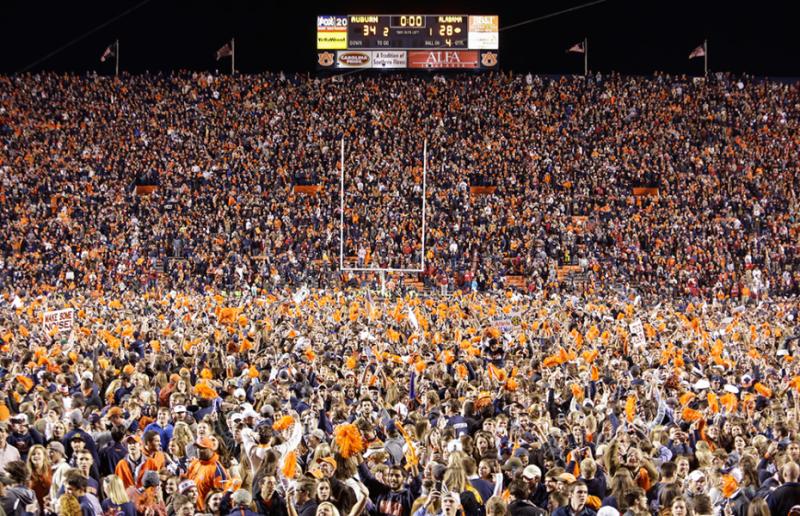 What Really Happened: Alabama came into the 2013 Iron Bowl with an 11-0 record, ranked #1 in the nation. Auburn was 10-1 and ranked #4. It was the first time since the SEC split into two divisions in 1992 that the Iron Bowl would decide the SEC West and send the winner to Atlanta for the SEC Championship.

On Alabama’s first drive of the game, the Tide was forced to attempt a field goal. In what quickly became the theme for the night, Cade Foster missed the kick.

After trading punts, Nick Marshall took a zone read and ran it 45 yards for the game’s first score. At the end of the 1st quarter, Auburn led 7-0. 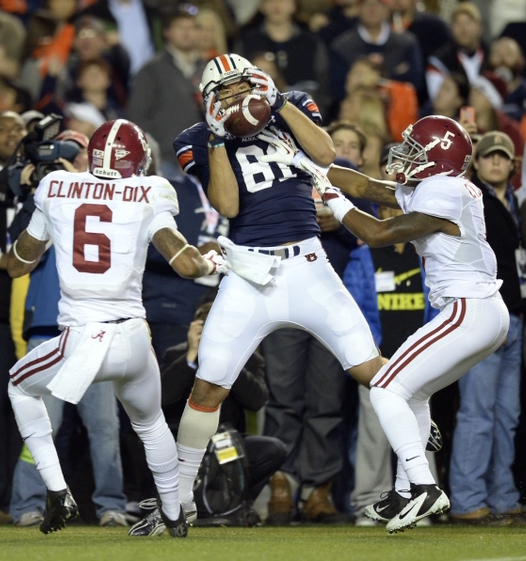 Alabama then scored on all three of their drives in the 2nd quarter, thanks to an Auburn fumble and a few three-and-outs. But with a few minutes on the clock before halftime, Auburn rode Tre Mason down the field to get the deficit back to one touchdown.

Auburn got the ball first in the 2nd half and also took that drive down and scored to tie it up early in the 3rd quarter with a nice pass from Marshall to CJ Uzomah. Entering the 4th quarter, the game was tied at 21-21.

After Cade Foster missed another field goal, Auburn stalled on their drive as well. But punter Steven Clark pinned Alabama at the their 1-yard line. Then AJ McCarron’s “Heisman moment” happened.

Due to some bad pass coverage, AJ chunked one up, Amari Cooper caught it, and ran nearly 50 yards at a steady jog to finish off a 99-yard touchdown pass. It was disgusting.

The 4th quarter was a lot of back and forth with some fumbles, some missed field goals, and lots of punts, but with 2:32 on the clock and 65 yards to go, Auburn drove down with a steady dose of Tre Mason. The drive ended with the aforementioned pass to Sammie Coates with 32 seconds on the clock. The game was tied.

It appeared Alabama would run the clock out, but on what appeared to be the final play of regulation, TJ Yeldon got a few more yards than Auburn wanted and stepped out of bounds. Nick Saban then asked (begged) for the officials to check the clock. After a lengthy review, they put a second back on the clock.

Much to everyone’s surprise, Nick Saban sent a kicker out on the field. It wasn’t Cade Foster. It was a freshman. After an attempt to ice the kicker, Gus decided to send Chris Davis to the end zone for an attempt at a return.

You know what happened next. It was the biggest and best ending it college football history. 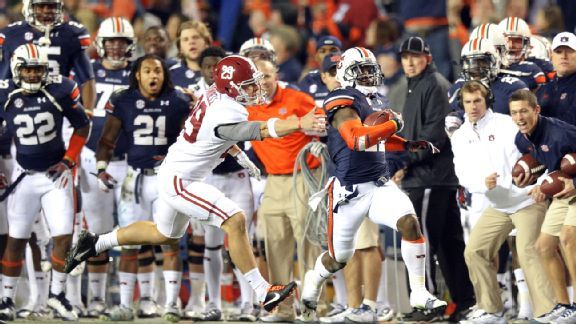 Why did I pick this game? Aside from it ending with the greatest and most gut-wrenching play in the history of football, this was one of the best Iron Bowls I have ever seen. It was back and forth, it seemed lost, and then it wasn’t. It was truly a heavyweight battle with an amazing finish.

Fun Fact: This was the first game in college football history that ended on a game-winning missed field goal return.

Play of the Game: Chris Davis caught Alabama’s attempt at a game-winning field goal with one second left on the clock and returned it 109 yards to victory.

Quote of the Game: “I knew when I caught the ball I would have room to run. I knew they would have big guys on the field to protect on the field goal. When I looked back, I said, ‘I can’t believe this.'” – Chris Davis

Orange or Blue, What Say You?