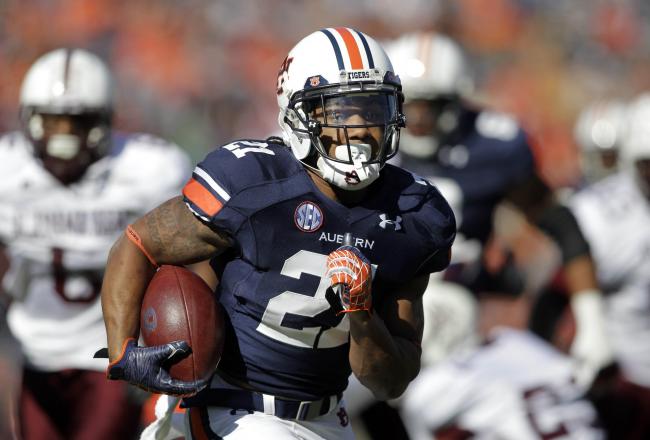 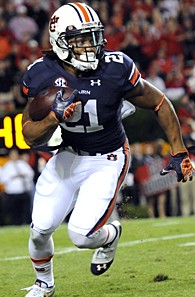 If you listen to myself, @MattScalici, and @radiofreeblake on the al.com Auburn Football podcast, you would know that we went through the schedule in this week’s episode picking “dubyas” and “Ls.” I’ll go ahead and tell you that what you hear there and what you read here will be a little different. I was under the gun and given no chance to explain my picks. Now I’ve got a little time and one sentence of explaining per game, so let’s do this…

Sept. 7 – Arkansas State – Storylines don’t matter with a talent difference this large, but there will be many points scored.
Worry level: 4. Score: Auburn 38, Arkansas State 20.

Oct. 5 – Ole Miss – Gus will show Freeze what this offense can do with real talent, as the Rebels dark horse season begins to unravel.
Worry level: 6. Score: Auburn 35, Ole Miss 28.

Oct. 19 – at Texas A&M – Assuming Manziel plays, he and the new atmosphere will be too much for the Tigers, as they take their first loss of the season.
Worry level: 9. Score: Texas A&M 34, Auburn 24.

Nov. 2 – at Arkansas – Gus returns to his homeland and runs 100 plays in an attempt to injure all of the Arkansas defenders right in front of Bret Bielema.
Worry level: 5. Score: Auburn 41, Arkansas 13.

Nov. 9 – at Tennessee – Neyland Stadium is intimidating, but the Vols have been down too long to have it really rocking, as Tre Mason runs for 250 in the win.
Worry level: 6. Score: Auburn 31, Tennessee 23.

Nov. 16 – Georgia – Georgia may finally have what it takes to win a national championship, but this one won’t be as ugly as the past few, with Nick Marshall showing that he could hang with Aaron Murray at Georgia.
Worry level: 10. Score: Georgia 30, Auburn 21.

That wasn’t so homer, was it? Ok, 9-2 plus the Iron Bowl tossup might be, but we didn’t expect 8 wins in 2009 and the talent then was nowhere near what we have now. When you look at it, the road games aren’t near as bad as they could be.

LSU will be down. Texas A&M will be Manziel-less or at least living in the shadow of the Manziel drama. Arkansas and Tennessee are both down. And both Georgia and Alabama come to the Plains. It’s slightly favorable, assuming Auburn will have a pulse this year. And they will. And they will win.

Now, tell me how dumb I am, and that you see ’bout seven wins.

As much as I hope you’re right, I’m afraid LSU won’t be as down as people think.

This is always my favorite post of the pre-season.

You think we will loose to UGAly, but your worry level is zero?

Surprisingly, neither you or Blake seemed overly pumped about Nick getting the nod at QB. I understand cautious optimism, but from multiple accounts he could be a professional in Baseball or Basketball if he didn’t stick with pigskin. Great athlete. Judging by Todd’s accomplishments with much less talent, I see Marshall having a great year and breaking some records. That being said, 9 wins seems very possible. War Damn.

From your lips to Gods ears my friend.

I’m glad we are on the same page. I think 10-2 is within our grasp, 9-3 definitely is. Of course I’m just a dumb barner who predicted a National Championship in 2010, what do I know.