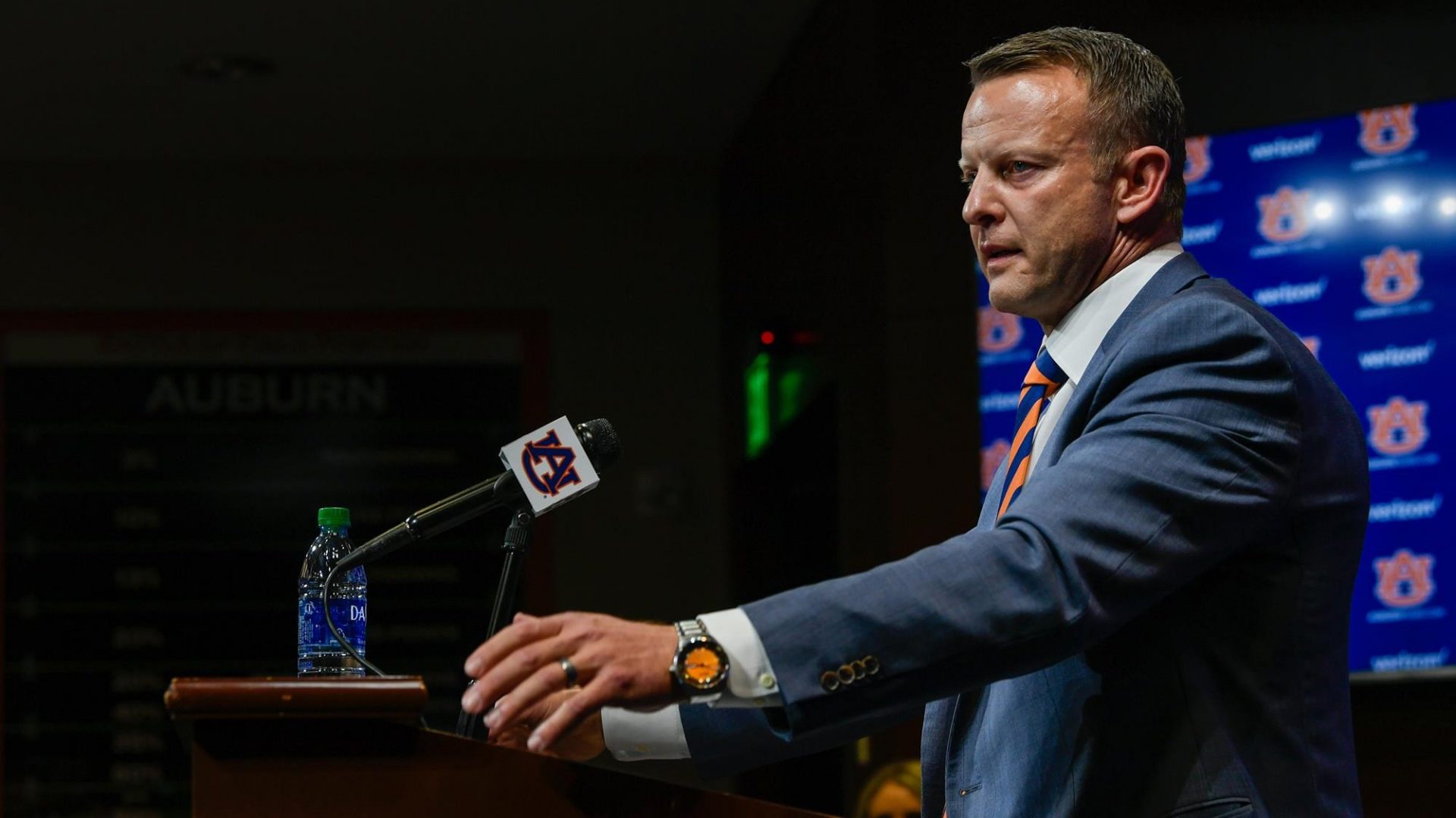 Okay, I promise this is the last time I start an article with this movie line, but

Let’s wind the clocks back a year… Or two, because apparently it’s 2022

When Bryan Harsin was hired to take command of the Auburn program, I remember two prevailing kinds of tweets that were blaring in the beloved, great, golden cesspool that is Auburn Twitter.

Forget the first one for now, we’ll revisit that one when Auburn inevitably wins the West soon. Or perhaps later on in this article. The second one is worth a glance, considering everything that transpired in the past month.

It’s no secret that the path to the College Football Playoff runs through recruiting. The most brilliant playcallers and coaches who were known to do more with less thanks to their knowledge of X’s and O’s are watching their squads get dominated by future NFL rosters left and right. The SEC’s marketing campaign as the premier conference in the nation, thanks to 3 all-conference title games, has the rest of the blue-bloods playing catch-up with it, with occasional challengers Ohio State and Clemson (and an unranked Texas A&M). Alabama changed the game when Saban first arrived, and then began attacking the transfer portal to change it again.

This isn’t to say that newcomers can’t rise to the top to begin the process (as long as they can sustain it). Texas A&M went from averaging 7-5 seasons to suddenly having the #1 ranked recruiting class for 2022 thanks to some recruiter named Jimbo Fisher. 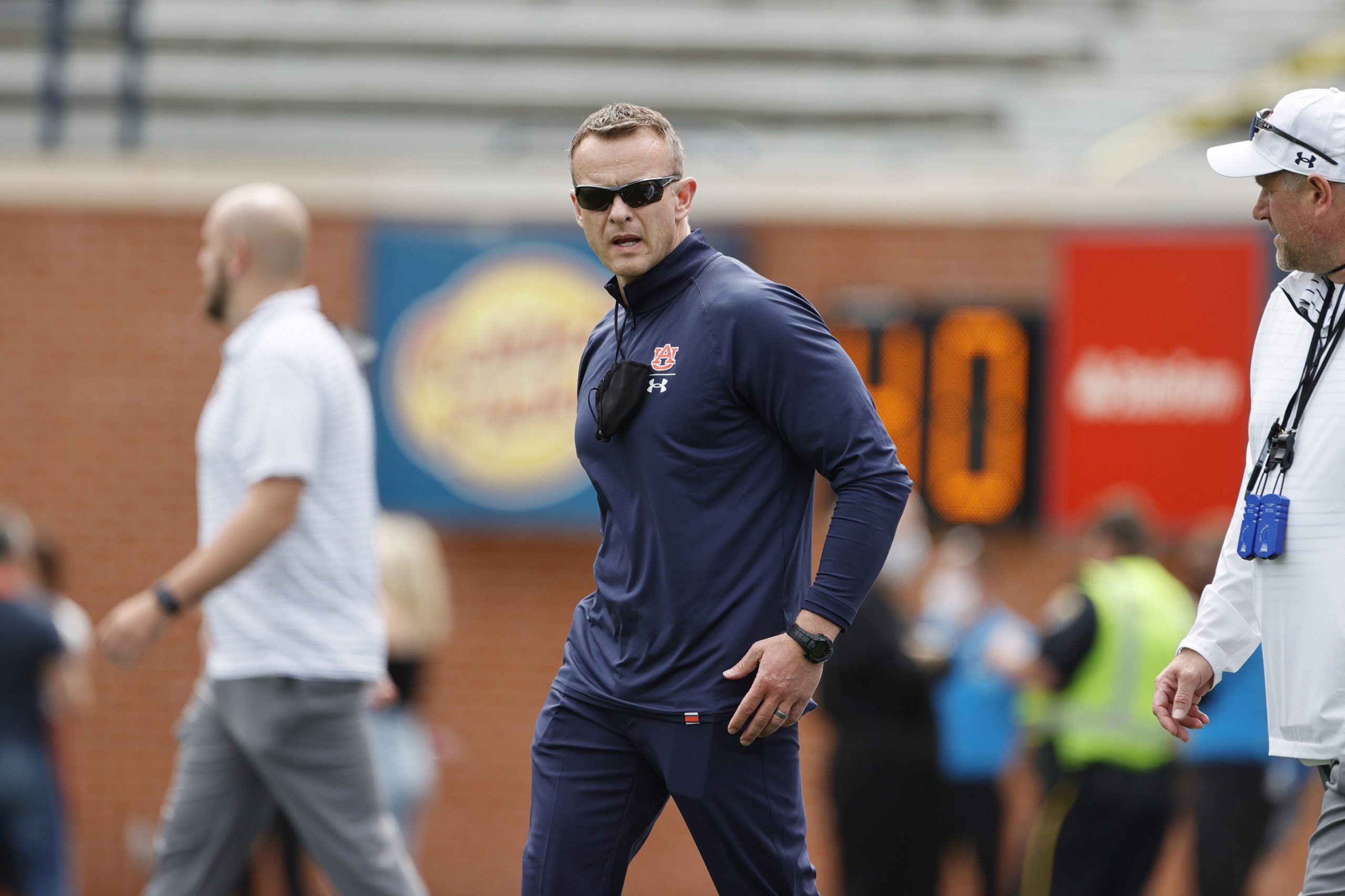 That however adds to the predicament Auburn finds itself in every year. No other team has to play Alabama, Texas A&M, and Georgia every year, which is why the pressure to deliver is always turned up to 11 and the expectations are always high no matter the outcome of the previous season. Something Harsin knew when he took the job.

And something we all wondered about when he first said “War Damn Eagle.”

Auburn doesn’t have the same luxuries as Boise State does. Being the only significant school for your home-grown talent to come in and beat up weaker conference foes doesn’t exist in the south. His first year came with a pass, because Auburn fired Gus almost right before the early signing period (which I respect, because lying to recruits about the coach they’ll play for is never a good move), so Harsin and Mason were forced to play catch-up with the transfer portal and still managed to reel in the #19 recruiting class. Yet the question remained.

The answer wouldn’t arrive until a little over a few weeks ago. From the Sunday before Early National Signing Day 2021 to Wednesday, Auburn jumped up from #32 to #13. Flipping the likes of Robert Woodyard, reeling in the talents of Holden Geriner and Austin Ausberry, and saving the best for last with top JUCO signee Jeffrey M’ba (aka Thanos, 2022 season nickname of the year).

All of this was accomplished without an Offensive Coordinator and sure-fire starting quarterback (shout out Trovon Reed for putting in the overtime work). 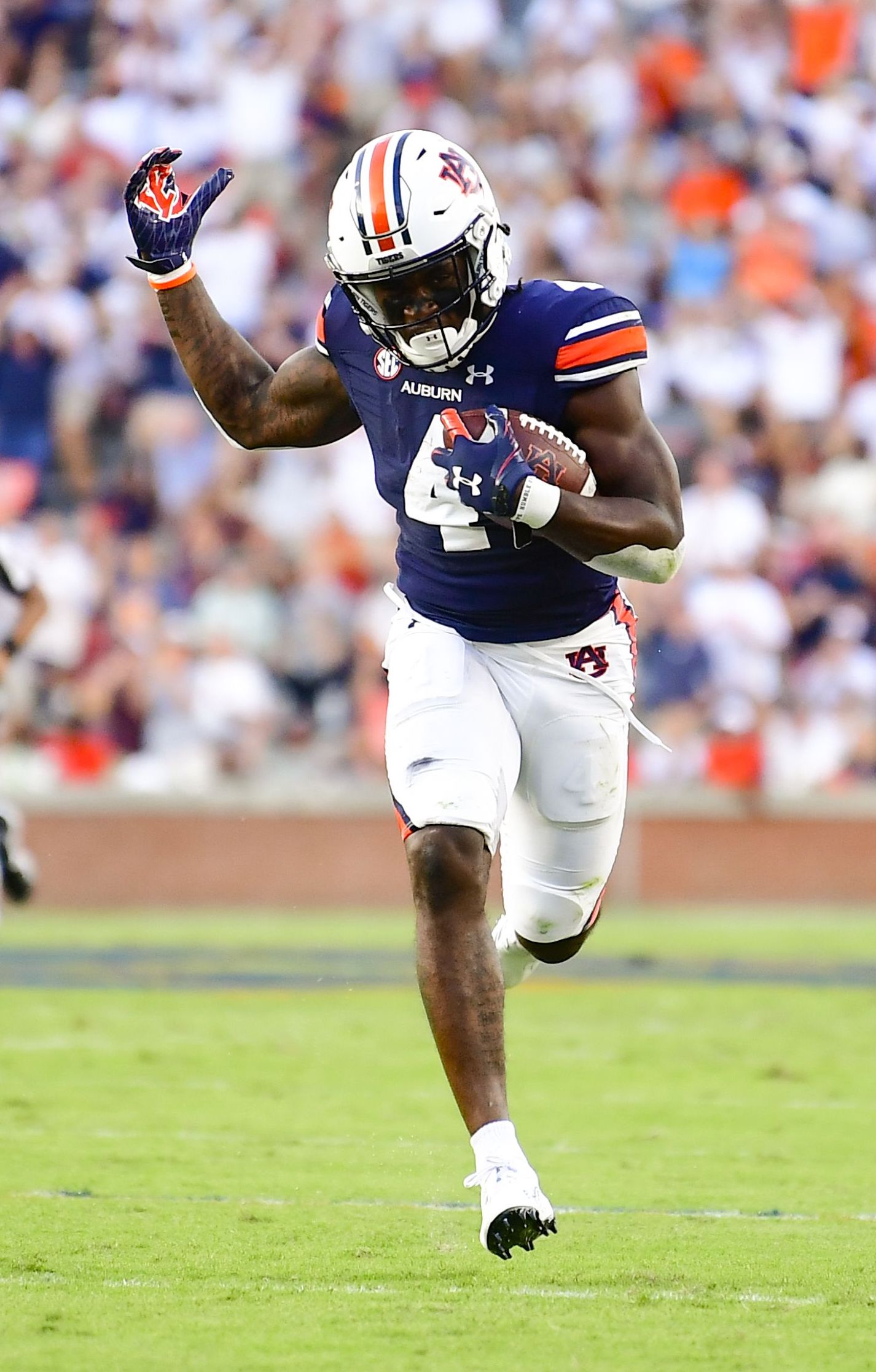 This without even mentioning his other recruiting class of Owen Pappoe, Tank Bigsby, Anders Carlson and others deciding to return to school. One coach’s players buying into another’s vision after five years is nothing short of impressive.

So in short, yes. The man can recruit.

The problem is, Auburn fans don’t want the kids who want to play for Auburn. The man can recruit, but not the way the couch coordinators want him to. Nevermind the fact that Auburn’s greatest recruiters are the players who are already within the program, convincing their friends to come challenge mighty Alabama every year. Nevermind the evidence of the product on the field after the talent has had some time to develop under the right tutelage. Harsin’s biggest recruiting challenge is yet to come when he must convince Derek Mason to stay a little longer.

But non-playoff bound teams like Ohio State and Clemson pull in the five-star early NFL departures and the cries for Harsin’s job are immediately called into question.

I agree that Zach Calzada is no Caleb Williams. Remember though, Saban didn’t get a significant transfer until Jameson Williams from OSU. There is a message of building the program from within before you become the transfer place to be, and the way Harsin is building the program is clear. Competent, competitive football, with a path from Jordan-Hare to the NFL draft. Gus built his program on luck, which won’t cut in the new age of college football.

Again, welcome to the new normal.

(also, using the NFL draft tune to announce commitments was a brilliant move. Someone give the recruiting director a raise). 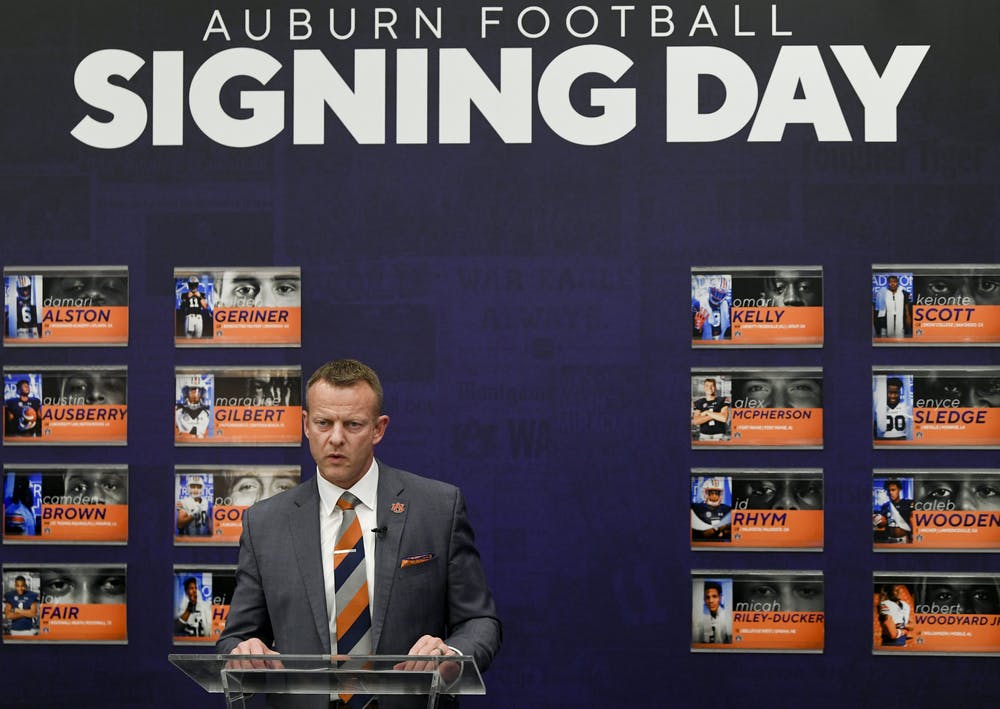 The coaches at Auburn don’t need an outcry from Auburn meme accounts that the offensive line and wide receiver room need help. It wouldn’t matter if Caleb came down to the Plains or not if there’s no bona-fide deep threat to throw to on 3rd and long. They’ve been heavily pitching the upcoming season to some big bodied transfer linemen, and my gut tells me we’ll get a couple before all is said and done. There isn’t a big-name wideout outside of Mario Williams that immediately comes to mind, but if the short history of the Harsin era is any indicator, Bryan’s got his guy in mind and is already in that kid’s contact info.

The coaches at Auburn know that the rebuild season is over. The time to compete is now and their recruiting matches the belief. The only thing left to recruit is the fanbase.

So here’s the pitch. Buy in, for crying out loud.

I’m not referencing the recent report that Auburn fan’s negativity is a means for recruiters to use against the program. I’m thinking more along the lines of a quote from an Auburn player who said he would rather play for a 6-7 team that wanted to improve than an 8-4 squad that settled for mediocrity. Whatever the coaches are selling, the players are buying. The media won’t, until the trophy is in the case, but the least the fanbase can do is do what the big wigs at ESPN and Sports Illustrated (and even the rat poison known as AL.com) won’t do: Believe.

It’ll be the only prayer in Jordan-Hare Harsin will ever need answered.

Roundtable of Tigers Past – LSU Week

From the Other Sideline – Virginia