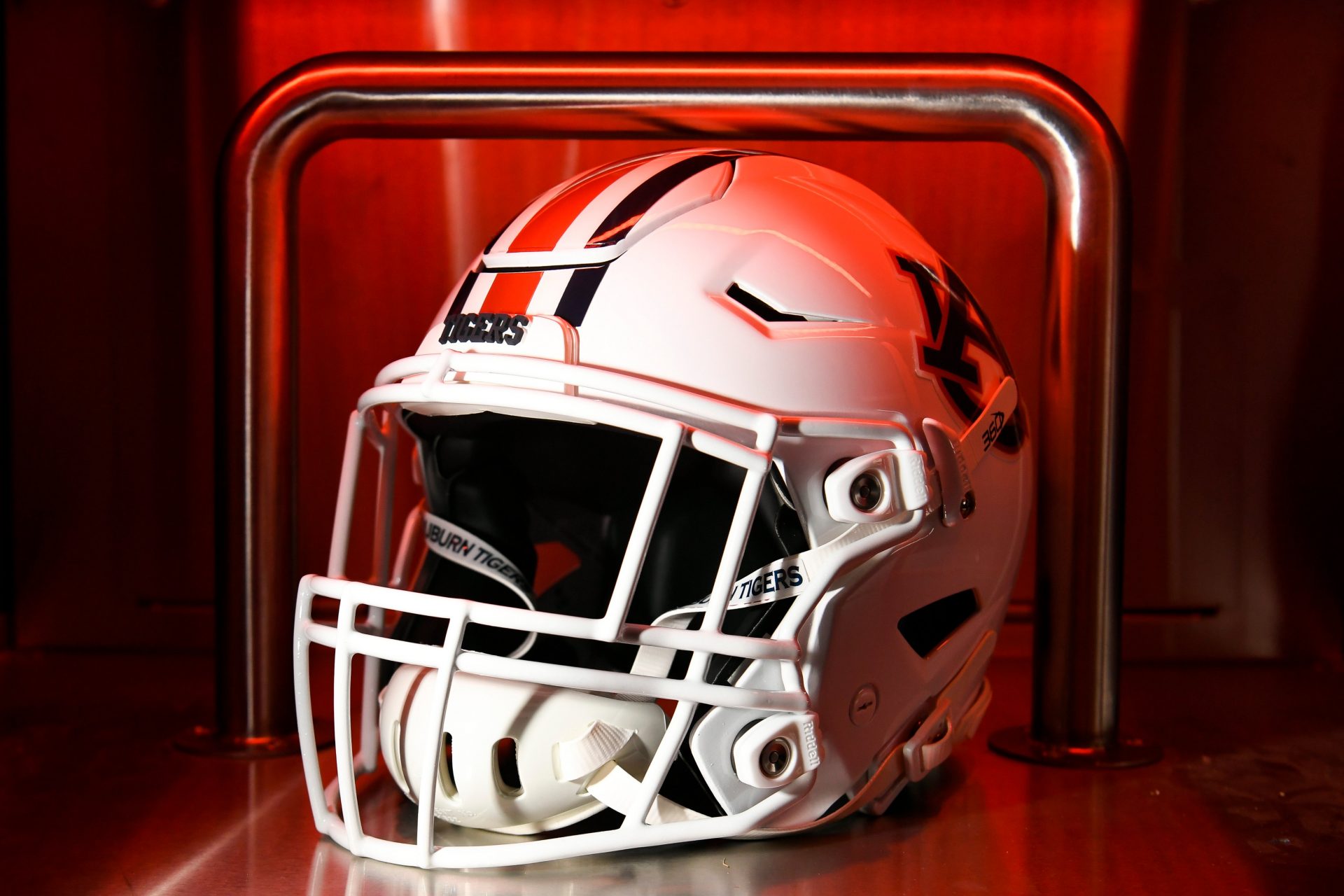 In 2016, I asked my then buddy @breakorbitlive to use his skills to show us what an Auburn helmet would look like with white facemasks. It looked awesome, as expected. 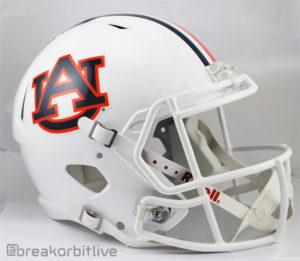 Fast forward five years, and we have Auburn traveling to Penn State in a top 25 matchup with ESPN’s Gameday in town. All that anybody has talked about is Penn State’s White Out and how it will be impossible for Auburn to handle.

Late yesterday afternoon, Auburn posted a cryptic video that seemed to just be a mixture of hype and a reminder that the best uniforms in football were going to be in action this weekend. But right before the camera got to the helmet, the video stops. It made some ponder that Auburn was hiding a secret about Auburn’s helmets or more likely their facemasks. Here, watch it.

Then, on gameday morning, way too early for me or anybody else to be up, Auburn stopped with the tease, and showed us that it was true. Auburn is wearing a white facemask at Penn State.

Aside from it just looking awesome, and it showing that maybe we’re now okay with small tweaks that do not nothing to Auburn’s “traditional” uniforms, I love the troll factor.

Penn State thinks they’re gonna be something with a white out. Auburn is already showing up in their all whites. Why not make it really ALLLL white? You white us out? No, we white you out.

Here are a few more shots from Auburn.

T-Will Addresses the Negativity in “Tomorrow”