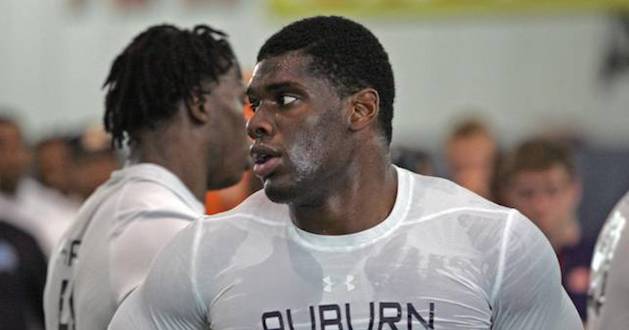 Carl Lawson is a beast, and sometimes beasts need to be studied to understand what makes up their beastlihood. Yes, that’s a word.

Auburn football players are no stranger to the studies done by ESPN’s Sports Science. In fact, Carl is the 4th Auburn Tiger to be weighed, measured, and found not wanting by the show. To nobody’s surprise, they’ve determined that he’s the hardest hitting defensive player they’ve ever studied.

Of all the prospects we tested in this draft, @carllawson55 recorded the hardest hit on our dummy. Check out why he's such a beast here pic.twitter.com/eBWFmHLRbv

And I’m not sure sure what this is, but it’s apparently Carl’s view during some of the tests. I’m dizzy.