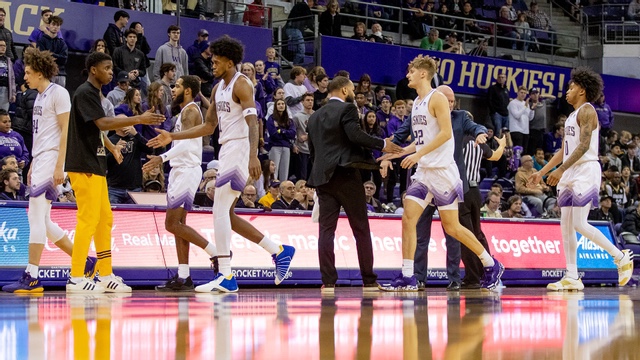 For the second game in a row, Auburn is heading out west to play a Pac-12 school. This time it is the Washington Huskies out of Seattle. They are coached by head coach Mike Hopkins who is in his 5th season. The Huskies have appeared in 17 NCAA Tournament including 9 Round of 32 appearances, 7 Sweet Sixteen appearances, 4 Elite Eight appearances, and 1 Final Four appearance. A consistently good basketball team, Auburn, will have its hands full tonight.

These two teams have only played each other one time and it was in recent memory. Coach Bruce Pearl and the Tigers won in 2018 88-66.

Coming off their second loss of the season, Auburn looks to take its anger out on another Pac-12 school. Wendell Green played the first half of the USC game before sitting out the second half. It may be nothing but worth noting for this game. Regardless, I expect the continuation of the involvement of freshman Tre Donaldson. The team is synced up the most when he is in the game. Providing a consistent offensive presence while still providing good defense on the other end. Even with their recent blowout win over Idaho State, Washington has struggled against bigger competition, and I expect that to happen tonight. A good defense with not a great offense will lead this game to be like the USC game. Just maybe with a different result.

I believe Auburn is incredibly close to figuring out themselves and finding consistent offensive pressure. Turnovers needs to be cleaned up, but I am not worried considering the game was a record high for Pearl. I believe we will see an Auburn team eager to prove themselves. With that said, give me Auburn beating Washington and covering.