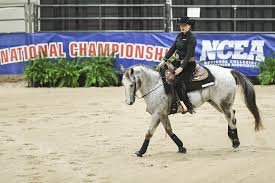 Happy Good Friday. Whether you’re at work or have the day off, there’s no better way to waste your afternoon than pouring over every meaningful Auburn headline. I left bacon in the oven too long while writing this, so help me honor my gone-too-soon breakfast sandwich by reading this article. Enjoy.

– ESPN released its preseason college Football Power Index. What do you think about Auburn’s ranking?

– Auburn’s path to the national championship certainly won’t be easy, but we’ve seen a field of blue bloods on the schedule before. I wonder if the Football team can learn anything from Basketball?

– Speaking of Football, catch up with Gus Malzahn now that Spring practice has ended.

– We have a bit more clarity on the QB battle, but nothing definitive. Who would you like to see start as Auburn’s signal caller?

– You may have missed these other position battles while focused on the quarterbacks.

– See whose stock increased this Spring on both the offensive side and defensive side.

– Take a look behind the scenes of Football throughout this season.

– If you want to avoid anger on this Good Friday, don’t read this AL.com article lumping Bruce in with other, actually corrupt, coaches.

– In lighter news, there’s been a slight change in Basketball’s schedule next year.

– Bruce is really starting to recruit at Auburn, see how next year’s class could fit in.

– Baseball has struggled lately, but isn’t giving up hope. That hope showed with a big SEC win against Ole Miss.

– See full highlights of the game one victory here.

– In other Baseball news, see which former pitcher is hanging around to finish a degree.

– Gymnastics was eliminated from the team competition, but see which individual is still competing.

– Equestrian news! The reigning champions are through to the finals to defend their title. Here’s the path they took to get there.

– There are still event competitions going on today. Here are the brackets for Equitation Over Fences, Equitation On The Flat, Horsemanship, and Reining.