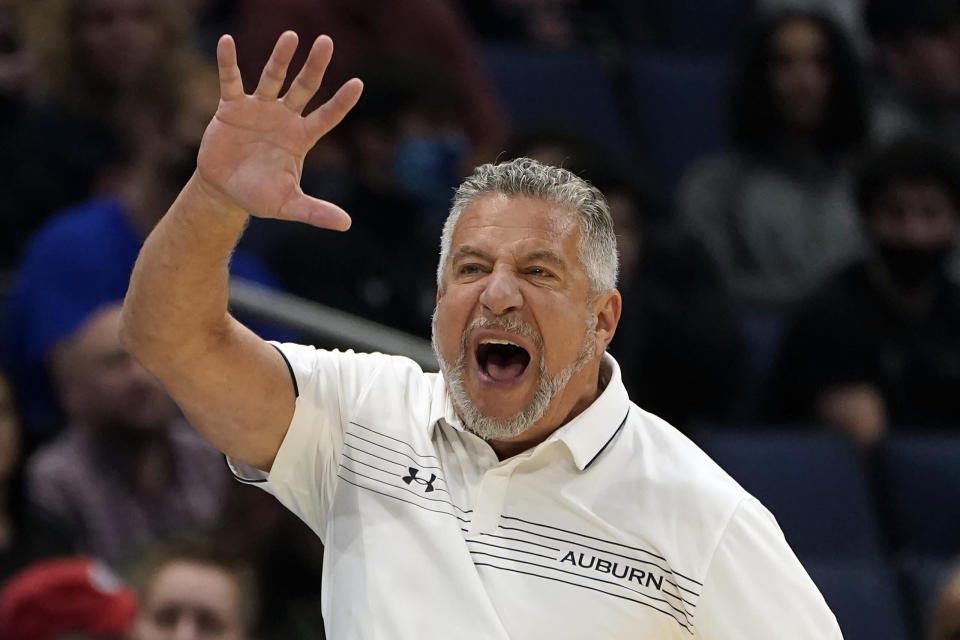 While most of our attention was on the Iron Bowl and the Thanksgiving holiday, Auburn basketball traveled to Nassau, Bahamas to play in the Battle 4 Atlantis Tournament. The Tigers finished in 5th place with a 2-1 record. Jabari Smith and KD Johnson were the stars of the tournament, scoring a combined 117 points over the three games. The Tigers return to Auburn Arena for more non-conference matchups against UCF and Yale this week.

Auburn and UConn played one of the best games of the college basketball season so far. The Huskies outlasted the Tigers by a final score of 115 to 109. After exchanging leads throughout the game, Auburn found themselves down by two after a late three-point shot from Adama Sonogo with 13 seconds to play. K.D Johnson took the ball the length of the court to send the game to overtime. 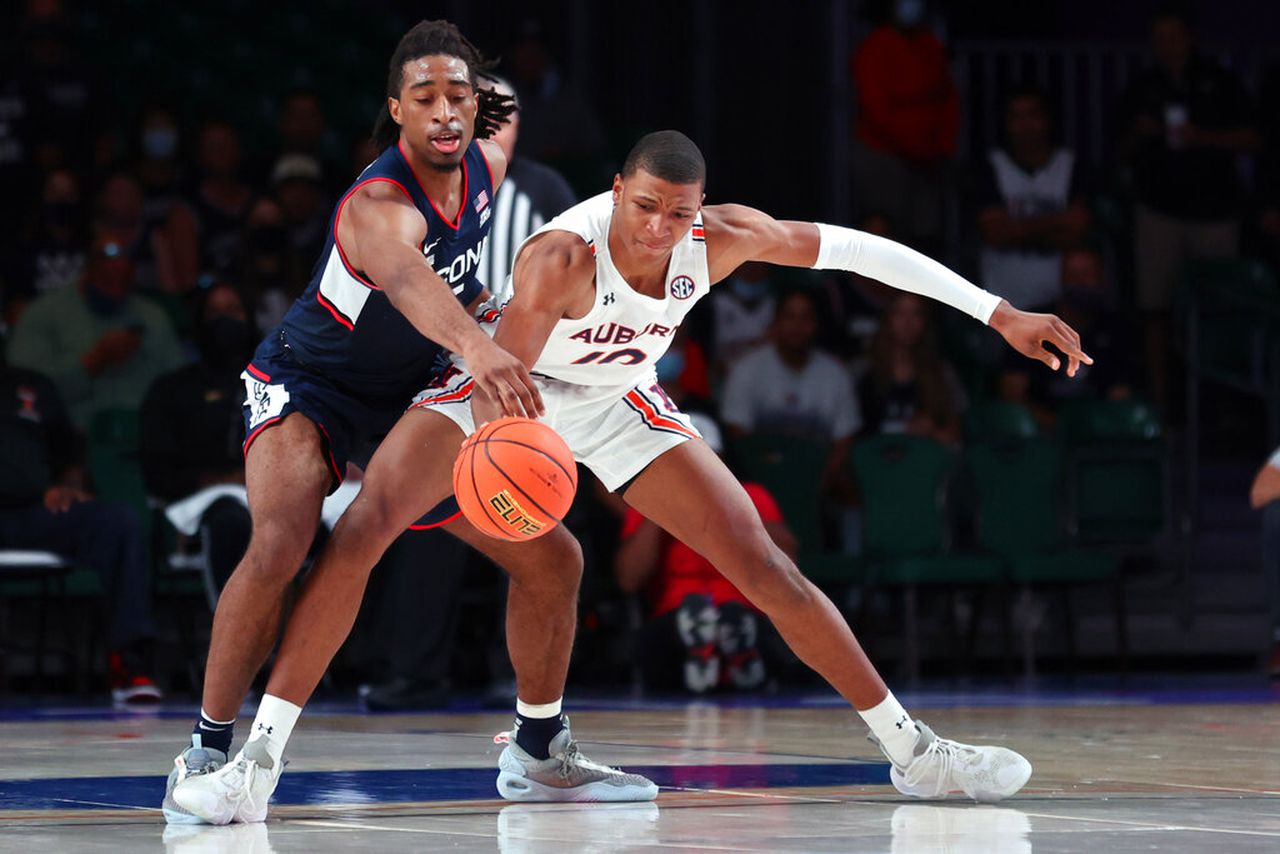 Another wild sequence took place in overtime as UConn turned the ball over at half court giving K.D Johnson another chance to win or tie the game. Johnson took it straight to the basket and put in a layup to send the game to a second overtime.

In the second overtime, the Tigers were unable to hang on as the Huskies hit a pair of three point shots to ice the game. Despite the loss, Auburn showed a lot of fight and character. The defense continued to cause problems as the Huskies turned the ball over 24 times.

The Tigers rebounded from their loss by taking down Loyola-Chicago Ramblers by a final score of 62-53. Both teams looked very flat in the first half. The Tigers defended very well the whole game with 18 turnovers and seven blocks.

Walker Kessler had his second consecutive double-double with 13 points and ten rebounds. Jabari Smith was the leading scorer with 14 points and four rebounds.

Auburn played in the fifth place game against Syracuse, who made a run to the Elite Eight last season. The Orange had lots of shooters including Boeheim brothers who were some of the stars in the NCAA Tournament.

The Tigers put on a stellar performance as Jabari Smith showed everyone why he is one of the top NBA prospects in 2022. Smith had 22 points, 4 assists, and 6 rebounds. 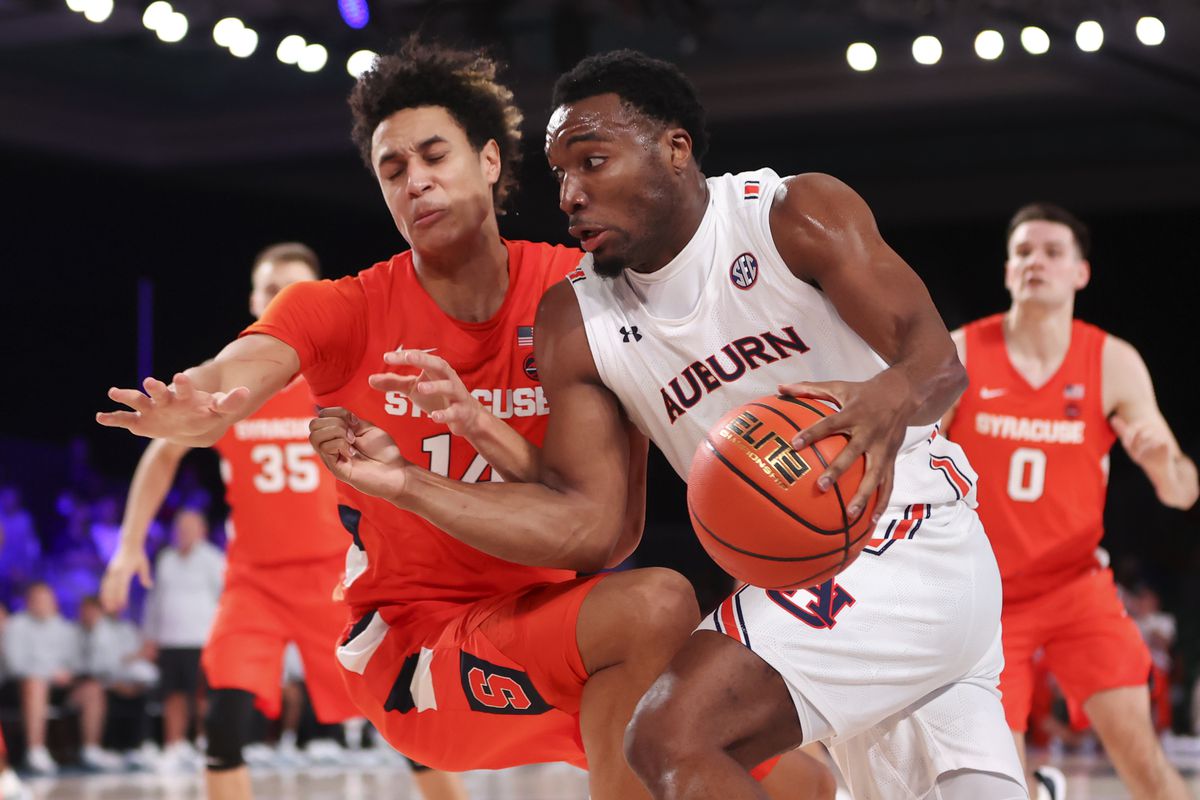 Auburn’s defense was brilliant again forcing 15 turnovers and blocking five shots. The Tigers shot 50 percent from the the field which was their highest field goal percentage of the season. After the game, Bruce Pearl reflected on how well his team improved over the three games.

“We got a lot better,” Pearl said. “You just saw us play half our season so far. So zone against Syracuse, difficult Loyola offense and athletes and physicality of UConn. We saw a lot. Can we build on it now? That’s the question. We got a lot better this week.”

Auburn will take on UCF on Wednesday and Yale on Saturday. The UCF Knights are looking to defeat Auburn for the second straight season after Auburn fell on the road last season. The Knights are 4-1 with an impressive win against Miami and a close loss to Oklahoma. Auburn is favored to win, but it will not be easy.

The Yale Bulldogs will face Lehigh on Wednesday before traveling to Auburn on Saturday. The Bulldogs are having a shaky start to the season, but they will face an uphill challenge away from home. The Bulldogs have taken losses against Seton Hall, Vermont, Southern Utah, and Stony Brook this season. Despite the poor start, the Bulldogs are the favorites to win their third straight Ivy League crown this season.

Auburn slipped to number 21 in the recent AP Poll Rankings. It’s nothing to worry about this early in the season. The Tigers should be happy with the way they played in the Bahamas. They continue to get better each week and going 2-1 against a field of teams like that was very impressive. Players like Walker Kessler and Jabari Smith are stepping up and making plays which is great to see.

Interesting Tidbits before the Final Four