We finally have some separation at the top, but it seems like there’s a new leader after every game. One thing is constant now, though. My winning chances are done. Somehow I will only finish with one less correct pick than the probable winner, but because of the scoring style that gives later games more point value, I won’t win. Oh well, I’ll let someone else win the awesome prizes this year. View the full standings here.

Word on the street is that Will Lochamy, of Oh Brother Radio and The Iron Bowl Hour, had never filled out a bracket until this year. It’s amazing how persuasive I can be. And now it looks like he could win this whole thing. Like the main group, it looks like I’ll have the most or second-most correct picks, but because of the scoring, I won’t win. Who’s dumb idea was it to do the scoring that way? Oh yeah… mine. 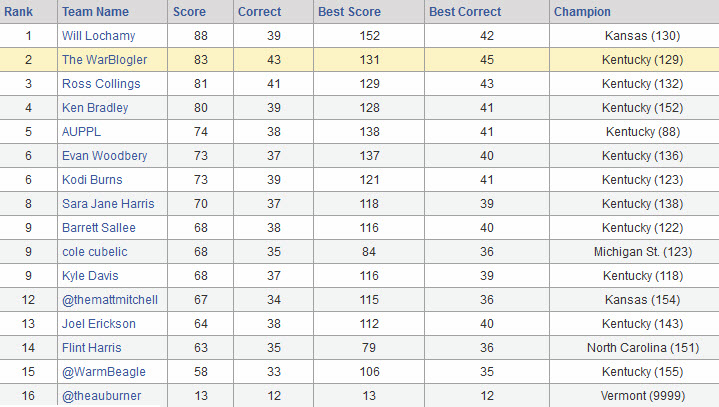