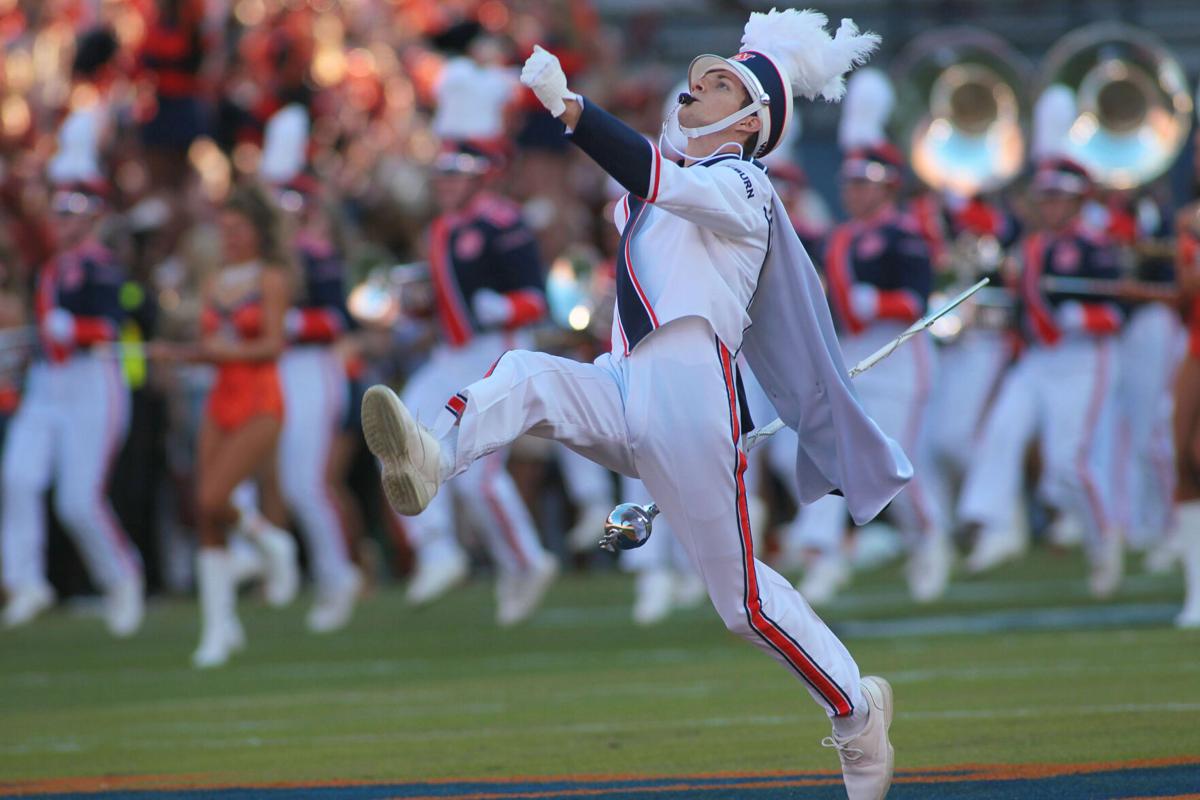 Ah yes, the 11 am kickoff, the best way to start your Saturday. And look! That’s when Auburn’s set to play Mississippi State this weekend. But while you roll out of bed sometime between 8 and 10:30, grab your morning coffee and flip to ESPN for College Gameday, there’s a group of insane cultists who’ve probably been up since like 4:30, and that group is the Auburn University Marching Band.

An absolute eternity ago (2019) I too was a member of the AUMB, and I had to do a lot of getting up early for football games. However, the 8am call times for most games paled in comparison to what we had to do whenever the plinko machine that decides the game times lands at 11 am for Auburn. In fact, I managed to find an old itinerary from the Ole Miss game in 2017.

Behold, the pdf that literally defined a day for like 300 people…. 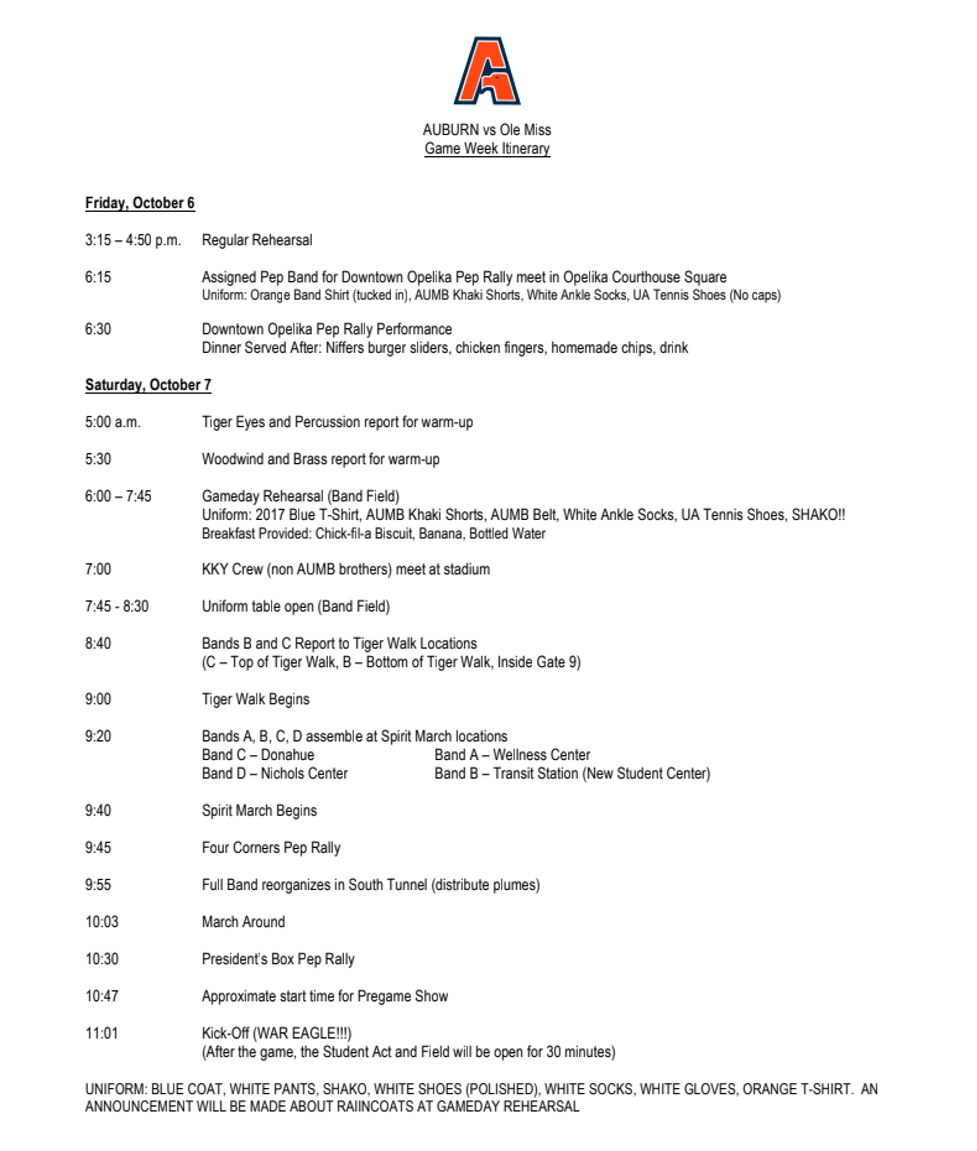 So now that you’re done beholding, let me walk you through the typical AUMB 11 am game experience:

First things first, sleep. No really, I’ve tried staying up all night for early games, it isn’t worth it, so the whole experience begins with setting 50 alarms and hitting the hay. The next morning, you either snoozed 48 of them and woke up in a panic or you woke up immediately and still were a little panicked but not as bad because you had some time to get ready. I actually got into the habit of waking up 2 hours before call time on gamedays, which, yes, means I’d wake up at 3:30 am, don’t judge me.

Most of the band (aka the Instrumentalists that weren’t drummers) are required to show up before 5:30 in the casual uniform with their instruments, shakos (the big hat that has removable feathers), and whatever else they need (If you aren’t there by like 5:15, realistically, you’d probably get like 4 people trying to call you until they knew where you were). Then from 5:30 – 6, you stretch and warm up with your section, and the glorious sounds of gameday begin.

Immediately after, you practice and run through both the pregame and halftime shows (I think we usually did halftime first, but I could be wrong) and there are plenty videos of that but here’s one from my time:

You see, only half the band does Tiger Walk on a normal gameday, so that half has to eat whatever you got for breakfast extremely quickly and then change and go to Tiger Walk, while the other half actually gets to take a second to appreciate the early morning weather (at this point it’s around 8, which is coincidentally when College Gameday starts).

At 9:00, that first group is starting Tiger Walk while the second group has now finished getting dressed and is mobilizing towards Four Corners (The march forward is called “Spirit March” in the itinerary, but I don’t have to abide Dr. Spurlin’s rules anymore so I’m calling the whole thing Four Corners), which ends with you marching into the stadium.

At this point you have 5-10 minutes to: get a sip of water (maybe), grab a plume (the “removable feathers” from earlier), and line up for march around.

Needless to say, it’s a bit frantic, and frankly, the whole experience is kind of a blur, a fun blur, like alcohol, but not like alcohol because you’re not allowed to drink in uniform.

Finally, we’ve arrived to what most students see every week, so I’ll stop here for now. I just hope that, as you sit there ready for kickoff on Saturday, you’ll sip on that coffee and enjoy it and probably not be affected by this at all and that’s fine because I’ll be right there with you.

Oh, and in case you were wondering, yes, it was worth it