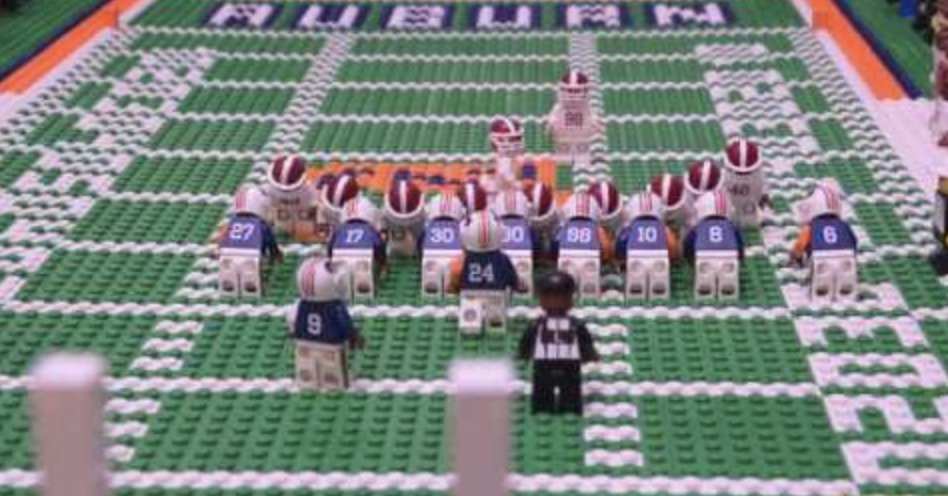 It has everything. Jermaine Whitehead waving his arm before the kick, Nick Saban’s angry faces, the red-head in the crowd and his surrender cobra, Avery Young covering his mouth in disbelief, and finally AJ McCarron kissing his receiving line as he runs from the hysteria. It is everything.

This @AuburnFootball kick 6 is something I've been wanting to re-create for a while now. Lego @chris11au is a speed demon. I'm officially ready for College Football season. #wareagle pic.twitter.com/L0yLH9KKH9