Jason Dufner met with the Auburn basketball team yesterday, and somebody thought it was a good idea get the team to Dufner with Dufner stoically holding his PGA Championship trophy. My main issue with Dufnering is all of the terrible pictures out there with people who’ve obviously never seen the original. Fortunately, it looks like 13 of the 14 guys on this year’s team have. 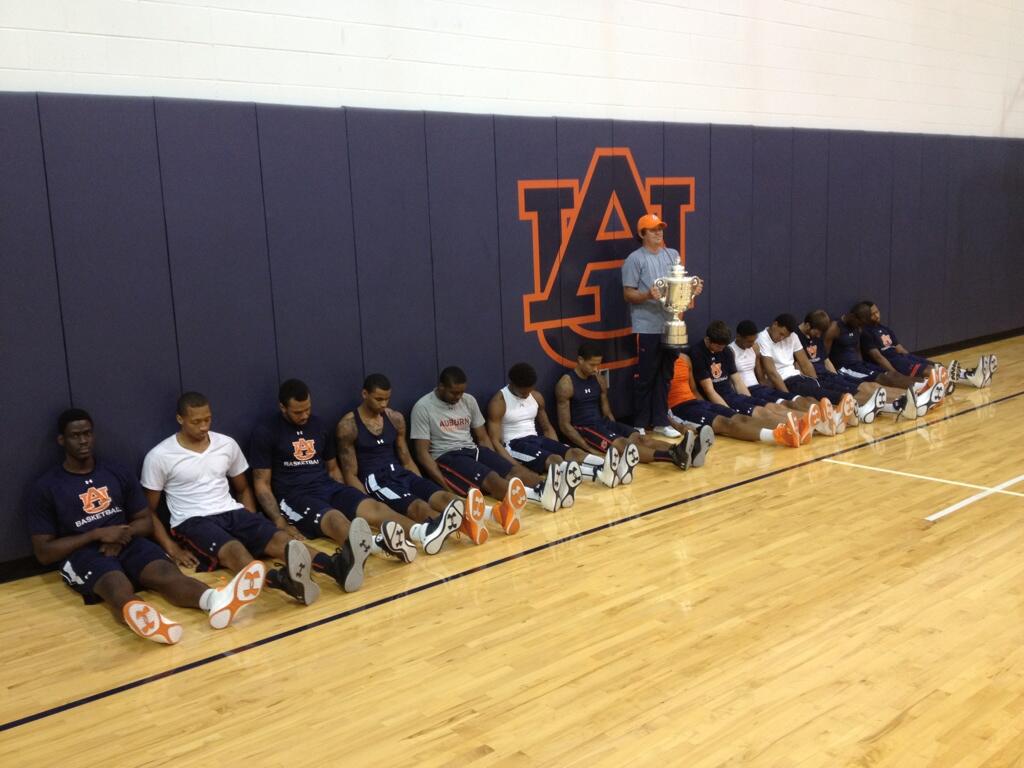