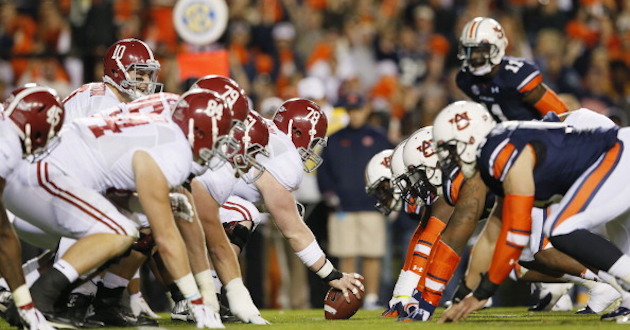 I’m not one to brag, and I realize 75% is nothing to gloat about, but you may want to go look at my score predictions from last week. They are, like, scary close. Therefore, you may want to bet the barn on the numbers the crystal ball showed me this week.

LSU at Texas A&M – Both of these teams are currently in the bottom half of the SEC West. The winner could end up as high as third if a few things happen this weekend. Both teams are coming off bye weeks that followed games they both probably should’ve won but didn’t. Just because the SEC is weird, I’m going to pick LSU. It’s weird because LSU was blown out by Auburn, but Texas A&M dumbfounded Auburn.

Arkansas at Missouri – If Missouri wins, they go to the SEC Championship. Normally, I’d be against that. Now that Georgia would go if the Tigers lose, I’m all Missouri this weekend. The only problem is that Arkansas is sort of on fire. They haven’t given up a point in their last 10 quarters. That includes a half against Mississippi State, and full games against LSU and Ole Miss. But I think they’ve done all they can do this year. Missouri at home on a weird day will be too much.

South Carolina at Clemson – South Carolina has beaten Clemson five times in a row, and while Clemson isn’t that strong this year, you have to feel like they’ll finally end that streak against a down South Carolina. But South Carolina has won games in this current streak they definitely shouldn’t have, and they’ll do it again Saturday because Spurrier owns Dabo.

Georgia Tech at Georgia – Georgia is coming off a bye week after beating Auburn while losing Gurley again. As we saw, it won’t matter. Georgia Tech’s offense will give them fits for a half, but Nick Chubb will win the game for the DWAGS. And hey look, Georgia’s playing another noon game at home! Seriously, they have to have the record on that.

Kentucky at Louisville – Kentucky has been on the cusp of being bowl eligible since the sixth game of the season, but have lost five in a row. It will be six in a row after this weekend. But their basketball team tho…

Florida at Florida State – It’s completely setup isn’t it. Muschamp on the way out. One last hoorah. Beat his rival. End their post season hopes. It’s like it’s meant to be. But isn’t that how almost all of Florida State’s games have been this year? They could be down 500-0 at halftime and they’ll win 501-500 on the last play. It’ll happen again this week.

Tennessee at Vanderbilt – It’s that annual clash to decide who gets bragging rights in Tennessee for the whole year. I say this every year, but we have got to fix this. Auburn is playing Alabama as their rival. Georgia has Georgia Tech. Florida has Florida State. Tennessee has…. Vandy? A joke, it is.

Auburn at Alabama – Check my game preview tomorrow, but SPOILER ALERT: just as even as it was a month ago.

Michigan at Ohio State – It’s so cute when those from the North, or anybody outside of the Southeast for that matter try to make this the biggest rivalry in college football. Why? Because football in the North used to be king while the South was going through Reconstruction? It’s kind of like Russia claiming that they are still the best in women’s weightlifting. They probably are, but it doesn’t matter anymore. Just like the Big 10 doesn’t matter anymore.