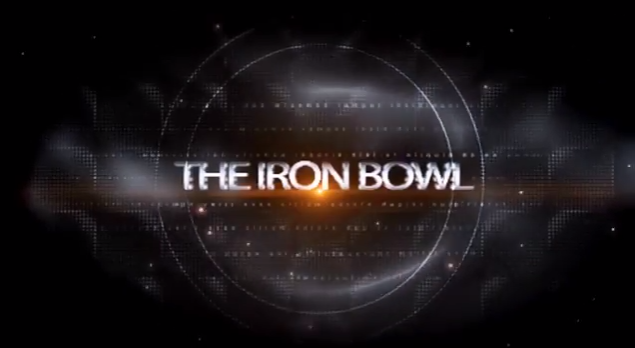 The Iron Bowl is the game of all games. It’s the rivalry of all rivalries. It’s what other college football teams long to play in. They won’t say it, but it’s true.

For that reason, this game is about more than what it means to the SEC standings. It’s about more than winning to get to a national championship. The world watches this game, especially after last year, and they’ve picked their own sides. They won’t say it, but it’s true.

Auburn isn’t playing for anything but a higher bowl seed. That sounds sad given what Alabama is playing for, but if Auburn can win they’ll likely put Alabama in the same boat. That’s enough for me.

Sure, I’d like to be 11-0, but I wouldn’t swap this year for any year I’ve pulled for Auburn. Well, I wouldn’t go that far, but just as they always say, any negativity in any season can be taken away if you win this game.

Auburn is certainly capable of winning this game. Had the anomaly of the witchcraft voodoo football god wrath of the Texas A&M game not happened, Auburn is likely sitting at 10-1 just like Alabama this week.

This isn’t some bad football team. They’ve had one full bad game this season and it was so hungover-ridden it wasn’t even funny. Auburn has the offense to beat Alabama. Alabama has the offensive line to lose to Auburn.

Yes, Alabama did beat Texas A&M 59-0 when the Aggies were at their lowest point of their season with Kenny Hill in the backfield. Auburn lost in the aforementioned anomaly to a Texas A&M lead by a different quarterback. Different.

So let’s not act like just because Auburn got beaten by Georgia on the same day that Alabama beat Mississippi State that all of a sudden Auburn is awful and Alabama is untouchable. It’s not true. The fate of a season and the workload and the body of work can not change on one day.

Everybody always says the better team usually wins this game. There aren’t many upsets. They’re talking about big upsets. Auburn winning this game would not be a big upset. Take one bad game away and people are saying this game as even as it’s ever been.

Auburn didn’t forget how to play football. This team is certainly capable of going into Tuscaloosa and beating Alabama. It’s been done before and it will be done again.

It will be done today, and as far as the score is concerned, in a very similar fashion.

Not to beat a dead horse here but it’s awesome the DWAGS lost after all their trash commenting and trolling on here a few weeks ago. They choked as usual and Missouri won the east, it’s awesome. Hopefully we will show up for the iron bowl and make little Nicky cry!

Agree. Screw UGA. I think I hate their asshole fans and “hospitality” a little more than Bama.