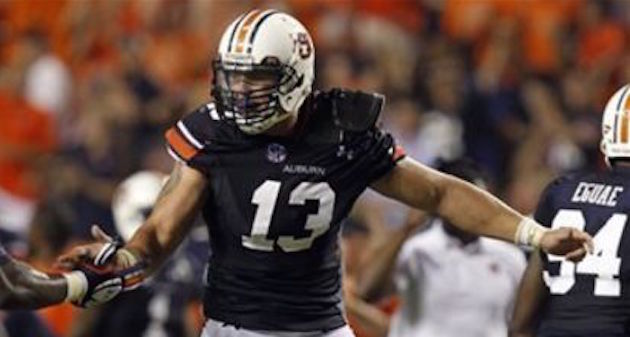 Next week is the real rivalry week, so most SEC teams are taking this week off. No, not with actual byes, but with teams you probably haven’t heard of. Fans that watch football on tv and act like these teams owe the something don’t like it, but it’s good every once in a while, especially after last week and what’s coming next week.

Eastern Kentucky at Florida – The “we’re just letting our old coach stand on the sideline” portion of the Florida season begins this week. I’m sorry, Eastern Kentucky. You’re going to get all of the Boom.

Charleston Southern at Georgia – The Buccaneers are 8-3 and lost to Vanderbilt by one point earlier this season. That’s not saying much. Besides Georgia is ready to dance and wave their towels on the sideline again. Nobody can stop them when they’re doing that.

Ole Miss at Arkansas – I picked Arkansas to beat LSU, and a few weeks ago I was writing this one off as an Ole Miss win. I don’t know about it now. Sure, Arkansas has won one SEC game in two years, but that one win can really jump start a team. And it’s at home. Ole Miss still actually has a chance to win the West, but a loss to Arkansas will kill it. I think they’ll pull it out just because of that.

Western Carolina at Alabama – The Alabama basketball team just beat West Carolina in a blowout (6 points). The Alabama football team will actually blow out the Catamounts as they prepare for the Super Bowl.

Missouri at Tennessee – Missouri must win their remaining two games to win the SEC East. If they do not, Georgia goes to Atlanta. For that reason alone, even though Missouri winning the East two years in a row would be the biggest slap in the face to the East, let’s go Tigers.

Vanderbilt at Mississippi State – If the Bulldogs were playing any team in the SEC besides Vanderbilt, I would pick an “upset.” Their hopes and dreams were killed in Tuscaloosa last week, and any time a team that isn’t used to success has their dreams dashed, they usually don’t ever recover. But… Vanderbilt is terrible.

Samford at Auburn – Check back tomorrow for my game preview, but SPOILER ALERT: rest, relaxation, and getting things right.

Louisville at Notre Dame – Some people that get paid to write about college football have predicted that Auburn may play Notre Dame in their bowl game. Auburn plays Louisville in the first game next season. So my brain thinks of stuff like this being a game against Auburn’s last opponent this year and first opponent next year. Whatever, Notre Dame is better. Oh, and both of these teams should’ve beaten Florida State. There’s you another connection.