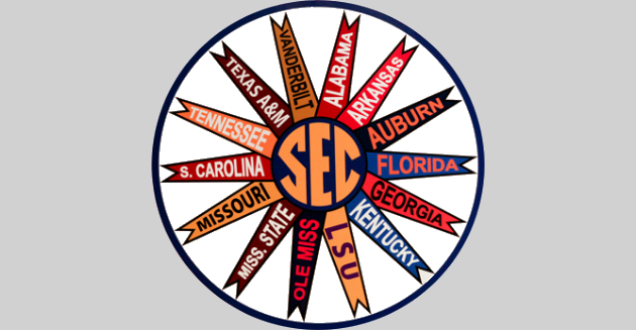 Last year was a pretty successful year, but picking against the spread and simulating games on EA Sports NCAA Football made it way too big of a hassle, so this year we’re going back to the basics. I’m picking the score of all SEC games and a few nationally relevant games. That’s it.

Texas A&M at South Carolina – Johnny is gone. Clowney is gone. Who has more left? South Carolina. I’m not near as high on the ‘Cocks as most. They’ll still win 10 games and have nothing to show for it. But the excitement will be way too much in Columbia tonight for a South Carolina win to not happen.

Boise State vs. Ole Miss(Georgia Dome) – Ole Miss is the only SEC West team to never make it to Atlanta for the SEC Championship Game. So to give their players a chance to make it to the capital of the South, they scheduled them in the Chick-fil-A Kickoff against a team that would have been more exciting 5 years ago. This ain’t the same ol’ Boise, and Ole Miss ain’t bad by SEC terms, so the Rebels will beat the Broncos down.

Temple at Vanderbilt – Wow. What a game. I just don’t know what I’ll do until this one kicks off. Way to drum up excitement, Vandy. You are sure to pull a few dozen for this one.

UT-Martin at Kentucky – Wow. What a game. I just don’t know what I’ll do until this one kicks off. Way to drum up excitement, Kentucky. You are sure to pull a few dozen for this one. But UT-Martin dresses like Auburn, so they’ll win. Nah, I’m just playing. It’ll be close, though.

South Dakota State at Missouri – Hoo boy, we are just off the chain this week, ain’t we, SEC? Missouri, I knew you were a fake. I knew the only reason you were there last year was because of Florida and Georgia’s injuries. You don’t play in the SEC Championship Game and then back it up playing a team from the Dakotas. You just don’t. Get it out. No, really, get out.

But seriously, for the 2nd year in a row, Missouri doesn’t have an SEC game until Week 5. I want them gone.

West Virginia vs. Alabama (Georgia Dome) – Look at Alabama taking that step out and playing that tough non-conference opponent to start the year. They ain’t skeered! What’s that you say? West Virginia won 4 games last year? Oh, but this is a good quality opponent. We should all be like Alabama.

Alabama won’t score an offensive touchdown in the first half.

Clemson at Georgia – I had to look up Clemson’s quarterback’s name the other day, if that tells you how well the Tajh Boyd/Sammie Watkins replacement project is going. Georgia is one of the picks this year to be that team (I’ve written this sentence for 5 years straight). Georgia will win big, though, because Clemson is not even good enough to Clemson this year.

Idaho at Florida – The vandals will be making the trip to Gainesville this weekend. No, I’m not talking about Florida’s roster. I mean the Idaho Vandals. HEY-OH. Good one, Blogle.

Will Muschamp will begin his redemption tour against a haughty opponent from a conference that no one outside of Idaho can name. Let’s keep those QBs healthy, Boom.

Utah State at Tennessee (9/1) – “Watch out for Utah State! They’re dangerous. They’re a good ball club!” says every Auburn fan ever. But really, they ain’t half bad. And the quarterback that almost beat Auburn in 2011 is still there. Chuckie Keeton will make the Vols sweat, and Utah State Aggies will win in Knoxville.

Florida State vs. Oklahoma State (Arlington, TX) – I’m not sure why this game isn’t getting as publicity as it should. You’re got the reigning champ against a team that was in the mix very late in the season last year. And it’s a neutral site? Did Oklahoma State lose everything? I don’t know, but it seems like one of the two decent games on Florida State’s schedule would be getting more. They’ll barely win and solidify their spot in the College Football Playoffs.

Ohio State at Navy – It’s simple. Ohio State lost their quarterback and is starting a guy who has never taken a snap in college. Navy runs the triple-option. The game is on a neutral field, but basically a home game for Navy. Navy ended last season with 5 straight wins. The odds are in Navy’s favor, so I’m bringing back the Upset Special. Navy wins somewhat convincingly.

Kenny Chesney is at the ‘University of Auburn’

Yes, OK State lost EVERYTHING off of that defense. FSU is going to piledrive them.

FSU vs OK State not getting the publicity it should? GameDay is going to be there and it is the prime time ABC game of the week.

Honestly haven’t heard a thing about it. Maybe I’ve been watching too much SEC Network.

I think picking Utah State was a good call. Even though A&M came out of nowhere lol. War Eagle

By the way, Im a 14 year old in computer class typing this right now.