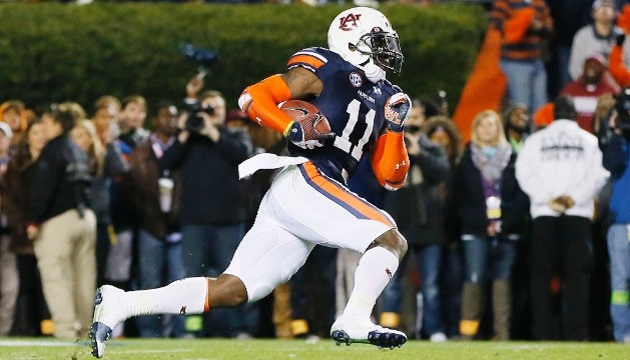 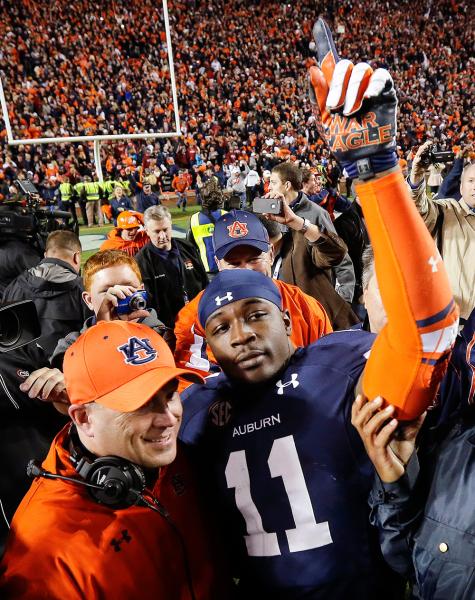 Well that was dramatic. The truth is that it took more than 60 minutes to beat Alabama, and that’s what Auburn did.

Coming in to the game the story was heavy on the idea that Alabama’s offense, which is more explosive than your normal Alabama offense, would be able to score points on Auburn’s defense, keeping up with Marshall and Company.

On Alabama’s 13 drives, Auburn forced the Crimson Tide to 3 punts, 3 missed field goals, 1 blocked field goal, and 1 turnover on downs. Of Alabama’s 4 touchdowns, one came on a drive that began at the Auburn 36-yard-line, one came on a drive extended by a pretty inexplicable offsides from Dee Ford, and one came from a 40-yard pass, aided by a busted man-to-man coverage, that turned into a 99-yard score. All of that took more than one second.

After Tre Mason fumbled to give Alabama the aforementioned short touchdown drive, he ran like a bull-headed man possessed. He put the entire offense on his shoulders in the final drive before the half to keep the score from getting away. It was the drive that saved the game. All of that took more than one second. 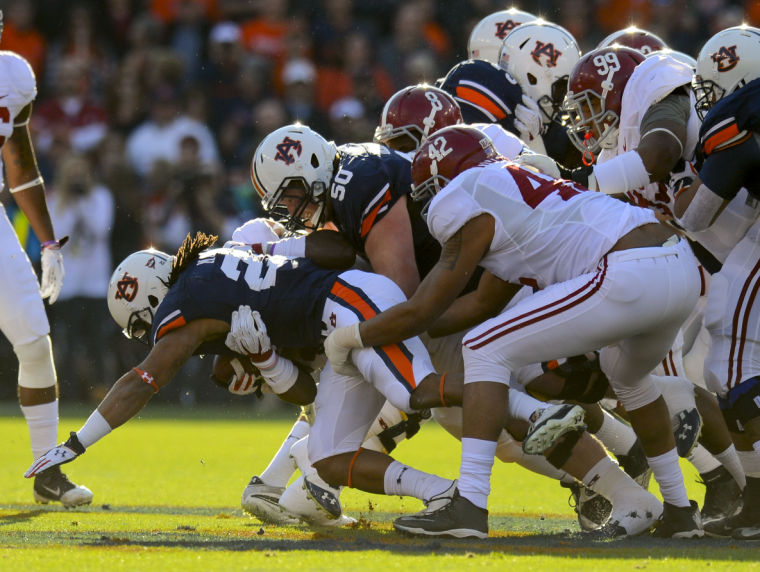 And what about the two perfectly thrown balls to CJ Uzomah and Sammie Coates on the best baitjob in college football history? The Alabama defense was going to force Marshall to beat them with his arm. Well, he only threw for 97 yards (why throw if you can run for 300?), but two touchdown passes are all that matter, especially the one with less than a minute to play. Multiple times in the game, the Alabama defense looked lost. The best defense Auburn has faced looked lost. And all of that that lasted for more than one second.

When Alabama got the ball back with less than a minute to kick a field goal, I was standing around the 50 yard line on the home side in the walk way between the lower and upper sections of the lower bowl. Minutes before Sammie’s touchdown, my mom, one of my brothers, uncle, and @BabyBlogle came to meet me and @BeautifulBlogle there. That’s where we watched the final minute.

I went Georgia-ending crazy when Sammie Coates scored. I realize it wasn’t the same type of situation exactly, but the fake run pass tricked me as badly as it tricked the Alabama defenders, so I went ape. After telling @BabyBlogle how huge that was, we got nervous again for the last 30 seconds.

We eventually made it down the steps onto the field, bumped into players, and hugged dudes that I knew that I would never hug in any other situation. It was a party. It wasn’t until I had been at the party for a few minutes that I remembered that the win meant that Auburn was going to Atlanta. It completed the snowball of bonuses.

I took as long as I could to leave the field. College kids were reenacting the play. Younger kids were getting their picture made with Auburn Santa (I saw his 70+ year old self running on the field with the first wave). I saw people doing snow angels in the grass. I saw people taking pieces of the hedges that were destroyed as people found anyway to get on the field as quickly as possible. 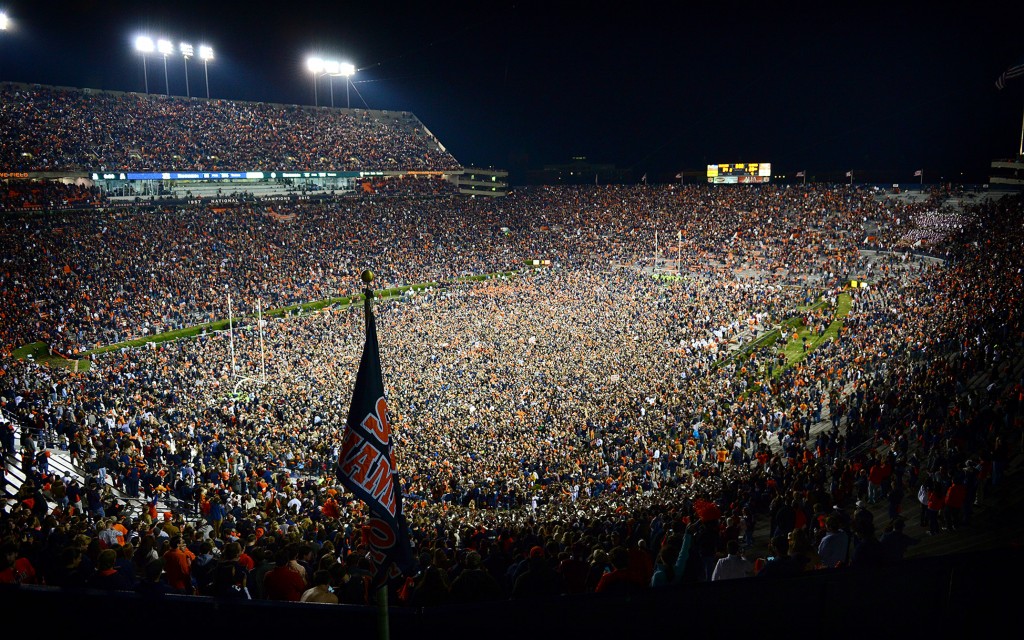 Also, uh, why have I not seen that picture of Tre falling forward before?! That is one of the best sports photos I have ever seen in my life.

That was the best game I ever seen!!! I’m still not over it!!!! We matched the best team, the number 1 team, the most unbeatable, gods gift to football team, score for score. So what does that make us? LOL!…. If I had wrote this article, Blogle, it would have just been a bunch of yells and random letters!!! Good job!

Meant to say we matched them score for score and won!!! Sorry still excited!!!

Brilliantly written assessment of this game.

You tweeted it early in the week. You want to call us lucky? Please refer to us as the lucky SEC WESTERN DIVISION CHAMPS!!

Blogle,
Have really enjoyed discovering your blog and following you on twitter this year. I follow various sources for auburn football news but you bring a great perspective and quality coverage. Great article. Keep up the good work.
War Eagle

“Also, uh, why have I not seen that picture of Tre falling forward before?! That is one of the best sports photos I have ever seen in my life.”

He’s not falling forward, he’s running, and all those other players you see are just his contrail.

“It was everything that was 2012 in complete reverse.”

Well said. Told my wife this morning “we picked the wrong season to go to two games.” (We wend to Clemson and GA last year.) Oh well.