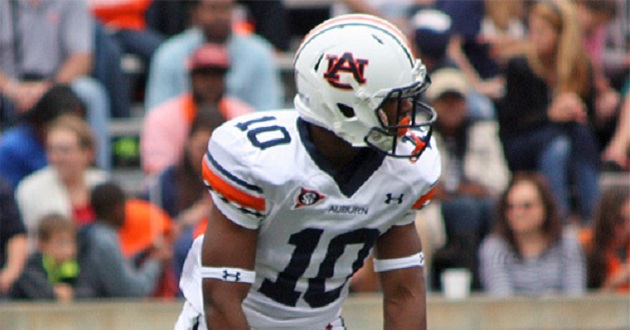 Week 10 has some good games. I mean, it has to be a good week anytime you have the Super Bowl to End All World Hunger: PART VI, right?

Mississippi State at Missouri – Raise your hand if you had any clue that this game was being played on Thursday? My hand is not raised. Weird things happen on Thursdays. We thought Maty Mauk was coming back, but now he’s suspended again for the season. Given the way Missouri’s offense has been without him, weirdness won’t be enough.

Kentucky at Georgia – Georgia is in shambles. Kentucky is in basketball season. If this was in Lexington, I may go with the ‘Cats, though. I still have to think that the DWAGS can score enough to beat Kentucky. Maybe?

Vanderbilt at Florida – The Gators have the luxury of watching the other two teams at the top of the SEC battle one out while they get to play Vanderbilt at home. I expect a slight letdown. I’m serious.

Arkansas at Ole Miss – The Battle of the Two Teams Auburn Probably Should’ve Beaten Over the Last Two Weeks will come down to talent. Ole Miss has more. They’ll beat the Hawgs by as much as Auburn should’ve beaten them.

South Carolina at Tennessee – South Carolina played okay against Texas A&M last week. Tennessee obliterated Kentucky. Both were on the road. The Gamecocks might have an extra pep in their step now that it’s somewhat of a new season without Spurrier, but playing at Tennessee will be too much for them.

LSU at Alabama – I just tried to type things about this game and the universe wouldn’t let me. It’s just too important. The game is too much. The teams are too elite. The universe would not let opinions flow forth unless they were what I just said. All hail a one-loss team and a team that has barely left home en route to a probably overhyped record. We know nothing of good football without these two teams.

Auburn at Texas A&M – Check back tomorrow for my prediction in the game preview, but SPOILER ALERT: it all comes together?

Florida State at Clemson – This is our last chance. All the times we hoped for Florida State to lose so they wouldn’t take up a spot at the top now meets the opposite fate. Clemson has one more game on their schedule. This is it. After that, they’ll have to beat somebody like Duke in the ACC Championship. Then it’s on to the playoff.

Florida State has a weird loss to Georgia Tech but they are good enough to win, but it won’t happen because the Devil loves Dabo in Death Valley.

TCU at Oklahoma State – The Horned Frogs have been tested many times this season. Texas Tech nearly knocked them off. Kansas State nearly did as well. Oklahoma State is a little more legit than both of those teams, and they’ll do it in a big win in Stillwater.

What I’m about to say is totally unrelated to the above predictions. I just got through reading an article where former DWAGS running back Todd Gurley is apparently a Duke hoops fan and cheers for them. Now I understand that DWAGS hoops isn’t quite the annual powerhouse that the Dookies are, but damn Tood your a DWAG!! I’m an Auburn Tiger through and through. Through the good and bad. Through the unbelievable and through the mediocre. I will admit when another team is good, but I will NEVER and I mean NEVER be seen cheering on another team or admitting I am a fan of any other university other than Auburn. I mearly attended college at Auburn and am a proud alum! Shout out to fall class of 2003!!! WDE!! I was never a college level athlete. After pondering said article for another minute it was clear to me that I have figured out what the DWAGS main issue is with the underachieving football program, all DWAGS want to be something other than a DWAG! And once separated from the DWAG nation said former DWAGS will freely admit that they really aren’t DWAG fans after all and beg the acceptance of other programs! Hard to get players to put it all on the line when that’s their attitude huh Marky Mark? WDE!!!