As if Auburn fans needed another reason to hate ESPN, here’s one more opportunity. Posted earlier today on ESPN.com’s Page 2 was freelance contributor Patrick Hruby’s little gem poking fun at the Cecil Newton situation. Hruby is a graduate of Georgetown and Northwestern, so he’s definitely the top guy to talk to if you want to know all about SEC football and related news. Well, I guess he is up there close to all the sources.

Anyway, as part of a “12 days of Christmas” series, he’s posting a letter to Santa a day from 12 people who were in the sports media spotlight over the past year, and it only took him a degree from Georgetown and Northwestern to come up with this. His parents should be proud. 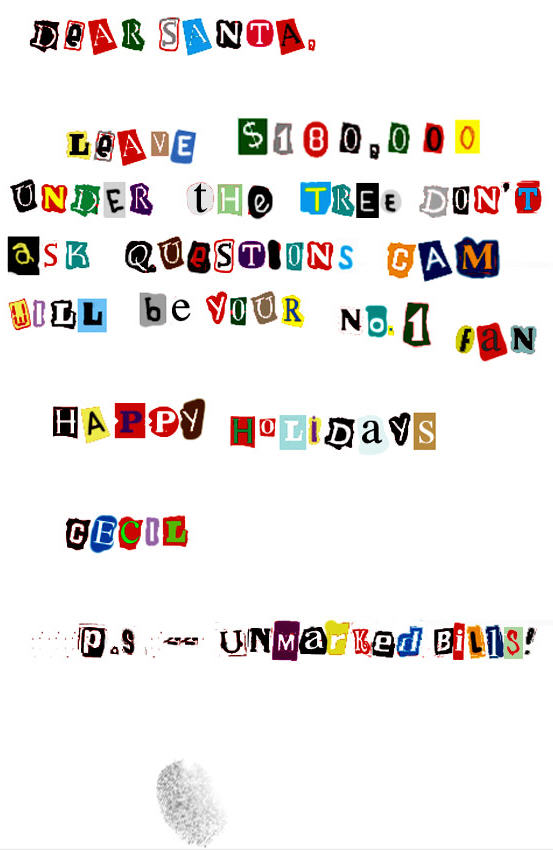 I realize this is all in fun, and I’m not thin-skinned enough to let it really bother me, but is this what we should expect from the world’s largest sports media outlet whose sole purpose should be to report sporting news? Now they have sites and writers dedicated to making fun of situations relating to college athletes? I would expect this from Deadspin, or EDSBS, or maybe even Clay Travis, but we’re talking ESPN here. Leave these jokes to pro athletes, not guys who are doing this for free. Yes, I expect a joke after that sentence as well.

Make sure you check out Hruby’s site. It’s very well done if you’re a fan of websites that look like they were designed by someone in 1989. His contact info is on there as well if you’d like to drop him a line.

Toomer’s: The Morning After

Obviously his education isn’t worth bunk. He should have signed letter “Merry Christmas” because we all know Cecil Newton is a Pastor. I don’t think I’ve ever met a member of the clergy who says “Happy Holidays!”

ESPN is just trying to keep the story alive in all ways possible, even the juvenile and stupid. I ask myself, would I find this amusing if it was UAT* or UGA? Mmmmm, not really. It might give me a thrill to see UAT embarrassed yet again, but the actual “journalism” itself is a waste of space.

And yeah, Dyingyak is right, no pastor would say Happy Holidays and certainly NOT TO SANTA. So, we can add incorrect to juvenile and stupid.

*University of Alabama at Tuscaloosa–my best friend and I have called it that for years, not that I claim we are the origin.

Page 2 is ESPNs attempt at being humorous (ie.: Justin Bieber/Paris Hilton jokes and a new cartoon about how old Brett Favre is every week) and I supposedly to put over ESPN writer’s entertainment opinions rather than simply reporting sports. But the fault of an opinion is as it always have been: Everybody can one, but most of them aren’t interesting to begin with.