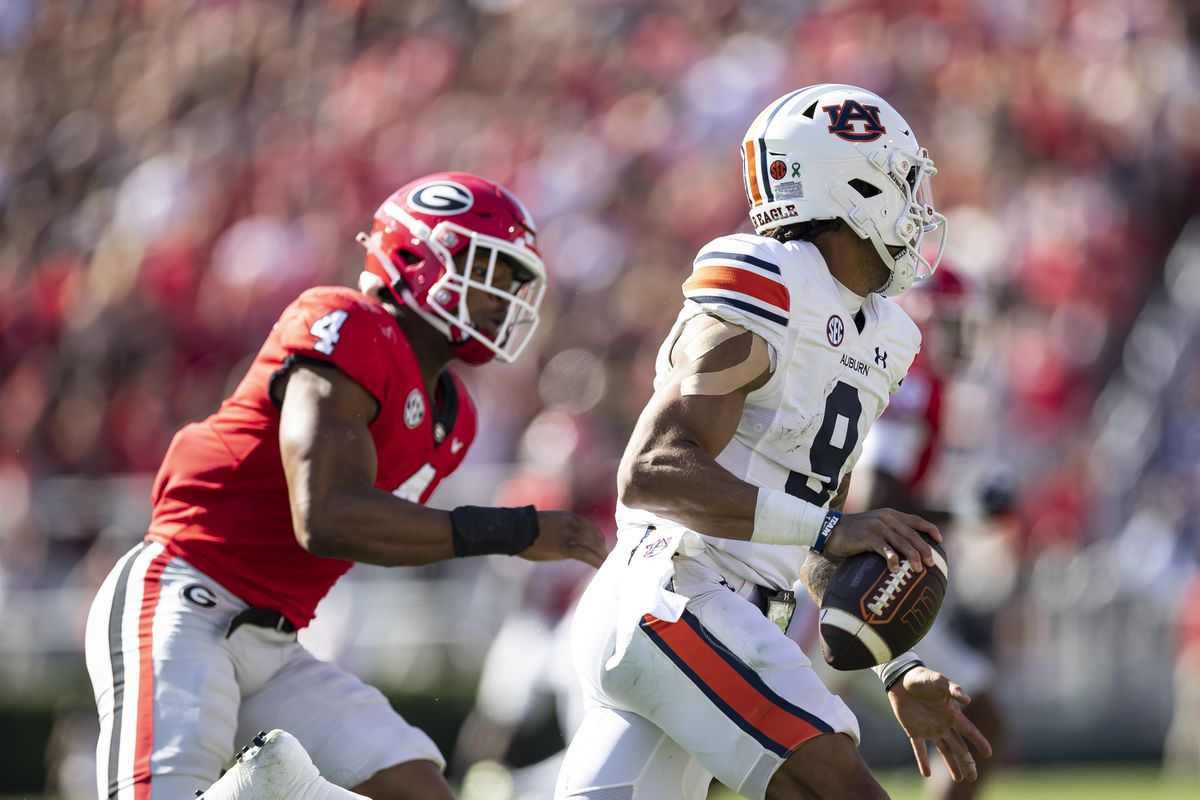 I forgot to write this. Making the drive to Athens, sitting in the sun for most of that game, and then making the drive home will make you forget it.

What else is there to say besides what we’ve noticed almost year? It doesn’t matter who the quarterback is, there is no time to think, and there’s nobody to throw to. The running game is non-existent, which puts everything on the quarterback, who even when he has a little time is expecting to immediately scramble so much that he drops the ball out of thin air.

The defense is fine, and Georgia’s offense is not that great, but eventually a 90 second break from another 3-and-out is going to get to you physically and mentally. A weird stat is that the defense has given up almost twice as many rushing touchdowns this year as they did last year, but they lead the nation in only giving up two passing touchdowns so far this season.

For the idiots that think the game changed when Auburn faked the punt in the 1st quarter, please stop watching. The offense was still going to struggle the rest of the game, causing the defense to get tired and give up a lot of late scores. The final score was 42-10.

Auburn didn’t convert the fake, so you are so right in being mad that it didn’t happen. But you’d be jumping and squealing if they did convert. Quit being self-righteous and ignorant.

Georgia should’ve beaten Auburn. They’ve been buying players for years and had NIL figured out for the last decade.

It’s whatever. Auburn lost to a team that’s better than them. They’ll win another game.