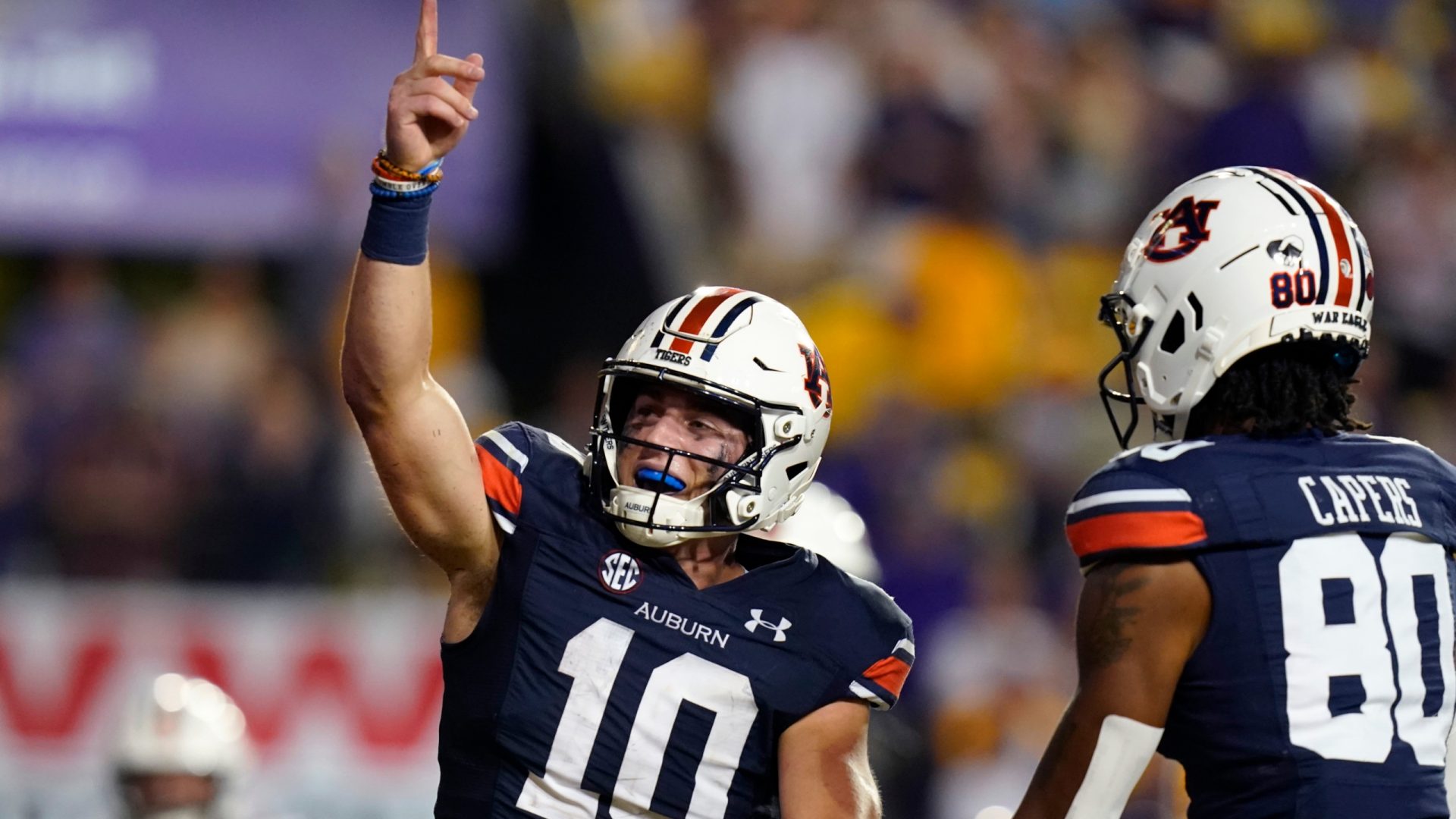 The week leading up to the game that I refuse to call the Tiger Bowl was full of talk about which Auburn quarterback would start in Baton Rouge. There was no way Auburn could go down there with “so many questions” at quarterback and “so many losses” in the last two decades and win. And they just fired their wide receivers coach? And it’s in Death Valley? At 8pm? Those fans will be so drunk and loud! No way this can turn out good.

There was one problem with that line of thinking: Auburn is better than LSU.

It took a bit to get going. LSU was of course going to look like an offensive juggernaut at home for a rivalry game for a drive or two. They had to have one Flynn-to-Byrd type dime dropped to get the scoring going. But that would be the only touchdown that LSU scored on the night. That’s right, one touchdown and four field goals. 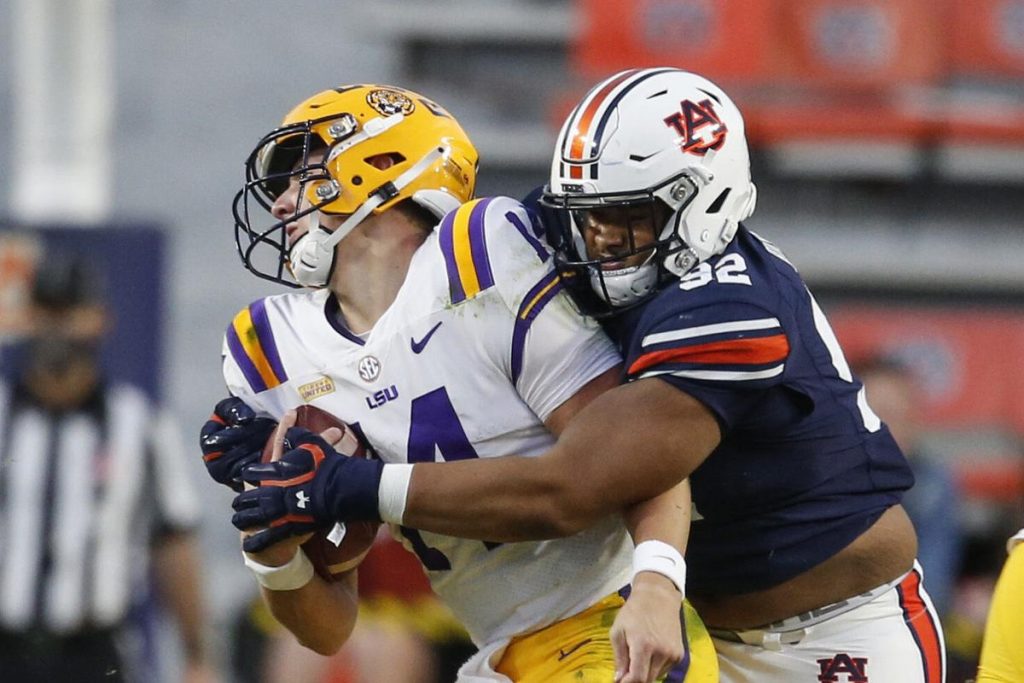 Much like the week before against Georgia State, the Auburn defense was very much bend-don’t-break in the 1st half. LSU scored 13 points before halftime with 230 yards (including -5 rushing). It felt like every pass was on soft coverage and an easy 7-8 yards, but Auburn eventually clamped down and only gave up the one touchdown (which wasn’t actually against bad defense). After the half, they gave up two field goals and 128 yards. That’s all.

The 2nd half drive chart for LSU went field goal, field goal, punt, punt, punt, interception. Whatever we hate about Derek Mason’s first half defense, it eventually starts working or is tweaked or is a trick or slow play or something. But it’s done the job when it mattered.

Bo Nix started the game in case anybody needed reminding. He played the first two drives, which ended in a punt and missed field goal, but gained 75ish yards. Then TJ Finley came in. It felt like it was a planned switch. 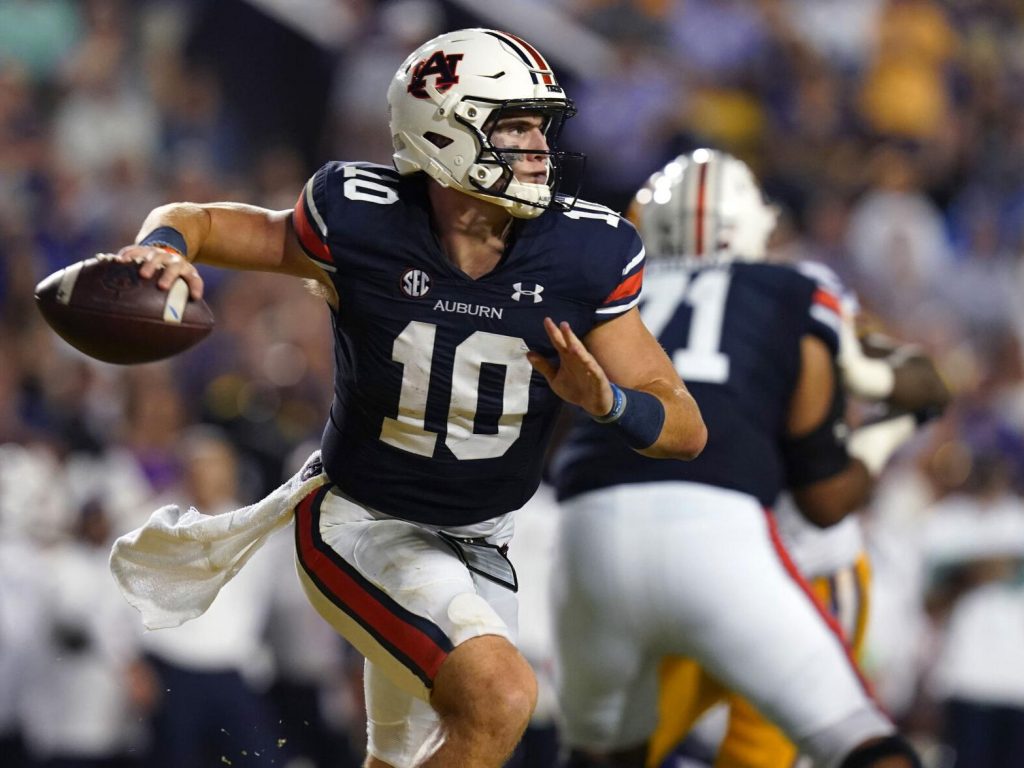 Finley was in for one drive that included a short pass, long run by John Samuel Shenker, a short run by Jarquez Hunter, and then three straight incomplete passes that ended with a turnover on downs. From then on, it was The Bo Show.

Sidenote: am I against TJ Finley? Absolutely not. I am pulling for him 100%. But I will be snarky about Bo’s successes due to the level of hate he receives by the type of fans that were surely singing his praises a week after booing him, so it may come off that I am pro-Bo, anti-TJ sometimes. I’m not. I’m pro-the Auburn guy that idiots boo towards. And I’ve been that way since I was in the Auburn student section and people were booing Jason Campbell. It is not your job or “right” to voice your displeasure of a 21 year old’s overthrow. Shutup.

Back to the offense. The running game was not there early, or for most of the game. The receivers were not initially open. The line did not block long enough for them to be found in a conventional way, so Bo had to improvise.

People boo’d him for dropped passes or a handful of overthrows in a game where the defense gave up 24 points to Georgia State. But what you saw in Baton Rouge, what you saw against Texas A&M last year, even what you saw in a few plays in the Iron Bowl last season is Bo Nix.

He’s the quarterback at Auburn while Alabama is still cheating at a high level, so he’s going to be scrutinized unfairly. People think he has a job because of his name. People think everything that’s been wrong about Auburn for the last 2.5 season is his fault. Gus was fired, so somebody has to be blamed now.

And he takes it in stride. And he loves to throw it back in your face. His performance was the gutsiest individual performance that I’ve seen personally from an Auburn football player. Yes, I saw Cam Newton play in person multiple times. Cam was too good to have to be gutsy. His athletic ability is higher than Bo’s and he had an experienced, probably elite offensive line. Bo is doing more with less, so I mean what I say.

He literally put the entire offense on his back until LSU showed us why they lost to UCLA and struggled to beat Mississippi State. It took some time for Orgeron’s LSU to show up. 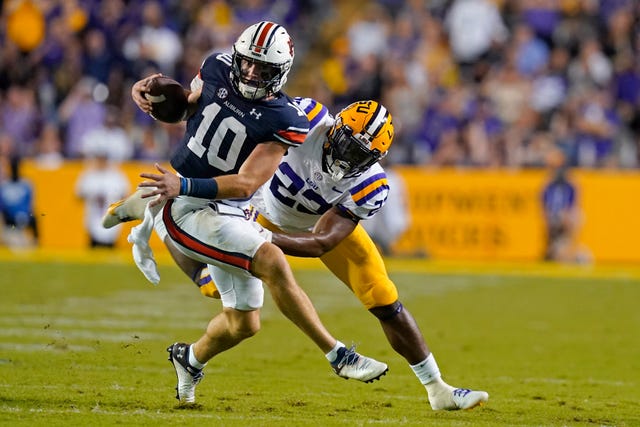 If there is any player, fan, or coach that doubted him or his drive (which is stupid to doubt just because of some overthrows anyway), there is no way they can doubt him anymore. Sadly, I’ve seen some stupidly stubborn people who can’t get over themselves that will not accept that what he did was nothing short of amazing, but those people don’t deserve to claim anything Auburn.

Auburn beat LSU in Baton Rouge. We don’t have to hear anything about 1999 again. We shouldn’t have to hear about a quarterback controversy. We need to move on as a 4-1 team and figure out how to go 5-1 against Georgia.

Yeah, it’s Georgia Week and Bo Nix better have you believing that Auburn is up to the task at hand.