The Iron Bowl is, without a doubt, the greatest rivalry in college football. There are other fierce matchups, but nothing comes close to the intensity of this game. I joke with people and tell them that we could go 1-11 and as long as that lone victory is against Bama, the season isn’t a waste. All kidding aside, this game directly affects the lives of people all over the country, especially those in the state of Alabama.

2010 was no different and it was the 75th meeting between the two teams. From the moment the buses pull up in Tuscaloosa, you can feel the genuine hatred they have for you. Sure, they’ve had a lot of success over the years. If you don’t believe me, just ask any Bama fan. They will tell you all about it. In fact, I wouldn’t be surprised if they claim another title by the time you finish reading this.

The student section was full when we took the field for pre game. They played “Take the Money and Run” as Cam entered the stadium and that was pretty funny. Probably not as funny to the guy behind the idea who was later fired for that decision, but I got a kick out of it. 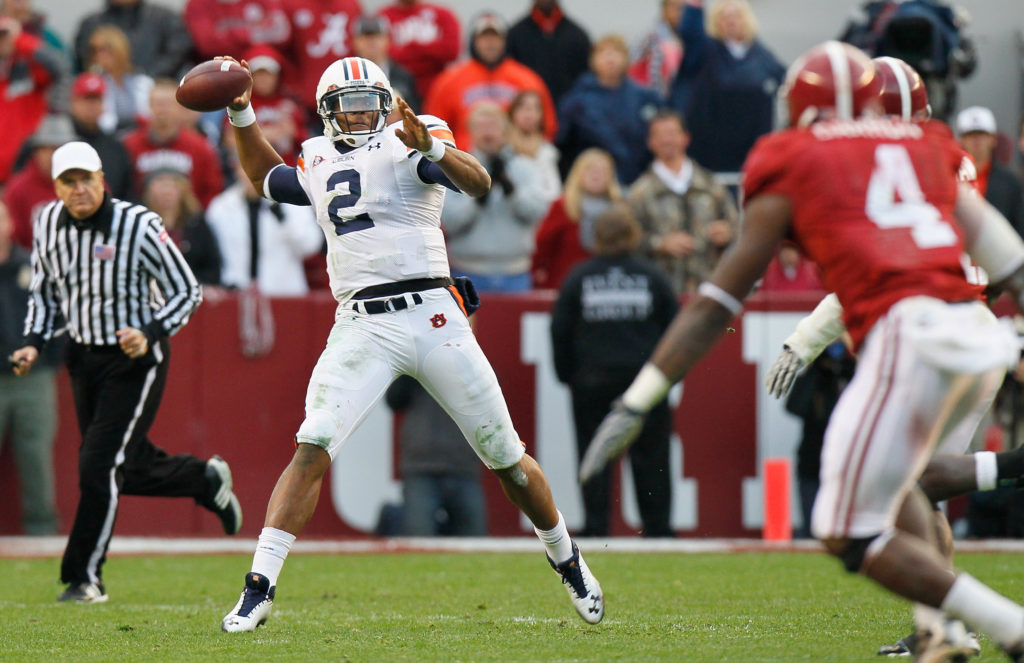 The game got off to about as bad of a start as you could imagine. At the end of the first quarter we were losing 21-0.  Everything was going right for them until Mark Ingram broke a long run down our sideline. Antoine Carter chased him down and punched the ball out. Somehow the ball bounced straight down the sideline and Demond Washington recovered it in the end zone for a touchback. This was the turning point in the game. A few plays later, Emory Blake hauled in a long touchdown pass to get us on the board. I’m still amazed at how he hung on to the ball. He bobbled it and was able to maintain possession through the DB’s punch. Incredible play.

I wish I could provide details on the halftime speeches, but as specialists, we return to the field for warm ups before those are given. Whatever was said clearly worked because we struck early with a long passing TD to Terrell Zachary to open the third quarter.  We were right back in the game. Never a doubt right? 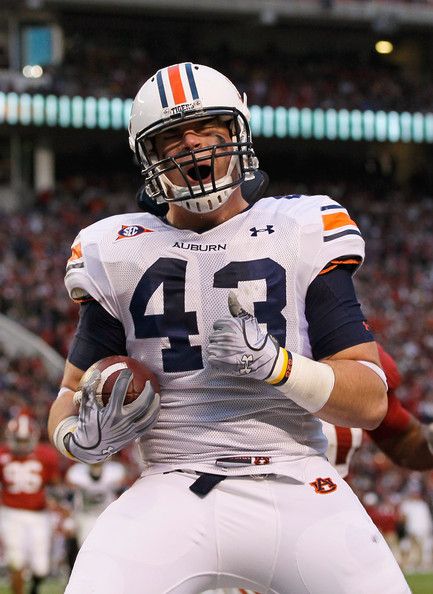 After a Bama field goal and another Auburn score, we were down in the red zone in the 4th quarter. Cam rolled to his right, made a guy miss and found Lutz in the endzone. The “Lutzie” was born and after the PAT, we took a 28-27 lead. Phil was actually a good dancer, which made his little high knee jig that much funnier. The emotions of football can make you do crazy things.

With 5 minutes left in the game, T’Sharvan Bell’s blitz hit home and Greg McElroy would not return. Our defense held off one final attempt to get Bama into field goal range and the game was over. The “Cam-back” was complete. The devastating look of defeat on the Bama fans’ faces is something that still helps me fall asleep comfortably on most nights.

For the first time since 2004, we finished the regular season undefeated. Sure we celebrated for a while, but our biggest goals were still unachieved. A rematch with South Carolina was our next hurdle. Only this time, there was a SEC title on the line.