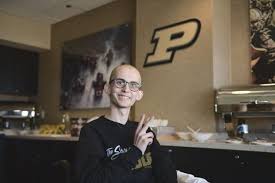 New year, same Tidbits. Get caught up on everything you need to know heading into the weekend.

– See which Auburn receiver is heading to the NFL and which guard is staying for a senior season.

– If you like GIFs (or is it GIFs?), relive the Music City Bowl again in GIF form. This one is all you really need to see, though.

– The Music City Bowl’s honorary captain has passed away. Tyler touched the sports world with his unbelievably kind and genuine spirit. He will serve as a lasting inspiration.

– Football is unfortunately over. See what people are saying about the season

– In recruiting news, what should you expect from the UA All-America Game?

– The NFL playoffs are here. What former Auburn players will have an impact?

– Catch up on basketball as they prepare for SEC play, including some practice reports.

– Women’s bball is rolling as they open SEC play with top-10 Tennessee.

– Our year in review: top posts and top tweets from an eventful 2018.

– A final deep cut: War Eagle on the moon?

Did I miss anything? Let me know in the comments below.