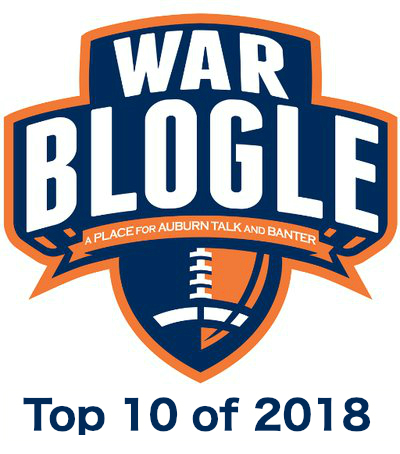 Football started with a loss to the eventual National Champions, but had high hopes for the 2018 season. It started okay, and then faltered, but ended on a very high note with a huge beatdown of Purdue.

In terms of all things Blogle, I’ve said it every year: the site goes as football goes. The football team was slightly down, so page views were slightly down. That said, I started the process of growing the Bloglesphere in terms of writing and coverage, and it’s working. I’ve also started something semi-Blogle related that you’ll see more of in 2019.

10. LSU Review: Another Dumb One

It was hot. Not just summer hot. Not just hot in the sun. It was unbearably hot. The hot where you just have to zone out and pretend you aren’t there. So I wasn’t totally surprised that Auburn did that in the first quarter. 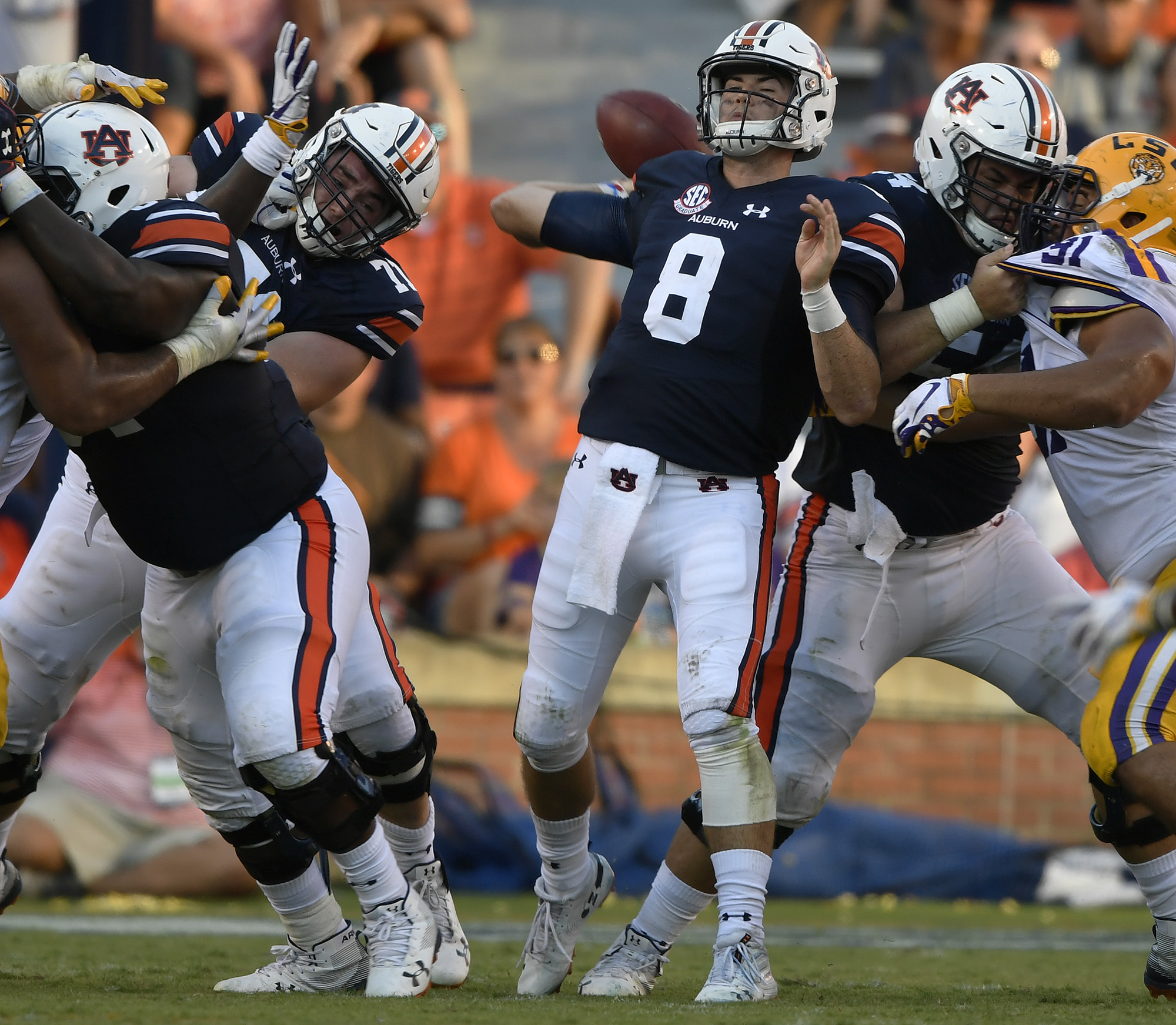 It didn’t start too hot with Jarrett Stidham throwing a pick on the 2nd play of the game(see what I did there?). And despite needing about 50 plays to go around 30 yards, LSU punched it in. The Auburn defense didn’t make it easy, but they eventually let them in.

Following this 2017-18 season, it has never been more apparent that the College Football Playoffs do not give value to the regular season. In fact, it completely removes any value. It tells us that no matter who you lose to, no matter if you don’t win your lower level, we’ll decide who looks like the overall champion.

There are too many teams to really know who is the best, but the best possible way to figure it out is to just look at who beat who. So again, with the help of My Team is Better Than Your Team, I have crunched the numbers to see who was best on the field. 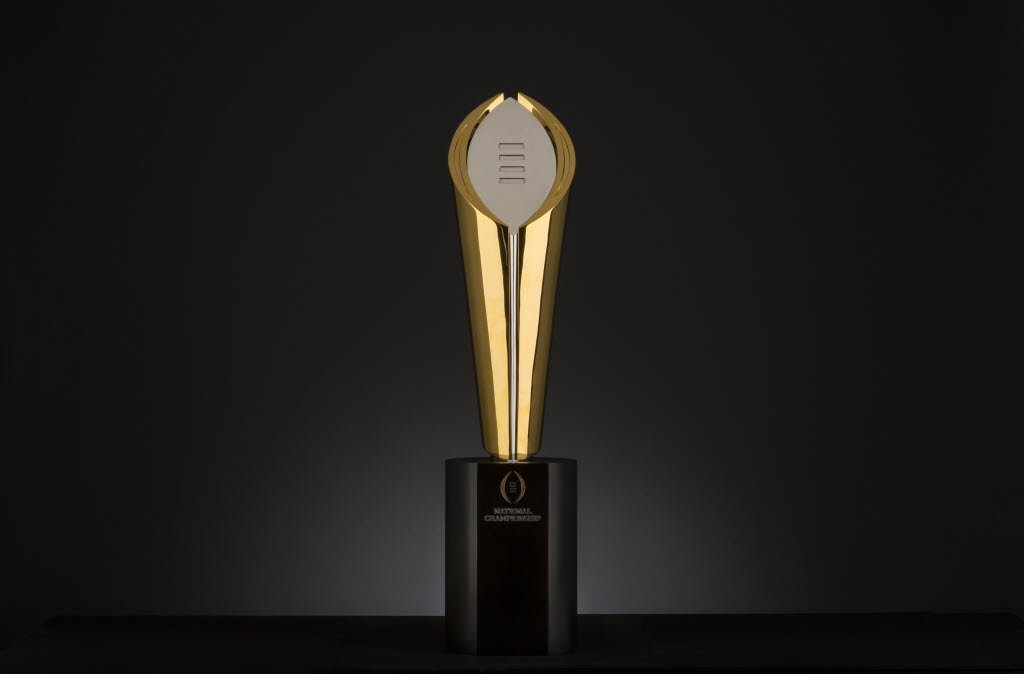 I am still an A96 Productions loyalist, but since he’s like me and gotten a little older and doesn’t post as much (FOR NOW), I’ve found something comparable to fill my needs.

The first few minutes of this hype (?) video would have you believe that Auburn hasn’t won a football game in 50 years, but by the end it helps you (and the haterz) realize just what Auburn has done. It makes me want to run through a wall, which is the sign of any good hype video. Enjoy.

7. The 2018 Schedule: One Sentence Predictions 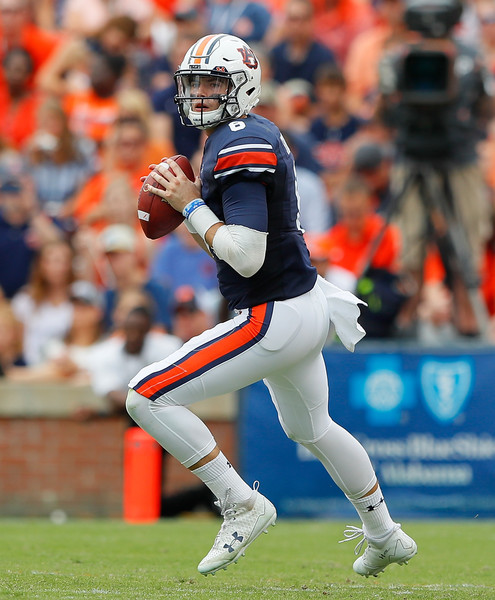 Sept. 8 – Alabama State – Auburn doesn’t realize their opponent has “State” in their name until halftime, but by then they’ve already put 45 on the Hornets.
Worry level: 1. Score: Auburn 63, Alabama State 7

Auburn’s 2018 regular season schedule is already 1/4 of the way through, so it’s high time we start looking at 2019. Get ready because the 2019 schedule was announced today.

We knew the opponents, now let’s see when they will be played. Do you like October football? Get ready to travel. 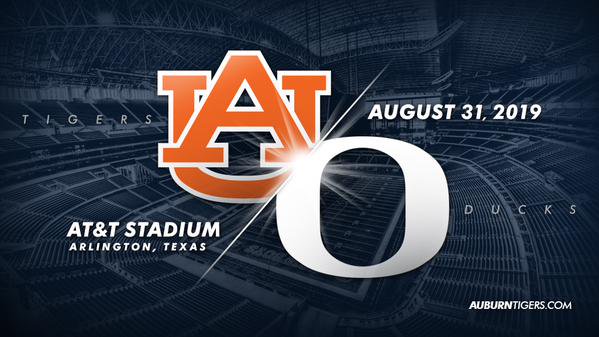 For the NINTH consecutive year, War Blogle will be THE PLACE to get all of the no-frills Auburn info on National Signing Day. The early signing period has severely diminished the already-waning excitement of the actual National Signing Day, but there’s still some ‘croots to be had. 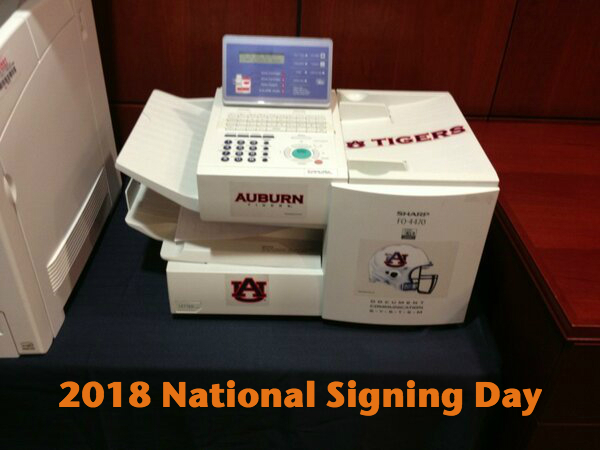 Prior to the 2018 home opener against Alabama State, Auburn played an intro video featuring Takeo Spikes slowly walking towards us yelling things. It definitely got the crowd going despite the opponent.

Since then, I’ve been asked 800 times if I knew where people could watch it. My response was “Auburn holds onto that stuff now.” Well, now they’ve put it on Twitter. Notice how his countdown lines up with the great seasons and players of yesteryear. Top notch. #ticktock

BARNING HARD here. Yes, that BARNING HARD. I have been awakened by the antics of one of the teams featured in the SEC Championship game this Saturday in Atlanta.

Have you ever had a pet dog that just seemed, um, “friendly” with everything it encountered? Whether it be a pillow, a blanket, or even your leg, you could never stop it from seeking attention in the most lustful way?

Well, don’t look now, because that’s exactly what the University of Georgia Alumni Association is doing. They are loving on everybody.

It started off somewhat harmless enough:

Hey @MyCarolina, Coach Muschamp was a Dawg for a while and he turned out pretty good. Stand against the Tide, and come be a #DawgForADay! #SECChampionship | #GoDawgs | #BeatBama pic.twitter.com/PKsUBCLzQc

The World’s Greatest Athlete has finally gotten his Heisman House commercial from Nissan. While I would’ve gone with something a little more funny and exciting than board games, it’s still good to see Bo get his commercial. Next up: Cam Newton (but he’s still playing).

Pat Nix was a legend at Auburn. From throwing a touchdown pass to Frank Sanders on his first pass of the 1993 Iron Bowl to beating #1 Florida in the Swamp. Now the son of that legend has committed to Auburn.

Bo Nix led Pinson Valley to a State Championship this past December, and now he’s dropping epic videos like this, with a spin on the Auburn Creed, to say he’s keeping it in the family. He will be a member of the signing class of 2019.

So that’s it for 2018.Thanks for everyone that stopped by. I have no idea how well Auburn will play in 2019, but I know the Bloglesphere will be it’s best ever. I guarantee it.

Will Under Armour Change the Tigers’ Stripes?

Mr. Chizik (and his recycled shirt) Went to Turner Field