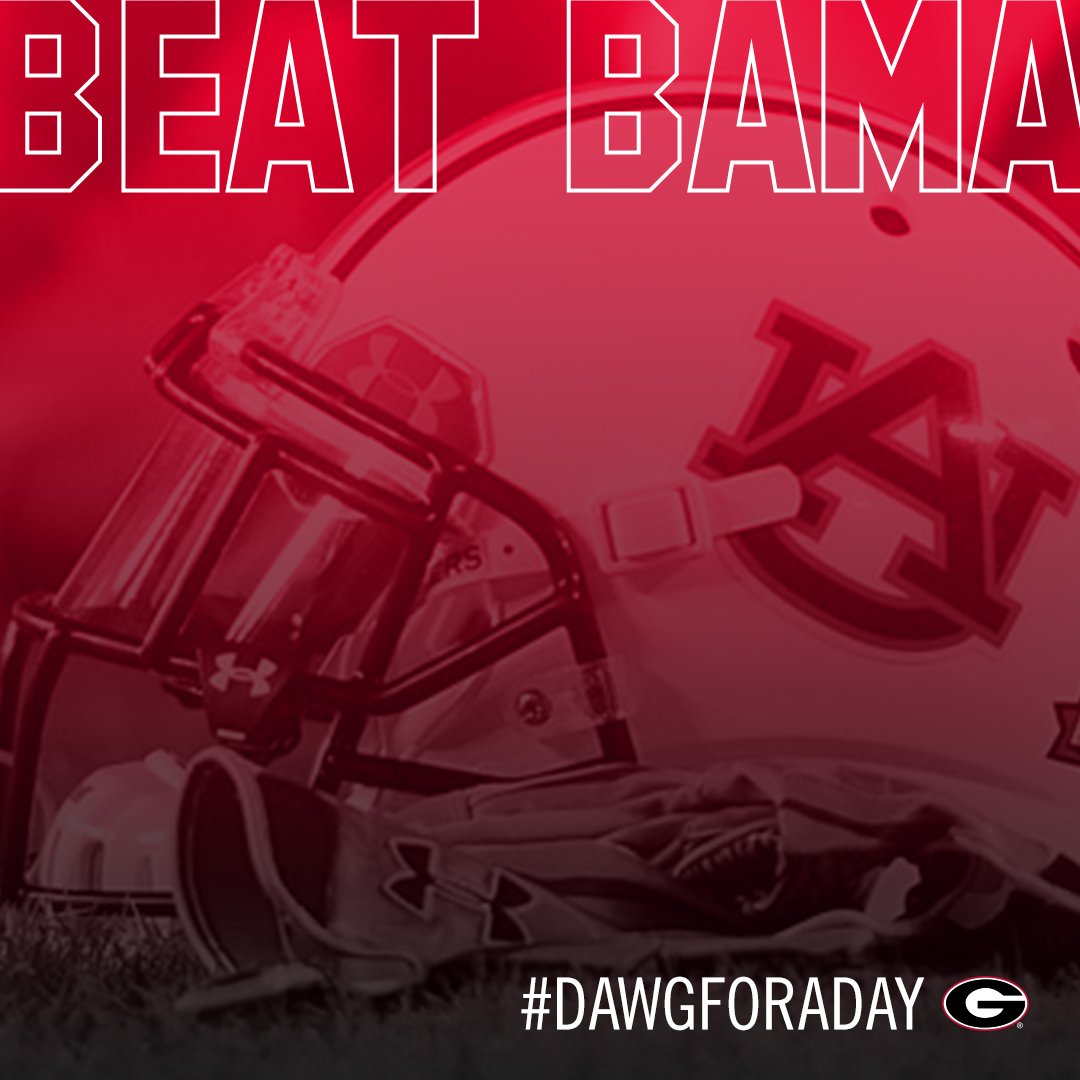 BARNING HARD here. Yes, that BARNING HARD. I have been awakened by the antics of one of the teams featured in the SEC Championship game this Saturday in Atlanta.

Have you ever had a pet dog that just seemed, um, “friendly” with everything it encountered? Whether it be a pillow, a blanket, or even your leg, you could never stop it from seeking attention in the most lustful way?

Well, don’t look now, because that’s exactly what the University of Georgia Alumni Association is doing. They are loving on everybody.

It started off somewhat harmless enough:

Hey @MyCarolina, Coach Muschamp was a Dawg for a while and he turned out pretty good. Stand against the Tide, and come be a #DawgForADay! #SECChampionship | #GoDawgs | #BeatBama pic.twitter.com/PKsUBCLzQc

Coach Muschamp has a history with UGA. He graduated from there in 1994 with a bachelor’s degree. No harm there. The Alumni decided to play an easy card with the next tweet by asking for support from the University of Alabama’s “real” rival. Yawn.

.@tennalum – Yes, we've had our differences, but what if we turn the First Saturday in December into the Third Saturday in October? Will you be a #DawgForADay? #SECChampionship | #GoDawgs | #BeatBama pic.twitter.com/ILtF6IuBcm

That seems smart. I would’ve done it. You might not have, but hey, I’m BARNING HARD, so you have to hit below the belt sometimes. It just gets weird after this tweet though.

The way Commonwealth Stadium shook in 1997 when Tim Couch beat Alabama—that could be @MBStadium if Georgia completes the biggest upset in SEC Championship history. Relive that magic @kentuckyalumni, be a #DawgForADay this Saturday. #SECChampionship | #GoDawgs | #BeatBama pic.twitter.com/vHqSkR1R9Q

I’m sorry, what? You use a 1997 Tim Couch reference? Really? You couldn’t even compliment the great season Kentucky achieved? Maybe you guys should look toward a team that has competed with Alabama recently for support..

.@MizzouAlumni – We remember the 2014 SEC Championship, and we KNOW you do too. Join us on the right side of history (and perhaps for a taste of revenge) by being a #DawgForADay this Saturday.#SECChampionship | #GoDawgs | #BeatBama pic.twitter.com/8ypDtRzXpd

Oh no, we all remember the 2014 SEC Championship game and for all the wrong reasons. Why bring Missouri into this? They played Alabama this year, and I’m sure they’d like nothing more than to forget about it, but now you’ve reminded them about getting skull drug. Good job, Dawgs.

Look @ufalumni, we've said a lot of things to each other over the years… But at least we never made Tim Tebow cry. Cheer for revenge against Bama, and come be a #DawgForADay. #SECChampionship | #GoDawgs | #BeatBama pic.twitter.com/oIPLL8dAjk

Okay, I feel dirty. I need a shower after reading this, and you bring Tebow into it? I am definitely going to say a prayer for Georgia tonight. Not for Saturday’s game, but for bringing one of your rival’s most decorated and respected players of all time into your attention seeking ploy.

Hey @VanderbiltAlum, we heard Bama was running around telling people you’re “just a baseball school.” As if that’s, like, a bad thing. Join us, a school that appreciates America’s pastime ⚾, and be a #DawgForADay this Saturday! #SECChampionship | #GoDawgs | #BeatBama pic.twitter.com/XjzmvmQUDV

How dare you bring Vanderbilt’s baseball program into this? Am I surprised? Nope, but I digress… The list goes on and on: LSU, Arkansas, Ole Miss, and Mississippi State were all treated with tweets filled with begging antics to take down big, bad Bama. Surely they wouldn’t ask their most hated rival…

.@AUAlumniAssoc – We understand you may feel stuck between a rock and a hard place here, but consider this: it's Bama. Join us against the Tide and be a #DawgForADay on Saturday! #SECChampionship | #GoDawgs | #BeatBama pic.twitter.com/ZQUCaozMu2

This tweet made me madder than Georgia fans were in 2010 after all of those completely legal hits Nick Fairley put on Georgia QB Aaron Murray. Don’t bring that to the table. We don’t like you. We don’t like Bama. If it was up to us, both of you would lose, but since that can not happen:

I never liked Georgia fans, even when I was a student at Auburn when Bear Bryant was in his last few years of coaching at Alabama on a nine-year stretch of beating us. The Bama fans were rivals, but decent.

The Georgia fans were the devil’s spawn of toxic waste. When you say “Hi” to an elderly woman in a Georgia sweater on the way to the game and she responds with language that would shock a sailor in port for the first time in six months, you know you’ve reached the nadir of SEC fandom.

I agree, Bama by 100. And with Tua playingthe full game, that just might happen.

Atlanta native here and Pat is right on!!! I’m an Auburn alum and never had trouble with AL fans!!! Roll Tigers and War damn Tide!!! Bama 100!!!

As a 72 AU grad, I’ve had trouble with both teams’ fans. But the way I look at it, I pull for Auburn 1st, the other Alabama schools (Bama, Jax St, Troy, etc) 2nd, then all the other SEC (except for TN) schools. So sorry UGA, you’re at least 3rd on my list.