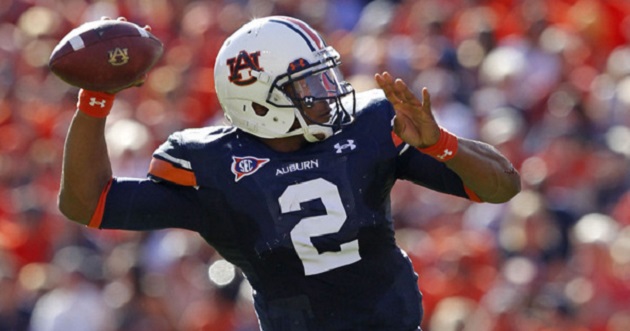 After the best opening weekend of college football of all time, the sport returns with literally the worst weekend I have ever seen. There is not one ranked-on-ranked matchup in the entire nation. There is maybe one slightly intriguing matchup in all of the SEC. But it’s football, I guess, and it’s week like these that sometimes give us the weirdest upsets.

Given the amount of huge games and weird turnouts, going 9-5 last week isn’t the worst thing in the world I guess. I mean, I could’ve lost to South Alabama.

Prairie View A&M at Texas A&M – BATTLE OF THE AGRICULTURAL AND MECHANICAL POWERHOUSES. Seriously, ESPN doesn’t even have a team page for PVAM, which sounds like a progressive rock band from 1999.

Western Kentucky at Alabama – The Hilltoppers blew out Rice last week, but Alabama beat USC by even more. So I guess that tells us what will probably happen in this one.

Kentucky at Florida – This is the CBS game. THIS is the CBS game. Kentucky scored some points, but blew a lead to Southern Miss. Florida didn’t score that many points against UMass. It might be closer than we think. Florida beat Kentucky by 5 points last year and 6 points (in OT) the year before. And that OT game was crazy. Kentucky sorta owes Florida one or two. But they won’t do it.

Wofford at Ole Miss – This schedule… Woof-ford. Ok, that was funny. Ole Miss letdown this week after letting FSU of the hook last week? Hope so. Nope.

Arkansas at TCU – I guess this is a the biggest matchup in the SEC this week? Arkansas beat Lousiana Tech by 1 point, and TCU was tied with South Dakota State at halftime. Maybe these two teams that are always fun to give early credit to aren’t that great this year. TCU is better than Arkansas, though.

South Carolina at Mississippi State – Hoo boy. Will the stands be empty at Davis Wade Stadium? I’m sure some South Carolina fans will come over, but after that loss to South Alabama last week, I don’t see too much excitement for this one. But I guess the Bulldogs will rebound a home against a team that needed a 55-yard field goal to beat Vandy.

Jacksonville State at LSU – Watch out LSU. You play not too great in a non-college venue game 1 and then the Gamecocks come to town. I’ve seen this story before. Oh, and Roc Thomas ain’t scared of Death Valley. He’s been there. And Auburn has seen this same situation before. Watch out is all I’m saying. LSU wins big.

Eastern Michigan at Missouri – If you haven’t been able to tell from previous posts, I am pushing Missouri out of the SEC harder than ever this season. I’m just done with them.

Arkansas State at Auburn – Check back tomorrow for my prediction in the game preview, but SPOILER ALERT: return to form.

BYU at Utah – Seriously, this is it. This is the biggest game outside of the SEC this week. I told you it was bad. I only put this one here because the game has a name: The Holy War. How long until we’re forced to remove or change that one? BYU won a close one at Arizona last week. Utah modestly beat Southern Utah. I’ll go with the Cougars.

Roundtable of Tigers Past: Bye Weeks, End of the World

Week 11 Predictions: I May Be Psychic