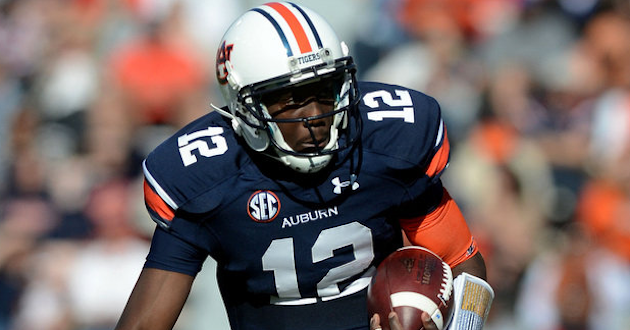 Not a bad week last week. Not good, but 70% is a C and a C is passing. And as I learned from my time at Auburn, a D is passing as well.

Week 12 is that week where most teams basically have a bye week, but instead they actually play a football team. There are a few middle-tier pseudo-rivalries going on, but the rest is just booty.

FAU at Florida – The team that really hates Auburn (think about it) travels up the road to take on the Gators. I know Florida won the East, but I was surprised to remember they only had one loss. Amazing. Truly amazing…. how bad the SEC East is.

The Citadel at South Carolina – Remember when people said that undefeated 2004 Auburn didn’t deserve to play in the BCS Championship Game because Auburn played The Citadel? Yeah, it’s still stupid.

Mississippi State at Arkansas – Every single year, Mississippi State builds an impressive record against a weak schedule. Then they end their season with 3-4 straight losses. Arkansas has turned it on and will give the Maroons their 2nd of three losses to end the 2015 season.

Tennessee at Missouri – Missouri surprised me with their win over BYU last week. They won it for their coach who is retiring at the end of the season. Tennessee ends their season with an easy schedule every year, and could end up with eight wins. But I think their schizophrenia mixed with it being Gary Pinkel’s last home game will give the Tigers the win.

Texas A&M at Vanderbilt – These are two teams going in opposite directions, but they are still miles apart. It’s vast weakness (Aggie D) vs. vast weakness (Vandy O) in this one. I expect it to be close until halftime.

Charlotte at Kentucky – After starting the season with two wins over Georgia State and Presbyterian, Charlotte has lost 8 straight in their C-USA schedule. Even Kentucky, whose care for football at this point is zero, can’t lose to that.

Idaho at Auburn – Check back tomorrow for my prediction in the game preview, but SPOILER ALERT: it’s Idaho.

Baylor at Oklahoma State – In terms of the College Football Playoff, I’m putting my support behind the Oklahoma State Cowboys. They’ve never played Auburn, and I love their colors. What’s not to love?