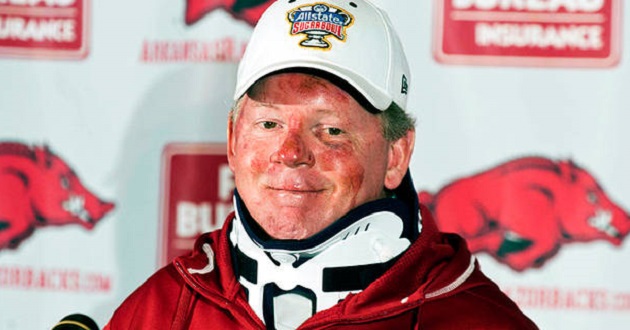 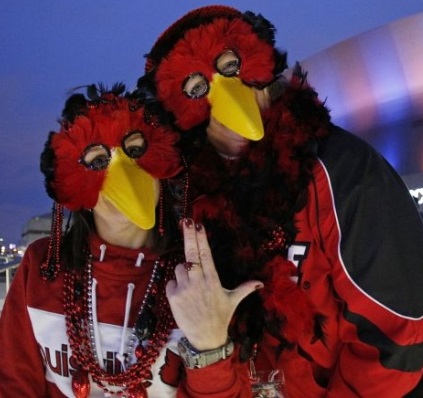 I’m starting a new series on the Blogle this season. Basically, it’s going to be me taking Auburn’s football opponent for that week and making fun of them to the point that children wearing a <insert opponent’s name> jersey cry. I want to receive death threats and phone calls. Not really, but I hope it gets to somebody that much.

Obviously, making fun of Auburn’s annual rivals may be full of the normal rhetoric, but I’ll do my best to spice it up. Luckily, Auburn starts 2015 off with an uncommon, big-name opponent with plenty to make fun of and plenty to hate.

So let’s get this straight, Louisville. You hired a young Bobby Petrino as an offensive coordinator back in 1998. After a year, he left you for the Jacksonville Jaguars, which at the time was like leaving for Western Kentucky. Then after one year as OC at Auburn, you hire the guy back as your head coach. 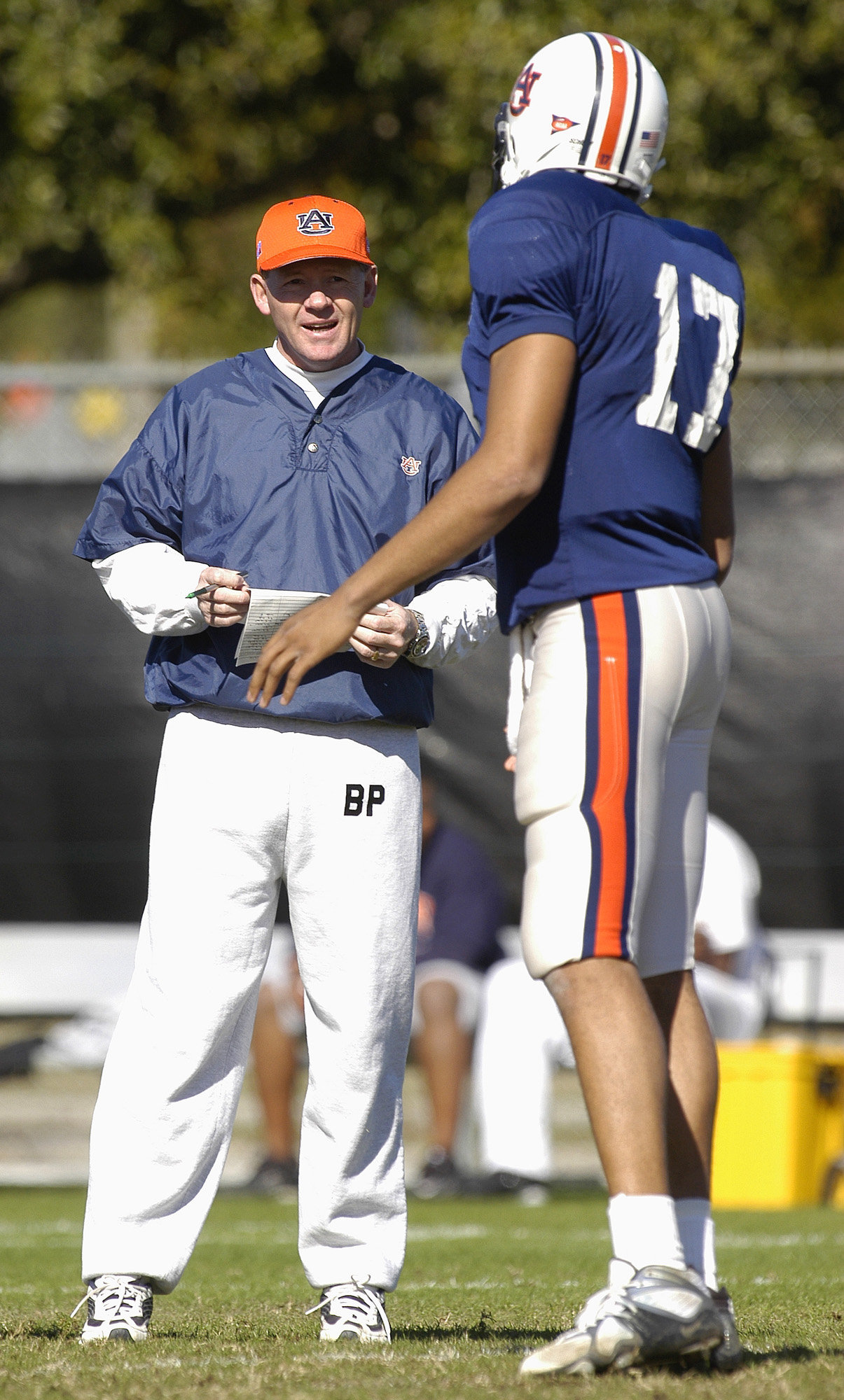 Then after one year of being your head coach, whether it was his fault or not, Ol’ Bob was one half of what is now lovingly known as JetGate, where he talked to Auburn about moving right back down to the Plains to replace Tommy Tuberville. So while he was in his first year as your coach he was talking about replacing a coach that wasn’t even gone yet.

Then after four semi-successful years, he agreed to a 10-year, 25.6 million dollar contract with your program, but just six short months later, right after the season was over, he bolted for the Atlanta Falcons. It was in HOTlanta that he took my NFL team to a 3-10 record. But wait, that’s not 16 games. You’re right. He left the flailing Falcons with 3 games left in the season, and he did so by leaving the players a 4-line break-up note on their lockers. Top notch!

But we’re not done. He left the Falcons for the Arkansas Razorbacks. Makes sense, right? If you have an affinity for tall, blonde volleyball players, I hear Fayetteville is the place to be. 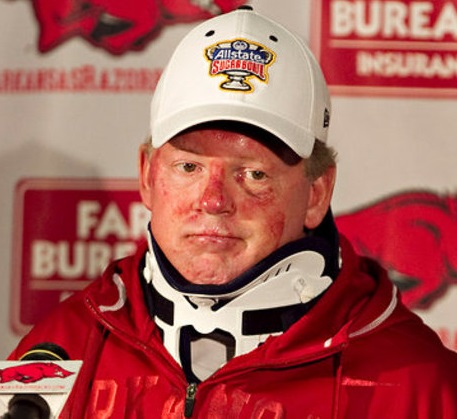 Apparently, Bobby does have that affinity. Because even though he was leading Arkansas to one of their most successful eras in a good, long while, he let that affinity convince his mind that it was okay to ride around with his 20-something mistress ON HIS MOTORCYCLE through the country roads of Arkansas. Not a car with dark windows. A motorcycle.

And apparently he wasn’t even good at driving motorcycles because he couldn’t keep his hog between the lines. He ended up wrecking with the girl on the back, tried to hide it with the assistance of law enforcement, and ended up getting fired. It wasn’t necessarily for the affair, but over the fact that he was basically using athletic department funds to pay for her car and such.

After a year off, he was taken in at Western Kentucky because they wanted good football and didn’t care how, and Petrino wanted a way to get back into football. Either way, Western Kentucky took a chance on a coach that needed a favor. A year later, Petrino left them. He left them for you. You hired him again. Read all those paragraphs again. You hired that. Nice, Louisville.

If the Petrino stuff wasn’t proof enough that your program just doesn’t care what anybody thinks, and not in a good way, the uniform shenanigans you’re trying to pull this weekend are so reprehensible that I don’t even want to look at your half of the field. Do you understand how hard it’s going to be to watch Roc Thomas run through and around your defense while trying to not look at your uniforms?

Lets go through them piece by piece:

– Nuclear reaction red-bird helmets: I can get behind you wanting to rid yourself of your normal anatomically incorrect Cardinal logo due to the fact that no small yard bird since the age of the dinosaurs has had teeth, but what you and Adidas have done for this weekend is so far the other way it makes me slightly ill to think about. 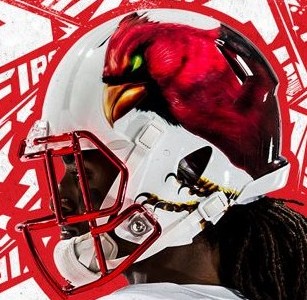 First off, Cardinals are small. Actually really small. They can be killed with an Airsoft pistol. So I’m not sure why we’re acting like the monster-bird with large talons on one side of your helmet is anything close to your mascot.

Second, what secret ooze has this thing been sipping? Or somebody must’ve forgotten to tell me that Louisville was just a front for a huge nuclear reactor. I’m not sure what would ca 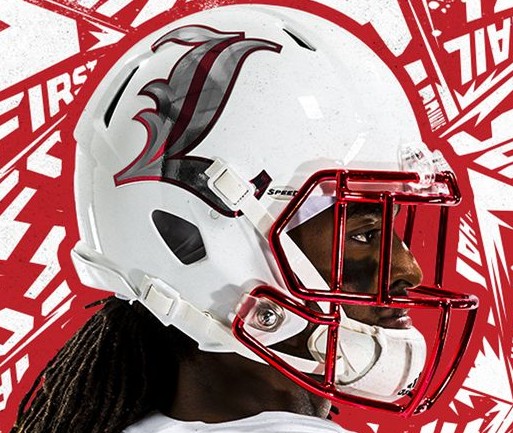 use a bird’s eyes to turn green, but I’m sure if it happened, the thing wouldn’t be alive for long.

Third, silver and red might just be the ugliest color combo since crimson and white, but don’t let that stop you from putting the world’s largest L on the other side of the helmet. And what is that font? You’re gothic, too? 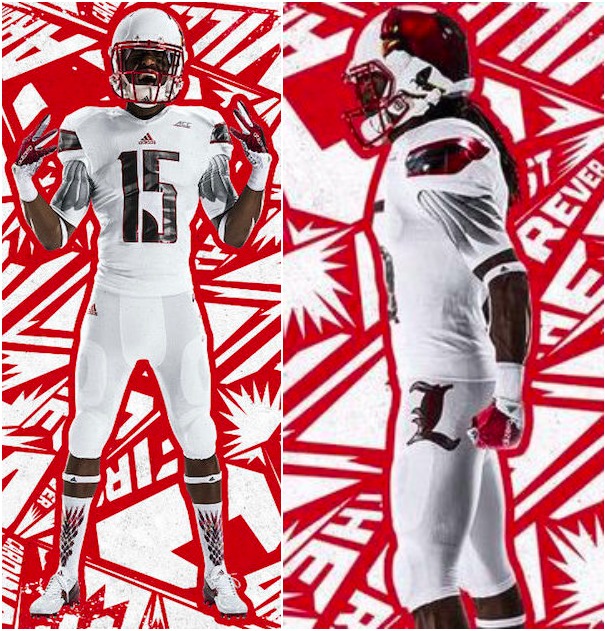 – Jersey and sleeves: We’ve already been over the ugliness of silver and red, but just go ahead and put it all over that shirt you’re wearing. And are those wings on your sleeves. A little Oregon snatchjob right there, isn’t it? And aren’t Cardinals red? Or are these the wings of the Cardinal that died of nuclear poision a few weeks back?

– Pants: Pants are pants. They should be white and maybe have a stripe down the sides. Nah, you put that big ol’ ugly L on there to make sure we know what’s gonna happen in the game (more on that later).

– Socks and cleats: No. You have a green-eyed rooster on your feet. You’re the cardinals. 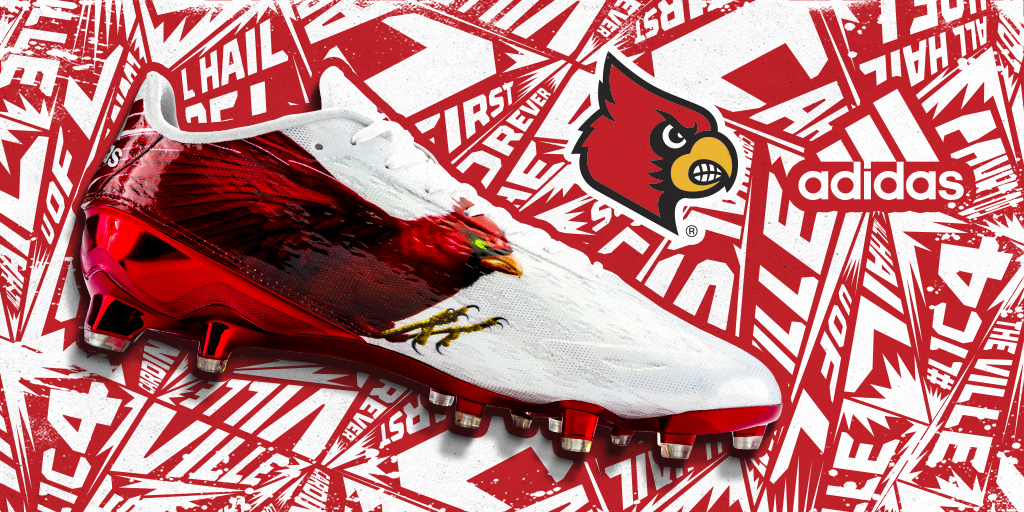 I’ve seen some dumb hand signs in my day, but yours takes the cake. You go about brandishing L’s all over the place and don’t think people are going to notice. Oh I see, you put your middle finger up there, too. Does that mean you’re using that gothic font with your hands and the letter L now has to be the first letter of “Louisville” and not the universal “Loser?”

I don’t care if you have everybody’s favorite tribute doing it, either. She needs to stick her original three finger salute and let District 12 know that it’s going to be okay.

Wow, ok that was kinda fun. And pretty refreshing as well. But I don’t think I was really making fun of them by the end there. I actually got pretty worked up. It felt good, though.

Did I miss anything? If so, let me know in the comments below.

No holds barred, I love it! It was very therapeutic as a reader so I can’t imagine how cathartic it must have felt to write it.

I especially liked the reference to JLaw sticking to her Mockingjay salute. I think you might have stumbled onto something here (maybe it was on purpose) but the celebrity fans of opposing teams could really be a good section of this series. I’m sure in this day and age you will be able to find images of celebrities supporting our opponents.

Why are you so angry?