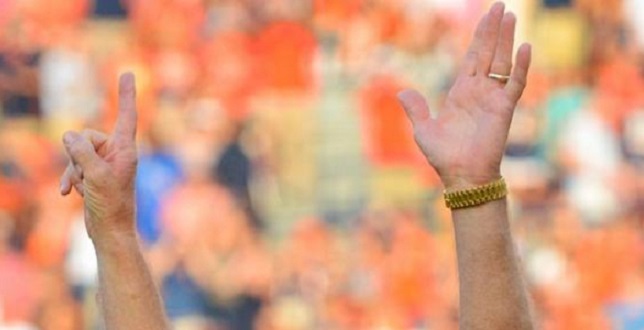 Prior to last week’s San Jose State game, the 2004 undefeated Auburn Tigers were honored on the field with the name of each player in attendance being called out by stadium announcer Ric Smith. As the final player was called, there stood one man left to be recognized. That man was smiling ear to ear. That man was Tommy Tuberville. 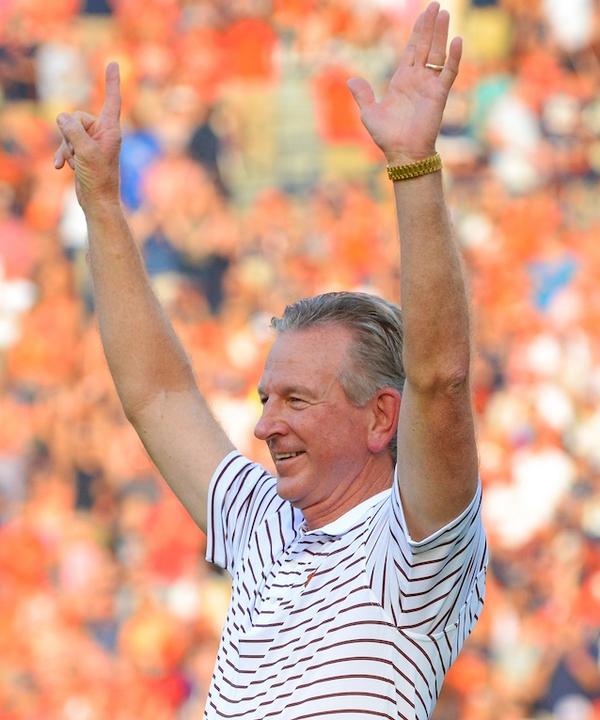 This wasn’t the first time we’d seen those six fingers. That’s what made it so great. Tuberville has been gone from Auburn since 2008, but he still wanted to remind us what he accomplished. Or did he want troll Alabama fans one last time? I think it may be a little more of the latter. He knew they hated it. They hated it when he started at four and even at five. They called it “klassy.” And that’s why I think he did it last Saturday.

That’s also why I think this needs to be getting more attention. You’ve got a guy who is a current head football coach at a school that could in some way possibly compete against Auburn this year. It probably won’t happen, but he’s basically an enemy coach at this point. And he gets his chance to come back to a school where things didn’t end great, and he uses his brief, 30-second window to stick it to Alabama fans one more time.

You get it, Tommy. I’m going to do my best to make this troll acknowledged a little more. Thank you for everything. Thank you for six-in-a-row, and more importantly thank you for reminding everybody about it.

A Tale of Two Emails

I love this man. Can’t wait till he retires and we can all start running into him around town again.

Always loved him. Wish the boosters had just let him be. Go Tommy!

Only thing that would’ve made this greater is if he had come out with a cigar dangling out of his mouth to stick it to LSU too.

Like him and what he did. Glad to have Gus Malzahn though and wouldn’t trade him for any coach in college football!

Gotta hand it to Tuberville, he had Alabama’s number and Florida’s too!

I’m glad he got a rousing ovation. He deserved it. His undefeated season obviously deserves more appreciation than it has gotten (it’s something the Updyke’s God has only accomplished once as well). Thanks for a great run Coach Tubs!

Many Triactol reviews offer a great deal of
useful details that will definitely help females assess what the product will offer.
As a result the women with smaller dimension chests take optimum efforts to improve the size and type of their breasts.
The product is effective in improving the quantity of blood flow to
the cells and so, there is maximum blood supply, which permits
the breast expansion processes.