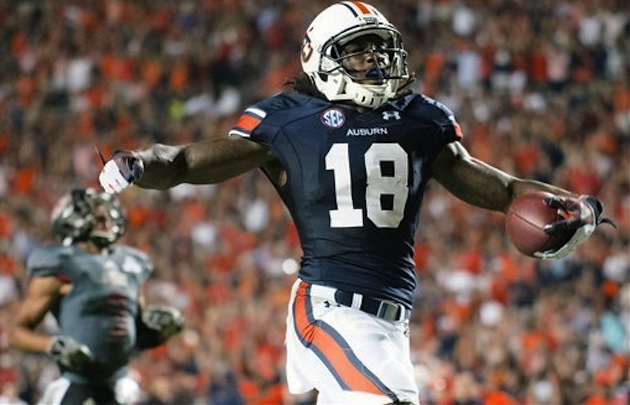 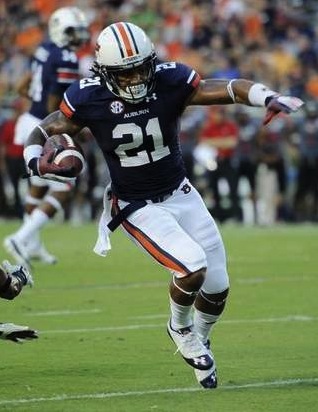 My expectations for the game were probably a little conservative. I wrote in my game preview that although Arkansas State may have had revenge on their minds, they were still a Sun Belt team. Still, I thought this would be a tougher game than Washington State. It wasn’t.

They say the biggest improvement a team will make is between Week 1 and Week 2. We haven’t seen the rest of the season yet, but we can definitely say there was vast improvement from last week.

This defense seems to get better as the game goes along, which is very encouraging. What was even more impressive is that they got better and faster against an offense that is designed to wear you down. They basically shutdown an SEC-caliber running back and rushed the quarterback into making bad decisions.

The only thing that wasn’t up to the standard set last week was that there were no interceptions. That can be blamed on the difference in frequency of passes. It’s harder to intercept a ball when a team is running it. Bottom line, this defense is performing.

Nick Marshall had a very weird fumble and looked a little shaky in the third quarter, but the deep ball that was 10 yards over recievers heads last week was finally put on target for the most part this week. There are still a few passes that lack, how you say… touch, but you can tell he’s getting there. He also showed his legs a little bit more this week.

Marshall has everything Auburn needs at quarterback, he just seems a tad shy at times. That will wear off as each game, and more importantly each win passes.

You wouldn’t look at Auburn’s running back corps and compare it to Bo, Cribbs, Fullwood, Brown, and Williams, but with this offense they are definitely all parts of a very powerful whole.

Mason and Artis-Payne aren’t bruisers, but they are punishing enough to bust through the line, and quick enough to break away once they’ve done so. Grant isn’t McCalebb fast, but he’s much faster than he looks, with the strength to run some guys over as well. All three play a perfect part in this system, and that showed on Saturday. There were times when they would run one after the other, and you could tell Arkansas State had no idea which way the play was going to go.

Overall this offense proved that it can be exactly what Gus Malzahn wants in his offense. The only thing that kept this from being a 40+ point win were the penalties. Auburn was called for maybe one or two holds last week. This week it felt like ten, and they all seemed to come on a big play, and in some cases a touchdown.

This official crew seemed to be one of those that liked to hear their voice on the jumbotron, and considering the lack of calls last week, were a huge reminder of the objectivity of calling a football game. And let’s not even talk about the full-on example that they made with Kris Frost’s ejection for looking at the quarterback’s head.

The score could have been much worse, but you can’t complain about an almost four touchdown win where you keep the team out of the endzone the entire night, a team with many reasons to want to beat you.

The “preseason” is over. It’s time for the SEC. It’s time to play that annual litmus test against Mississippi State. It’s time to show that Auburn is not what they were last season. #StateHate is here.

I live in Mississippi (not as bad as it sounds), but this is one of my 3 must wins. I mean, I want to win them all, but especially State, Ole Miss and bama!
Love your blog! Keep up the good work!
War Eagle!

I think Mason has that underrated strength…just when you think you have him down he bursts out for an extra 2-3 yards…it seems like Saturdays can’t get here fast enough…i think my supervisor has noticed my work production has slowed pretty drastically since football season started…lol!!!

War eagle. LET’S DO THIS!