I am no longer updating this post. To get cleaner and updated information, check out my Signing Day Wrap-up.

I’m not a reporter. I’m not at the Auburn Athletic Complex watching the faxes come in. I will be getting my information on the Signing Day news from various sites all around the internet, just like you can. But one thing I can promise you is that I will put my real job on the line to keep my eyes on those sites all day long, so that you don’t have to. So keep your internet browser locked on to WarBlogle.com, hit refresh about every 15 minutes and you’ll have all the work done for you. I will be posting until Auburn’s last signee sends in his letter of intent, so check throughout the day.

Update #1 : 4/5-star DE Corey Lemonier (Lemon-ear), and his teammate 4-star DT Calvin Smith, will make their announcements starting at 11:45 CST. Lemonier is choosing between Auburn and Florida State. Calvin Smith has not been considering Auburn in the past, but there are whispers that he will follow his teammate.

Update #1.1: There are a few tweets out there reporting that Lemonier will choose Auburn.

Update #2: Scout.com has Cameron Newton’s transfer to Auburn as the #1 JUCO transfer of the year.

Update #4: Yes, this is streaming video of Alabama’s fax machine that is receiving recruits’ letters of intent.

Update #7: Corey Lemonier has signed with the “University of Auburn”.

Update #9: Trovon Reed found the fax machine and sent his letter to Auburn. Now just waiting on Bonomolo, who is probably just waking up on the west coast, and the actual papers from Lemonier.

Update #10: With the signing of DE Joel Bonomolo, the expected signing class for 2010 seems to be complete. I will clean up this page and add more information on each player throughout the day. 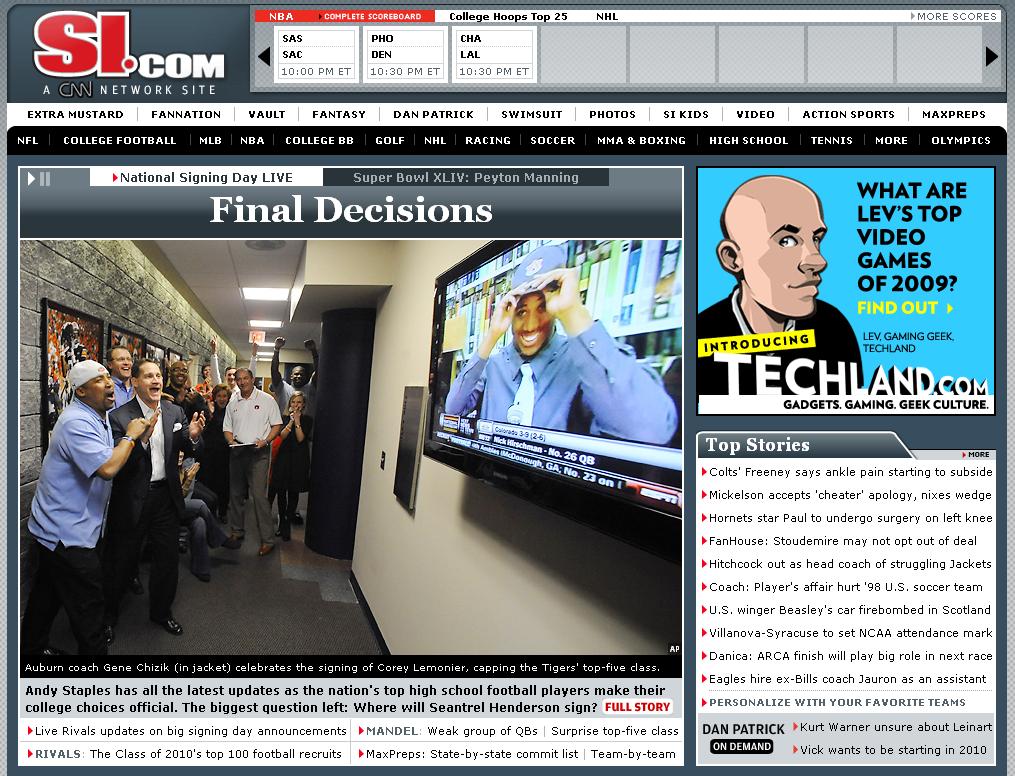 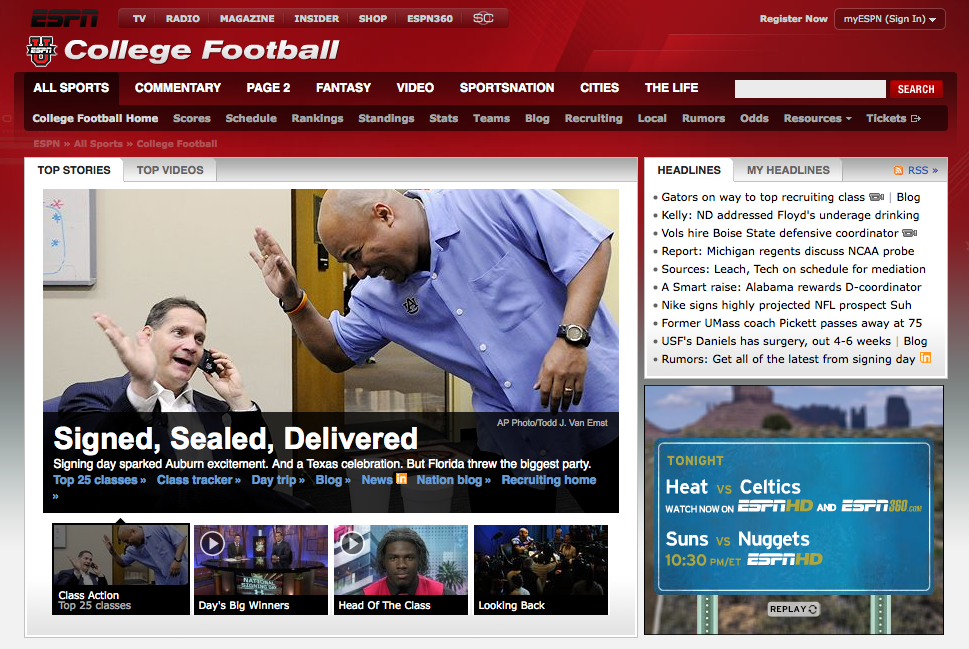 Current Rankings:
**Note: Rivals.com’s #1 prospect Seantrel Henderson (5-star OL) initially chose USC yesterday, but has decided to wait until more information comes out about USC’s possible sanctions. The problem is that he only has until April 1st to sign with a school, and it’s not likely that the sanctions will be handed out by then. His commitment pushed USC above Florida in the Rivals rankings, but if he chooses to go elsewhere, Florida would likely retake the top spot.

* – Previously not committed to Auburn

Arkansas Preview: There Will Be Blood