War Eagle! This is Josh Harris, currently “quarantined” in Georgia. I am entering my 9th season as the long snapper for the Atlanta Falcons. I am married to my best friend, Kameron, and we have 3 kids currently under 5 (Kinley, Hattie and Anderson). We also thought it was a good idea to get a puppy before all of this started. We named him Nova after recently retired War Eagle VII. So add that to a golden retriever, homeschooling and a virtual off-season and you get the idea.

Having played at Auburn from 2007-2011, I was fortunate to meet, learn from, grow, and share a locker room with some of the best people on earth. Most of them Auburn men and women, but that’s neither here nor there. All jokes aside, the 2010 National Championship is something I will always cherish. Over the next few months, I’ll be doing a game-by-game breakdown of that season. Starting here with Arkansas State and ending with all of the Tostitos. My hope is to share some memories along the way from my experience on the plains during a great year in Auburn history.

The opening game of every season is exciting. It is filled with anticipation and tons of (often lofty) expectations from coaches, players, fans, media and the like. Coming off of a thrilling Outback Bowl win over Northwestern in Chiz’s first year as head coach, 2010 was teed up and ready. The “All In” mentality was instilled and designed to take us from “Good to Great.” Yox had us ready for anything a football season (or life for that matter) could throw at us. Oh and Cam transferred in. Honestly, I thought he was an o line recruit or maybe a tight end when I saw him at the complex for the first time. I have never been a big follower of recruiting and rankings, but when we landed him that was obviously a big deal. 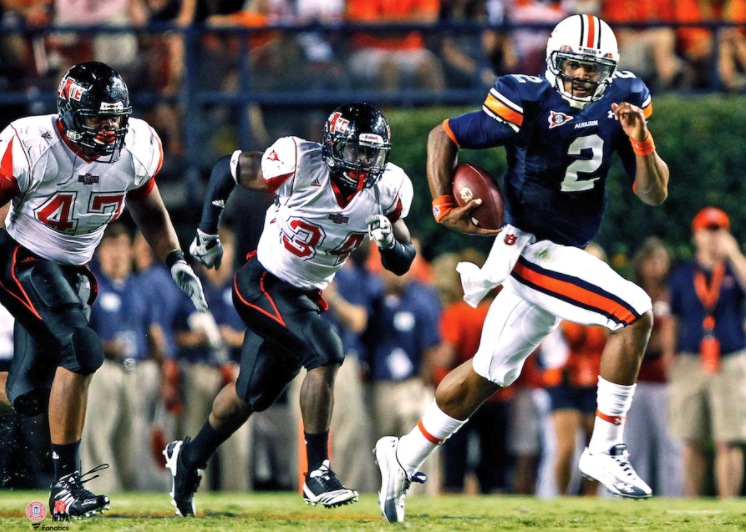 Now we had a lot more than just a 5 star QB. We had a roster full of experienced players, a great class of seniors, and great coaching staff. Not to mention the best support staff in the country as well. Above everything, however, we had a great culture. We didn’t go our separate ways after practice. We were a tight group. That’s the most important thing to understand about the 2010 team. I have been on a lot of teams during my career and that one is special. There is no magic wand or drill you can do to create it. It was organic and that’s why it worked.

With pieces of the puzzle in place, we kicked off the season against Arkansas State at 7 ET. Don’t get me wrong, there is nothing better than a night game in Jordan-Hare, but late kickoffs for the “less attended games” never made sense to me. Maybe I was concerned with having more time to recover from the game and make it to In Italy, 1716 or Quixotes?

I’m going to try my best to not be special teams centric in these recaps, but I am also going to give them the credit they deserve. For instance, one of the things I remember from this game is Emory Blake and Darvin Adams covering kicks and making tackles in coverage. If you asked yourself why some of our star receivers were playing special teams, see above regarding culture. Quindarius Carr had a great game at receiver and punt returner as well. We blocked a PAT and set up our offense and defense with great field position most of the night. The game didn’t really get out of hand until late in the second half. Cam lived up to the hype in his debut and we ultimately won 52-26.

The stat lines looked good minus some penalties and turnovers, but that’s not what made this game special. Injuries are, more or less, guaranteed in this sport. Two guys made their return to the field that night. Aairon Savage and Zac Etheridge both made plays all game. Aairon fought back from multiple knee and achilles injuries while Zac returned after last being carried off with a serious neck injury in a 2009 game against Ole Miss. These are both outstanding Auburn men and their return is something I’ll always remember from that game.

We jumped right into SEC play the following week. Not only that, but it was a Thursday night game on the road. Short weeks provide all sorts of challenges, but we came out of week 1 pretty healthy and that’s a big positive. Next week I’ll recap our week 2 matchup against Mississippi State. Leave your cow bells at home.

From the Other Sideline – West Virginia