It was overcast and pretty windy. As I walked to the stadium, I was cold in shorts. By halftime, my thighs were sizzling like a slice of bacon on a hot frying pan.

Arkansas’s first touchdown was not a touchdown. The ball never crossed the line, but the side judge just guessed and thought replay might fix it. It didn’t, but the damage was done.

Auburn’s offense did enough, like they have done in many games this season. It’s easy to dump on them, but take away inexplicable turnovers in previous games and Auburn beats LSU and maybe Ole Miss. Auburn’s offense played toe for toe with Penn State. Look at the offensive stats and you’d think Auburn won. 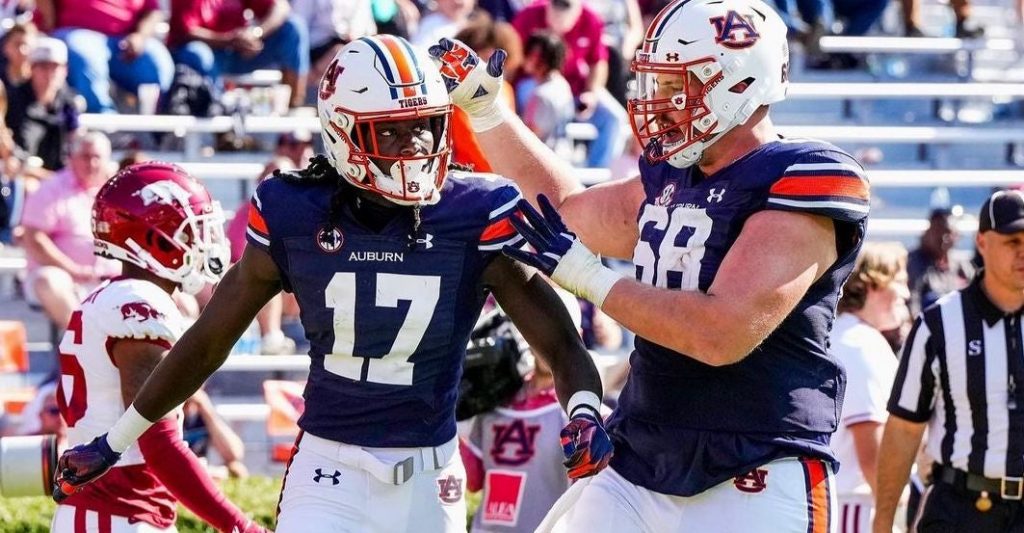 This game featured no Auburn turnovers and it wasn’t enough because the defense has not been able to bring many ball carriers down. I haven’t seen it this way in a while. It’s not quitting. It’s just not getting the guy down. Auburn would have at least 3, possibly 4 wins if it was better.

At the end of the day, it was another loss that will be blown out of proportion just because it’s lined up with other losses. Robby did some good things. Tank actually was able to run a ball more than 1 yard at a time. Camden Brown showed off.

But Arkansas scored more points and broke another 6 game losing streak to the Tigers.

Mississippi State is next. It’s a road game and their strength is scoring points. The only positive is that the Auburn defense is somewhat decent at stopping the pass, while State doesn’t run the ball. But we’ll talk about that later this week.

The Best of 2018 Auburn Athletics

“At the end of the day it’s another loss that I’ll brush off, because I thrive on mediocrity and being an embarrassment to any Auburn alumnus with a since of dignity.”

Fixed it for you, you freaking loser.