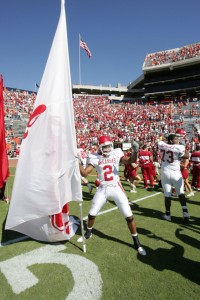 JackTheRabbit returns for his second preview of the year. I can safely say the answer to his question in the last paragraph is ‘yes and has been for years’, and I will also say that Auburn is 2-3 plays (and 6 points) away from being 6-0, regardless of how bad things have been. Please, let him have it, or do we care anymore? I put that picture in this post to remind you that we do have a game this week and what they have done to us in the past. Let’s go.

Who Feels Good About This Week?
by JackTheRabbit

Honestly, Saturday morning I really was not too terribly worried about being knocked off by Vanderbilt.  Who really was?  I know last week I explored Vandy’s ability to exploit big opportunities (i.e. turnovers, sacks, etc) committed by the opposing teams players.  I had no idea they would be able to exploit big opportunities handed over by the opposing teams coaches!  I honestly cannot blame the players.  Chris Todd, Kodi Burns, O-line (even though I’m baffled at how six games into the season you’re still having trouble with false starts) played hard and did not look flat coming into this game.  They just looked confused.  You hate to see coaches take the game out of the hands of the players, but I’m not here to criticize or play Monday Morning QB.  I’m here to talk about Arkansas.

So where do we begin?  Arkansas has looked nothing less than horrible this year.  Two comeback wins against ULM and Western…no Southern….no Centeral Eastern Illinios Tech A&M…whatever.  The point is that Arkansas has two very unimpressive wins and has dropped 3 straight SEC games, and I’m sure there isn’t a soul in Fayetteville that feels good about the remainder of the season.  I can go on and on about how Arkansas has been outscored 139 to 31 in their last three games, and how despite getting thumped by Florida, Casey Dick still had 220 yards passing with 24 completions on 38 pass attempts, but the real question Auburn fans should be asking themselves is, “What are we going to do to lose this game?”

The sad reality of this season so far is that Auburn is living on the margin.  Auburn is several plays away from being 6-0, and at the same time Auburn is several plays away from being 2-4.  I think in pretty much every game our coaching philosophy is playing not to lose. In terms of points scored, Auburn is a combined 75-16 versus all opponents in the first half.  Guess what the second half has looked like.  Auburn is 37-51 versus all opponents in the second half.  Does Franklin or Tuberville just decide to sit on a lead?  I can’t tell you anything for sure.  However, I do believe it’s safe to say that Auburn needs to find a second half team, and the most obvious thing to me so far is that when you play not to lose,  you hardly ever win.

I’m so glad this game isn’t on TV.

This game is a toss up. Regardless how bad Arkansas may be it is all going to boil down to our defense holding up and offensive coaching. I think fans are losing confidence in Auburn mainly due to offensive coaching. Given we may not have the best quarterback in the world its not his totally his fault. When you are running the ball for solid gains in the first half of your game why would you change it come second half (Vandy). I understand that it takes time for a new offense to work but its not getting better. Auburn hasn’t had a big win since LA Monroe (34 – 0) and from what i recall our defense scored the first 2 touchdowns and put up the only points in the first half. For this game i predict a low scoring game with an auburn win but not by much. If we didn’t have the defense that we do…we would be hopeless.

Agreed. Last I heard I think the line on this game was Auburn by 16 points? I’ll be shocked if AU scores 10. It’ll be low scoring for sure.

Also, I think the “weekly poll” has some errors. I’m no math wizard but take a look at the results I’m seeing:

Is anyone else counting 17 total votes?

Well if you noticed before you voted, they were checkboxes, meaning you could vote for more than one.