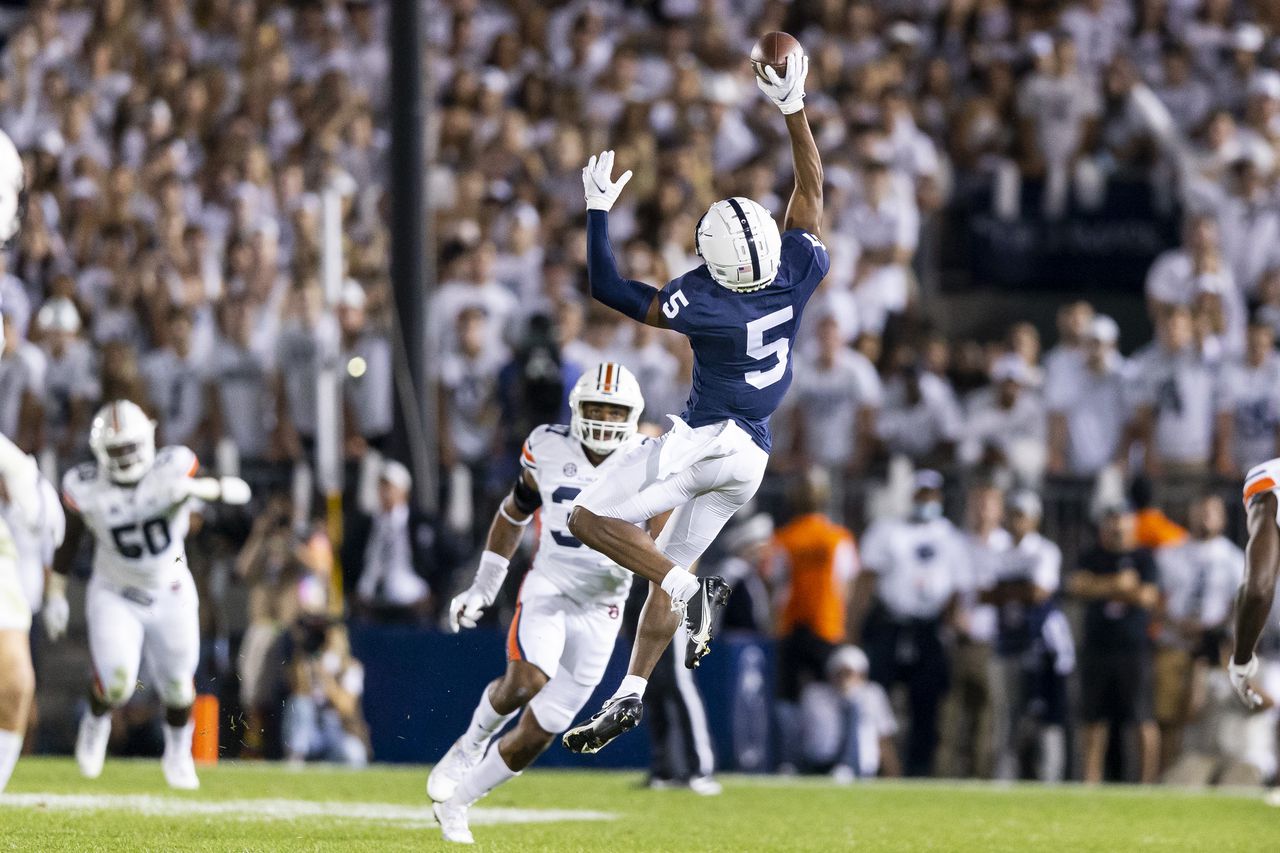 Auburn went in to Happy Valley being told they’ve never seen anything like the environment they’d face and their two blowout wins meant nothing. Bryan Harsin went into Happy Valley being told he’s never coached in a big game on the big stage. Whether those things are true or not, Auburn seemed unaffected by the environment, they seemed to be able to play a top 10 team pretty even on the road, and Harsin led his team doing in those things.

Penn State may be loud during their White Outs, but as I said in the game preview: noise is noise. At no point did Auburn seem affected. There were no delay of game penalties. I do remember one false start, but it wasn’t even during a loud point in the game, so it was likely an issue of him not knowing the snap count. Even late in the game, Auburn was able to quickly get to the line and spike the ball twice with no issues. They looked completely prepared for the crowd noise and situation.

The two weeks prior to Auburn’s trip to Penn State, they destroyed two destroyable teams. They got zero credit. Despite the fact that other highly ranked teams struggled with teams similar to those that Auburn destroyed, Auburn seemingly got negative credit for doing what they were supposed to do. 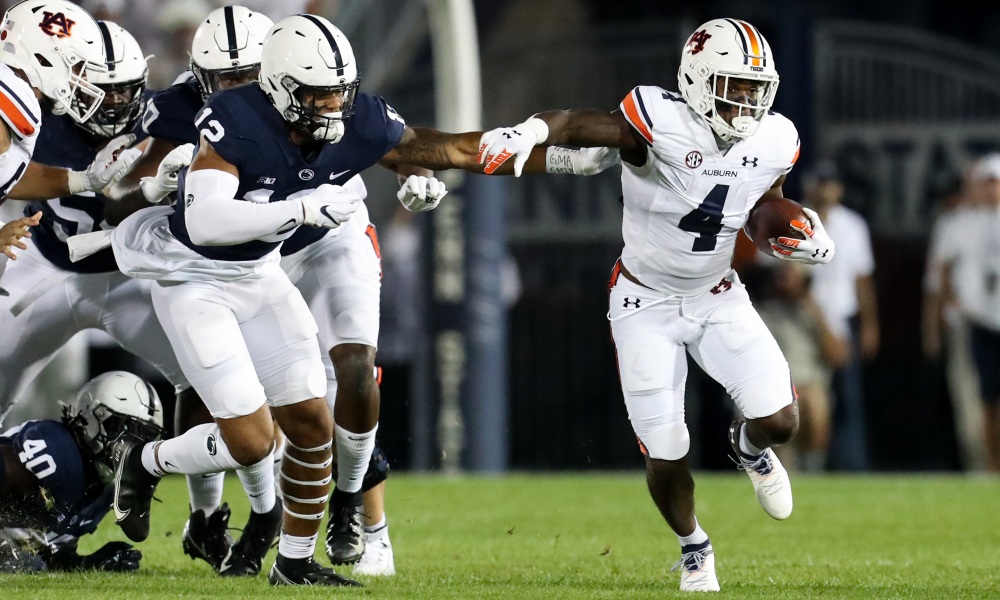 You see, opposing fans are usually so illogical that instead of just saying that we don’t know much about Auburn because they beat two bad teams (still a fallacy in this case), they have to take it further and actually insinuate that it means Auburn is bad because they beat bad teams badly. Maybe it’s the word bad that confuses them? The worst part is that media members, the people that still somehow affect rankings of football teams, start to fall in line with this line of reasoning.

Therefore, Auburn was so bad from beating bad teams badly that you’d definitely expect them to travel to Big Ten country against a Top 10 team and get destroyed, right? It’s the only logical outcome.

But no, Auburn did what people with brains expected. They went back and forth with a good team in their home stadium receiving all the good home vibes possible. They proved they are up there with those teams because Auburn is talented and capable of beating bad teams badly and playing toe-to-toe with decent teams playing in front of 106,000 of their fans.

Officiating was stupid and bad both ways, but in crunch time it was stupid and bad towards Auburn. That’s a fact. It’s always a bad pass interference call or non-call that matters late, and Auburn got two in the final three minutes. So, again, it always “evens out” — even though it doesn’t — but Auburn’s half came at the worst time.

If you want to talk about Penn State being shorted a down in the 1st half, sure, they were. But it would’ve been 3rd-and-11 on a drive that the Auburn defense had locked down, so it’s very likely that they would’ve been punting the next play anyway.

Bottom line, the calls that seemed to be makeups the rest of the way weren’t equal or even. 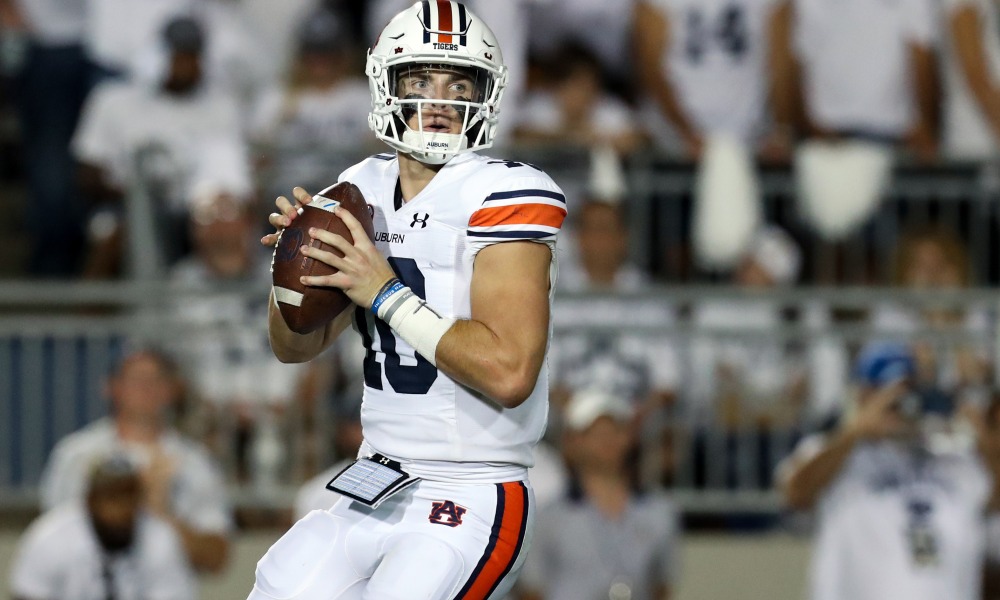 If it’s 4th-and-2 and on the 2 yard line, what do you think the defense is looking for? If Tank can be stuffed, whether it’s his fault or not, it’s more than likely going to happen in that situation with the game on a line. A better play can always be called by the person not calling them, but it comes down to execution nearly every time.

Look, I love Bo Jackson and all of his relatives, including #11 Shedrick Jackson, and I understand him being the top target given his senior status, but there is something up. I am putting zero blame on him or Bo or anybody on the field, but it’s almost as if every ball thrown to him is cursed. I noticed it last week in the Alabama State game. Auburn went deep to him a lot. Either the guy covering him has NFL talent, or completions to Shedrick are not meant to be. Even when he did catch the ball Saturday night, it was when they had the eventually reversed fumble call that they stripped out and took it to the house. It was a nearly cursed disaster.

Again, I am not even questioning if he’s good or able to handle the load, but it just seems like every time Bo throws to him, something negative happens to the pass. It’s like voodoo is all I’m saying. And it’s all I’m going to be saying until Shedrick scores 3 touchdowns in a game.

I mean, it seems like he is targeted on nearly every pass and he had 2 receptions against Alabama State and 2 against Penn State. He has less than 100 yards this season and no touchdowns as Auburn’s top target.

AGAIN, I am not even questioning if he’s good or able to handle the load, but it just seems like every time Bo throws to him, something negative happens to the pass. So maybe Auburn should just throw it somewhere else to get the mojo working elsewhere.

Truth be told, and everybody with a brain agrees, Auburn could’ve won the game. They made a few mistakes, sure, but they only gained 19 less yards than Penn State, they had more first downs, they had the ball longer, and it was a touchdown game. A touchdown that was scored from a short field after a fumble on the 1st play of the 2nd half. 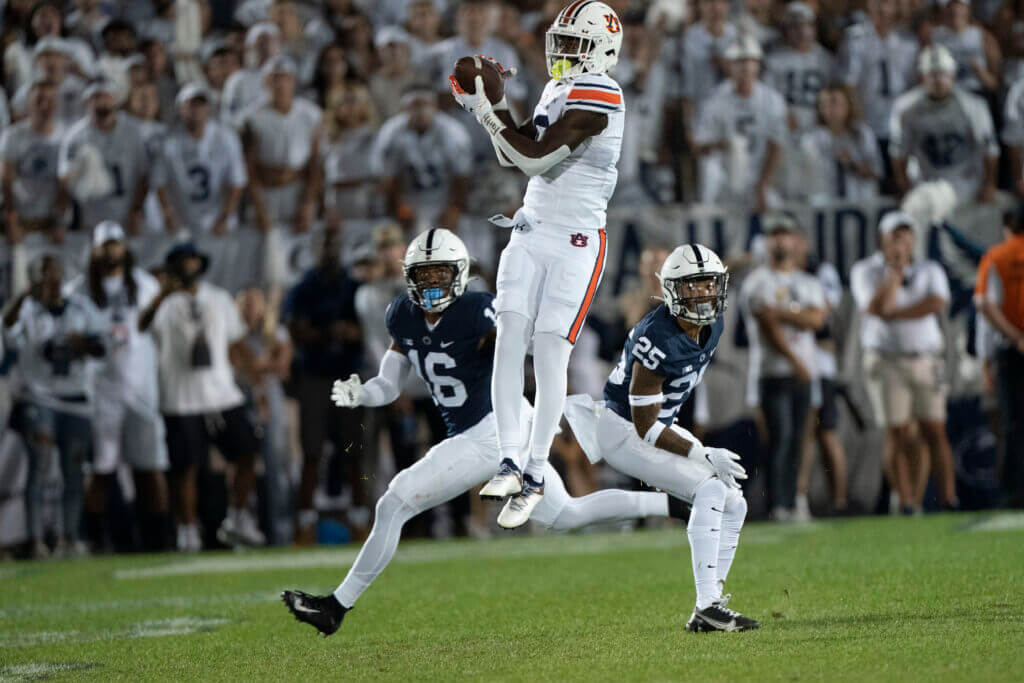 I’m not harping on it, but it was a fluky stupid fumble. The play call appeared to put Kobe Hudson in a passing situation, and once he saw nothing was there, he tried to run with the ball still in his hand like he was looking to throw. He dropped it. Penn State got it. They scored a touchdown and it ended up being the difference.

It wasn’t the play call. If he threw a pick, then maybe you could blame the play call. He held the ball in his hand because he was about to pass and he dropped it. It was stupid and fluky and just bad luck. That’s all.

If your question is “why are we running trick plays on the first play?!?!”, again, it had nothing to do with the trick play because it never got to that point. I’m sure we should’ve just handed it to Tank again and everything would’ve been alright.

“What might’ve been” always turn to anger in the college football world, or at least at Auburn. Sometimes you lose. Sometimes things don’t go your way. If you get blown out, that’s when you can worry or maybe even get a little heated. But considering what Auburn was told would happen, and considering how Auburn handled it, and considering the outcome could’ve gone either way, it’s fine to just be bummed you lost and be glad you have a beatable team coming in that will allow Auburn to fix their mistakes.

Be a fan. Enjoy life.

You complain about Auburn getting no credit for destroying 2 destroyable teams, so I was surprised to read this is your SEC Rankings after week 3.

“13. Tennessee (2-1)
Never in the history of the world has someone dropped in a ranking after beating a team by 56 points. But they have now.”

How is this any different from what you claim has been done to Auburn?