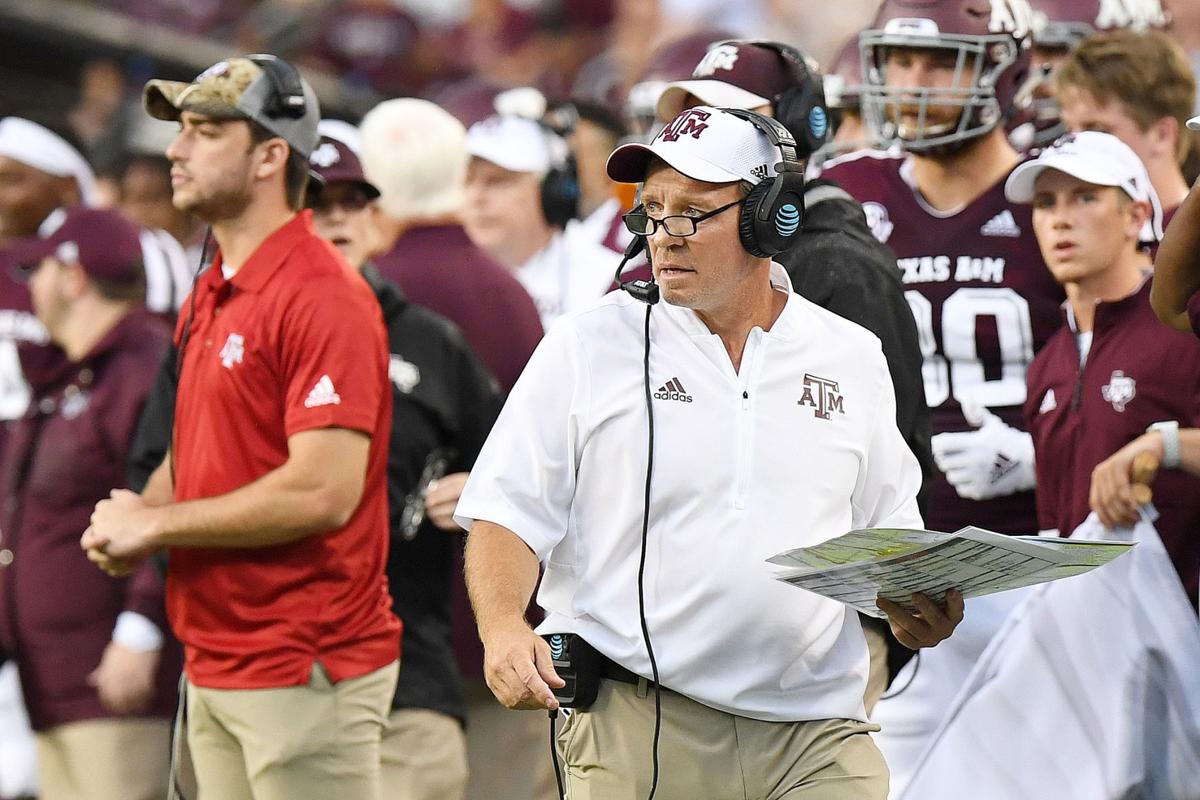 Matthew Bartlett (@_mbartlett_) is a Texas A&M grad, college football writer and stats junkie. He’s currently based in Houston covering the Rice Owls as the Editor and Managing Director for The Roost. Matthew is making his third appearance on the Other Sideline. Rice is delicious.

Does anyone really know what Auburn is? It’s a familiar refrain for a team that bounces back and forth from great to woeful as frequently as the Tigers seem to do. Texas A&M has Playoff aspirations. No matter how wishful those may be, they just don’t want Auburn to screw things up.

Cautious optimism. Jimbo Fisher was supposed to build an SEC and National Championship contender in 2020. So far, it looks like he’s done that, despite the challenges. The early loss to Alabama has taken some of the spotlight away, but that’s probably a good thing as the Aggies keep finding ways to win anyway.

3. Have Texas A&M fans looked at what they’ve actually done this year. A 3-point win over Florida is about it, right?

In terms of landmark victories, the Florida win would be the one. But you can only play the games on your schedule. I feel like I’ve heard that refrain about a lot of highly ranked teams in playoff conversations in years past. Even if Texas A&M wins out and doesn’t make the Playoff, a plausible if not a likely scenario, the Aggies are still going to finish with the best record they’ve ever had against the SEC West and nine total SEC victories. That’s a great year. Period.

It’s hard to say, but he definitely hasn’t made the progress as a passer that many hoped he would after some promising moments in his early years in College Station. Decision-making is still a question mark with him and he certainly hasn’t played his best game yet. With the defense Texas A&M has, he just needs to be okay and the Aggies are going to always have a shot to win.

5. Name two Aggies that Auburn fans should be worried about.

Isaiah Spiller and Ananias Smith. They’ve essentially been the offense for the Aggies in 2020 and have both proven to be game-changing caliber players. If they bring their A-game, they can overcome poor performances from the rest of the offense.

Probably Nehemiah Pritchett and Roger McCreary. Texas A&M hasn’t gotten much production from their wide receivers recently and those two have the potential to stifle an already underperforming unit.

I might cheat here and say Kellen Mond vs himself. If he plays smart and distributes the ball, this offense is capable of scoring enough points to win. A great game by Mond would be icing on the cake, but I’d settle for Mond making the right reads and good decisions with the ball in his hands.

Texas A&M has a legitimate shot at a New Year’s Six Bowl. Auburn could theoretically get there with some help, but they’d have to win this matchup. But like you asked earlier, have Auburn fans looked at what they’ve actually done this year? Their only ranked win came against a No. 23 Kentucky squad that is currently 3-6.

10. Would you rather Texas A&M be in the SEC and never play Texas again or go back to the Big 12* and get back to that rivalry, and why?

Texas A&M is never going back to the Big 12. The desire to play Texas depends on which Aggie you ask, I’d be for it. But if I had to pick, I trade the rivalry for yearly games against Auburn, Alabama, LSU, etc. Especially if Texas A&M is able to complete their second Top 5 season this season since joining the SEC, a feat which Texas has yet to achieve since the Texas A&M left the Big 12.