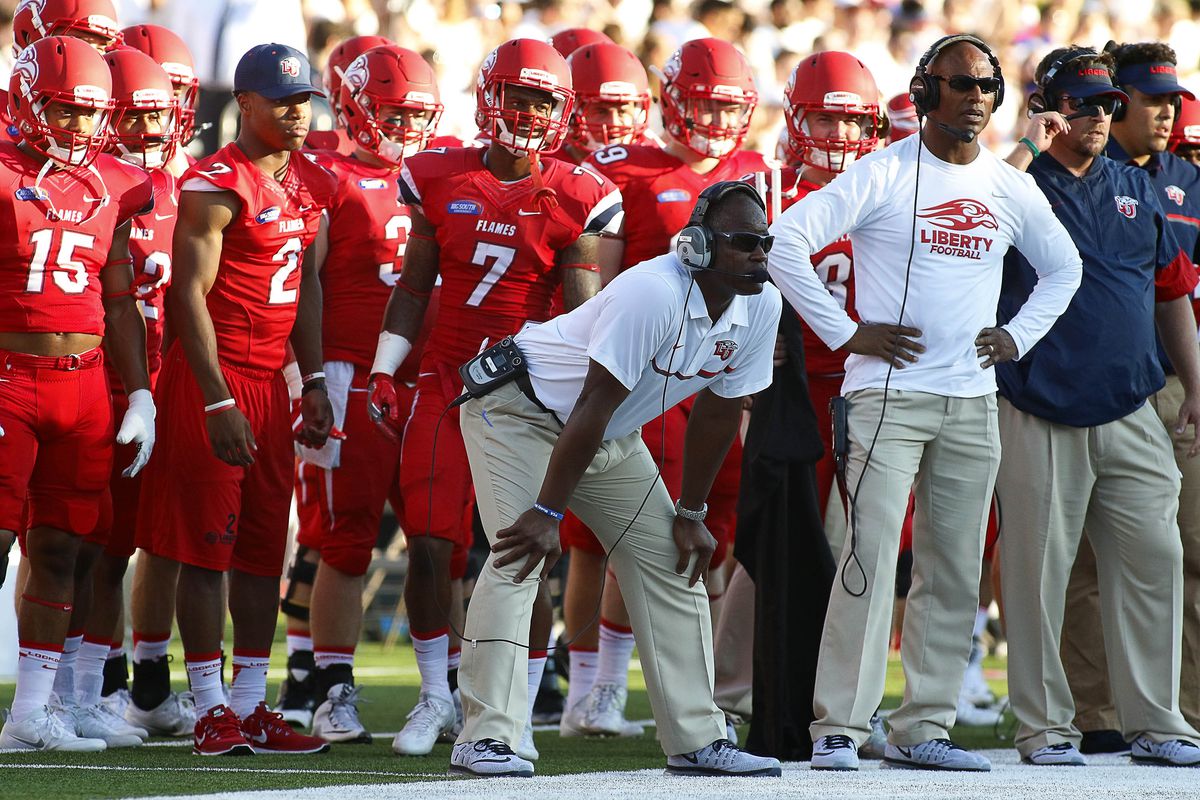 Jon Manson is the founder and editor of ASeaofRed, the premier, independent site covering Liberty University athletics. He has supported the program from the FCS days of playing Presbyterian and Monmouth and is thrilled to be able to witness Liberty’s first ever meeting with an SEC opponent this Saturday.

1. What is a Liberty fan’s first thoughts of Auburn football right now?

This will be Liberty’s first ever game against an SEC opponent, so while the Tigers may be having a down year by their standards, the Flames’ faithful understand the likelihood of the overall talent and depth disparity between the two squads.

Over the past decade Liberty has certainly developed into a football school. When I was in school (2002-06), football attendance was minimal. It was more of a basketball school now. But the school has poured tons into the football program. The stadium was just expanded from 19,200 to 25,000 this past offseason. Syracuse is the team’s season opener in 2019, the first of many P5 schools scheduled to visit Lynchburg in the next few years.

3. Does the win over Troy and Auburn’s struggles this season give the Flames hope?

Liberty has been sort of a Jekyll and Hyde this season. The season opening win over Old Dominion, the first half against New Mexico, and the win over Troy were certainly the high water marks of the season. But there have been other times the team, on defense particularly, has been non-existent. I think we all realize, that it will take nearly a perfect game and a few opportune Auburn mistakes for the Flames’ to be able to pull off the upset.

4. Who are your two favorite Auburn Tigers of all time and why?

5. Name two Flames that will give Auburn trouble.

WR Antonio Gandy-Golden has the most pro potential. LB Solomon Ajayi, brother of Eagles’ RB Jay Ajayi, has been a very solid player for the Flames’ defensive unit.

6. Which two Tigers scare you the most?

Jarrett Stidham and Ryan Davis. Our defense has had problem all season with solid QB-WR combos.

7. What matchup will determine the outcome of the game?

Liberty’s secondary against the Auburn WRs. If the Flames can’t keep Auburn’s receivers in check, it will be a long evening.

8. What is your analysis/prediction of the game?

The Flames will come out very aggressive, particularly on offense. QB Buckshot Calvert and company will keep the Flames’ within striking distance for the first half and maybe through 3 quarters. After that, Auburn’s depth will widen the gap. I’m thinking a final score somewhere around 42-17.

9. Where will Auburn and Liberty end up this season?

Well, the final two Auburn games should be easy to predict, so 7-5. Liberty will be favored in its final two games, a record of 6-6 would have been as good of a record as any Liberty fan would have predicted prior to the season.

10. Lastly, Liberty’s mascot is the Flames, but the actual physical mascot is an eagle? Who do you think you are? Auburn?

We were always told that a Flame is a flock of eagles. That’s not right?

Clemson Review: It Was the First Game