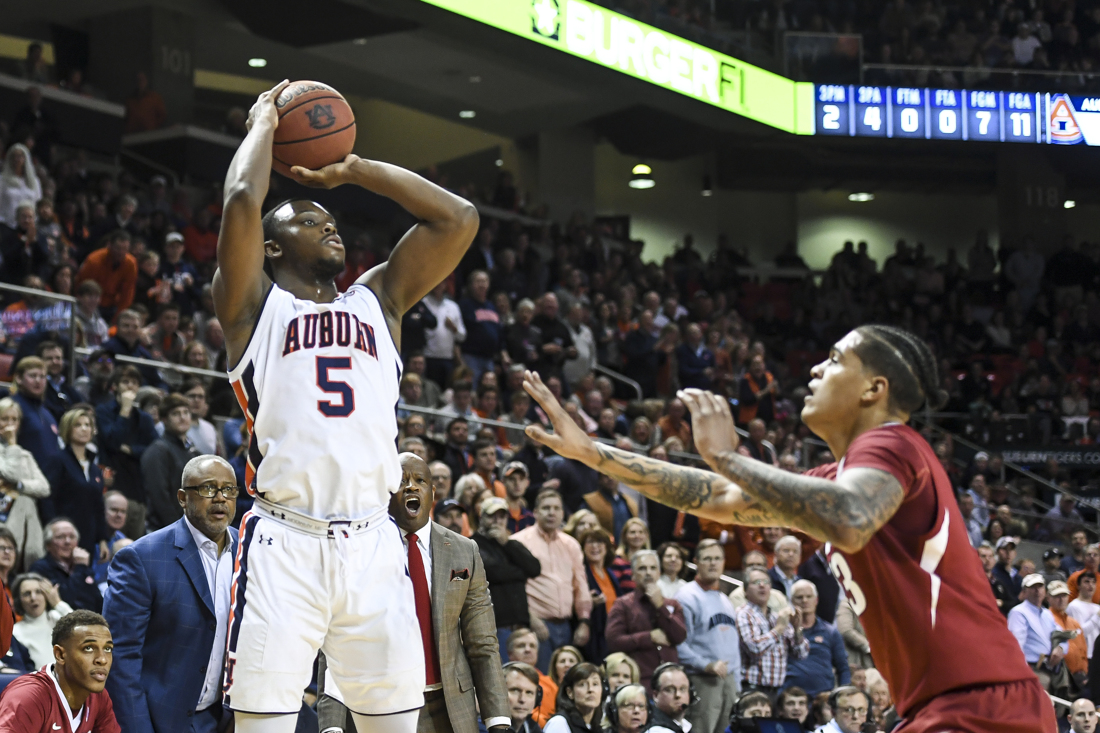 Auburn got off to a fast start and led the 22nd-ranked Arkansas Razorbacks by 17 points at the half. The officials appeared insistent on ruining Auburn’s day, letting the Hawgs cut the lead to 7 a couple of times in the 2nd half, but Auburn made a few late shots to win by 11 points.

Highlights of Auburn’s 85-79 Win Over Missouri