I’ve already told you once before of Auburn’s connection to those of the Irish persuasion, but it wasn’t until today that I realized there were so many Patricks in its history. 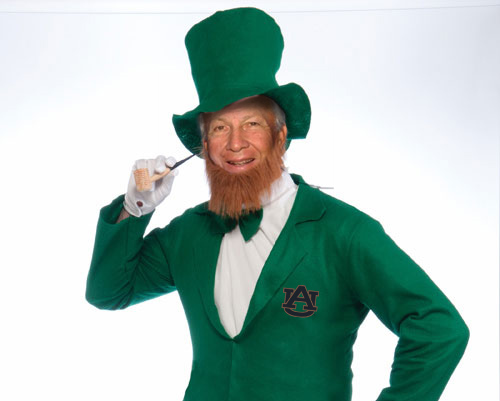 Auburn also has two athletes directly from Dublin, Ireland. Auburn basketball center, Pat Burke, just so happens to be the first Irishman in NBA history. And did you know that Auburn’s placekicker for the 1975-76 seasons, Neil O’Donoghue was Auburn’s first soccer-style kicker? Now you do. WPE.

Thanks to @PosingPlainsman for some info. Leprechaun Pat Dye from @AUlteredEgo.