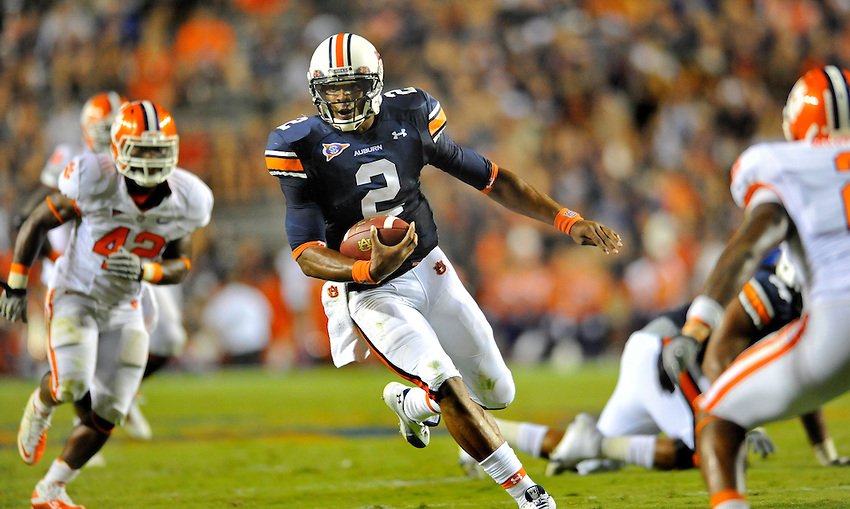 I told you in Week 1 that I would step it up this year. 13-4 is stepping it up, I’d say. Some of the big boys had big games last week. Now the other big boys have big games this week. It’s a good one.

Eastern Kentucky at Kentucky – Who remembers the near upset from this storied rivalry in 2015? No one? Y’all don’t remember these two going to overtime two years ago. Yeah, they did. Kentucky won then, and they’ll win bigger now.

UT-Martin at Ole Miss – It’s the 2nd greatest uniforms in sports versus the beginning of the end Rebels. They’ll feast for a while as they rack up points on these lower teams, but that soon will end. Oh yes, it will end.

Northern Colorado at Florida – Florida returns half their team from suspension after looking completely inept against Michigan a week ago. Will they be back to form? I don’t know. They’re playing something called Northern Colorado.

Fresno State at Alabama – Fresno State was pretty good for a while, but over the last two seasons they’ve won a combined 4 games. Now last week they beat a team 66-0, but that team’s name is Incarnate Word. Not sure if it’s a good idea to beat a Catholic school by a score that close to 666, but it can’t end well. As their punishment they get to play a guy with a name that closely resembles, well, you know.

TCU at Arkansas – TCU is not the team they once were, but they are ranked in the Top 25 this week. Arkansas should not be that great this year, but I just have a feeling they’ll beat the Horned Frogs in Fayetteville. Arkansas is always good for a win that seems big at the time to garner hype, scare some people, and then lose 6 games. This fits perfectly with their typical seasonal flow.

Indiana State at Tennessee – The Volunteers won a game they shouldn’t have last week, now they get a cupcake to go 2-0 and look better than they are. Where have I heard this before?

Alabama A&M at Vanderbilt – The Bulldogs travel an hour up 65 to face your typical Vanderbilt football team, and they just lost to a brand new football team by a lot. This won’t end well for them.

South Carolina at Missouri – Both teams should top out around 4th in the SEC East, but both teams somewhat impressed in Week 1. I mean, giving up 43 to Missouri State isn’t impressive, but scoring 72 is. And beating NC State seems to be impressive at the moment. I still don’t trust anything about Missouri.

Nicholls at Texas A&M – What do you need after collapsing with a 34 point lead? You need Nicholls. But they almost beat Georgia last year… hmm… nah.

Georgia at Notre Dame – This game would be a whole lot different if Jacob Eason wasn’t hurt. It’s a very cool matchup by the names, but Georgia starting a freshman quarterback at a shell of what Notre Dame should be? Not so much. Georgia is still much bigger, stronger, and faster. They’ll win a close one.

Auburn at Clemson – Check back tomorrow for my prediction in the game preview, but SPOILER ALERT: taking the training wheels off.

Oklahoma at Ohio State – I’ll be honest. Pretty big matchup here. Both teams should be very good and should win their respective conferences. Ohio State has played in a “hostile” environment last week, but ended up blowing out Indiana. Oklahoma has the team that could make this one interesting. They will.

Stanford at USC – Did Stanford get back from Australia yet? After beating Rice 62-7, I may have just stayed there. USC didn’t absolutely obliterate Western Michigan last week, so I’m not fully sold yet. I’ll go with the home team.