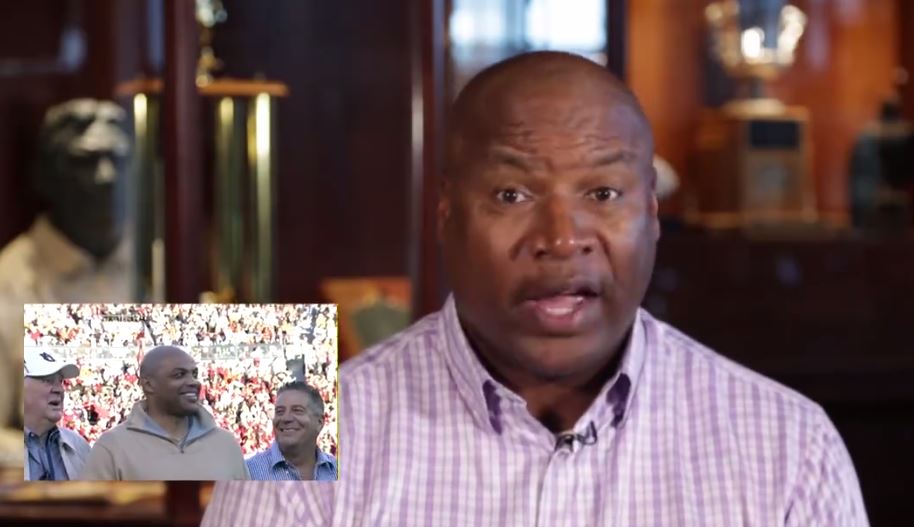 During Auburn’s beatdown of Arkansas this past Saturday, former Auburn basketball legends were introduced on the field. Charles Barkley was one of them.

After his introduction, Bo Jackson showed up on the BOOMtron and joked at the fact that he had a statue on campus on Barkley didn’t. Then he announced that Charles would be getting his own statue. It was really cool.

Loved it! Loved the new video. Loved Nova’s flight. Loved the fighter jets flyover. Great halftime show by the great Auburn Band. Oh, and the ball game wasn’t bad either! All in all, a great day at Jordan-Hare Stadium, aka The Center of the Universe!