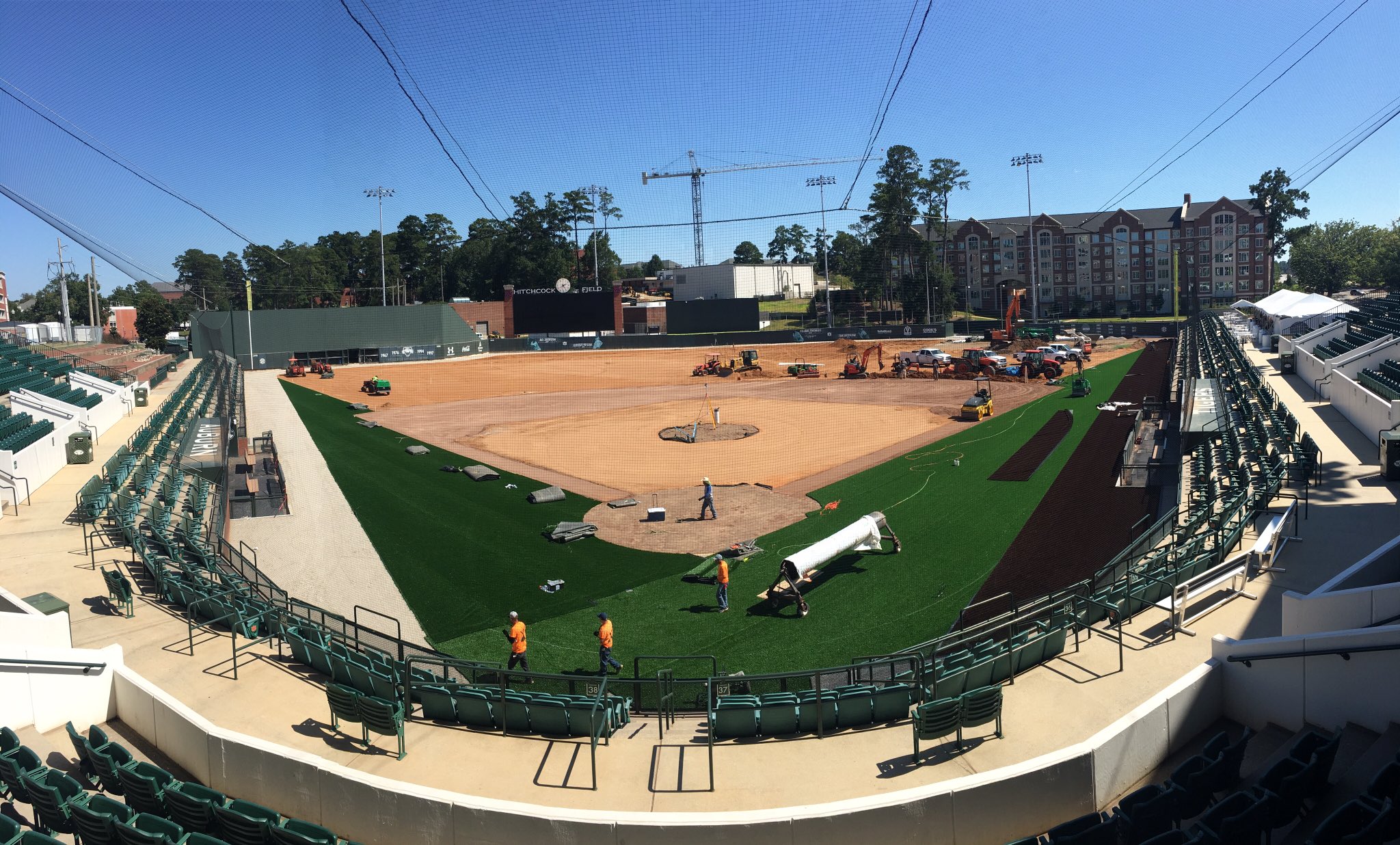 For the past month or so, the Auburn grounds crew has been ripping up and in the process of replacing the turf at Hitchcock Field in Samford Stadium at Plainsman Park. There were rumors that foul territory would be replaced with artificial turf to allow for more practice opportunities and less upkeep. We’re not talking about the old stuff in the Astrodome. We’re talking that good squishy stuff in Auburn’s football indoor practice facility.

According to this picture from @precision_turf, we have proof. I can’t tell yet if the outfield foul lines will be on the fake turf or the real turf, but it shouldn’t make that much of a difference. I’m interested to see what this is going to look like with real grass and dirt next to it, but it doesn’t bother me.

Hardwood household furniture possesses one thing incredibly natural concerning it.
There is this feeling of coziness, of attribute and of elegance that can be actually be located in hardwood furniture.
Wood is born coming from the planet.