With 87% of the vote, Cam Newton, the new star of Alabama license plates, beat LeGarrette Blount in Round 1 of the Madden 13 Cover Bracket. Other than Calvin Johnson’s beat down of Dwayne Bowe (92% of the vote), it was the largest margin of victory among the 1st Round match-ups. 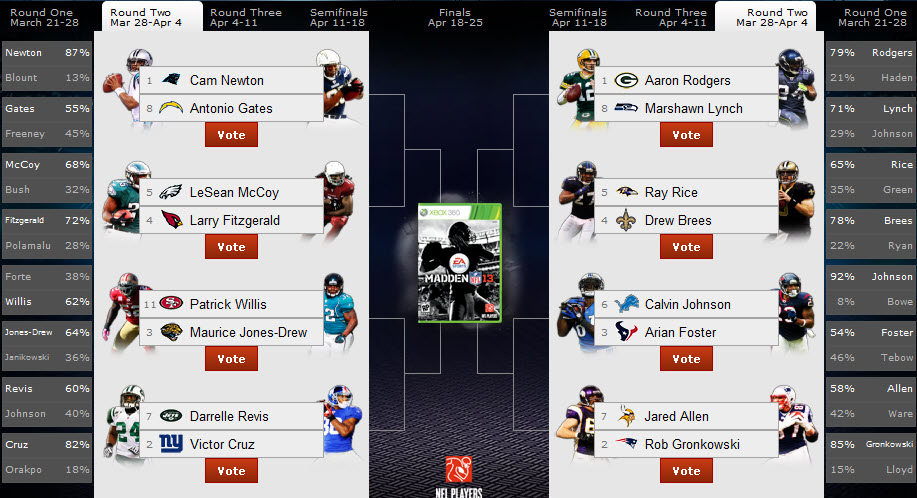 Cam now moves to Round 2 to take on 8th-seeded, Antonio Gates. It should be another landslide win (Gates is great and all, but Madden Cover? Nah…), but just to be safe, go ahead and vote for our boy. Voting for Round 2 lasts until next Wednesday morning, April 4th.