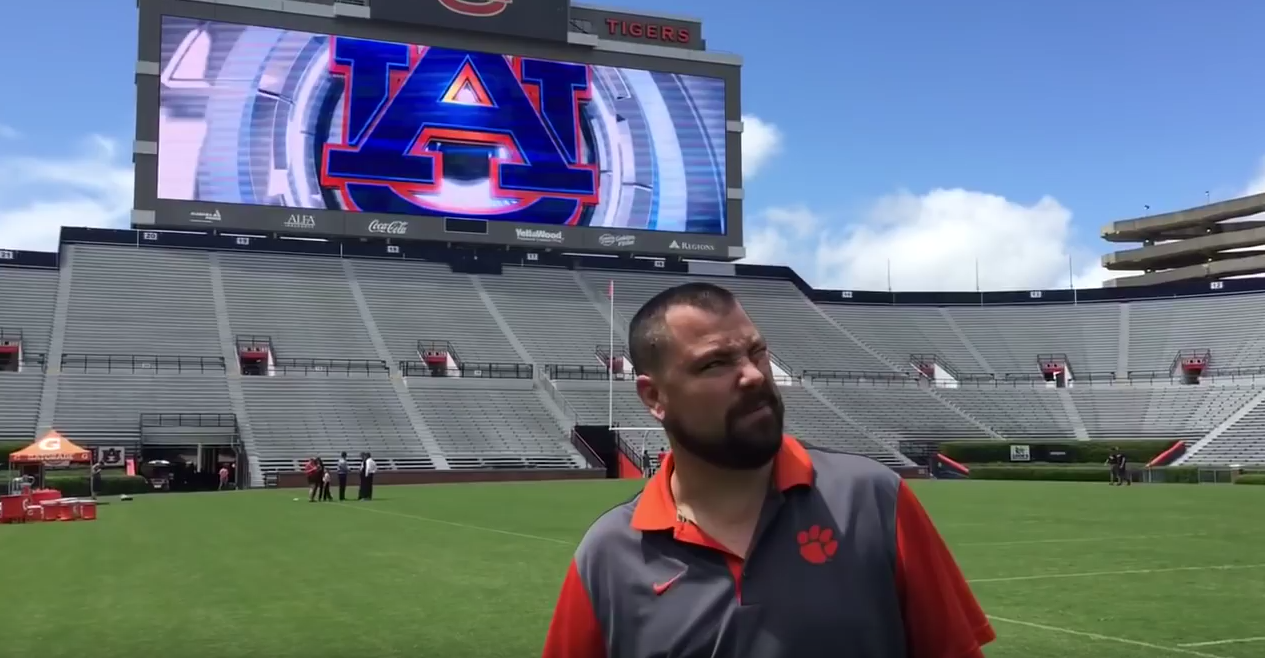 Before the 2012 season, just two years after Cam Newton had beaten his Tigers, some guy named Clemson Tom traveled to Auburn to sneak into the stadium, rub his feet on the grass, and talk trash at a very high level.

On what looks like a Saturday following one of Auburn’s recent scrimmages, Clemson Tom snuck in (or was let in by someone who needs to be fired) to let more trash talk commence. He’s a little older, which means a little less brash, but it should still get you going. We’re under three weeks, people. If you’d like to give him your thoughts, tweet him at @ClemsonTom.

Talking With A Tiger: Tyrik Rollison

Are you sure he’s not a bammer in disguise? Look at that haircut.