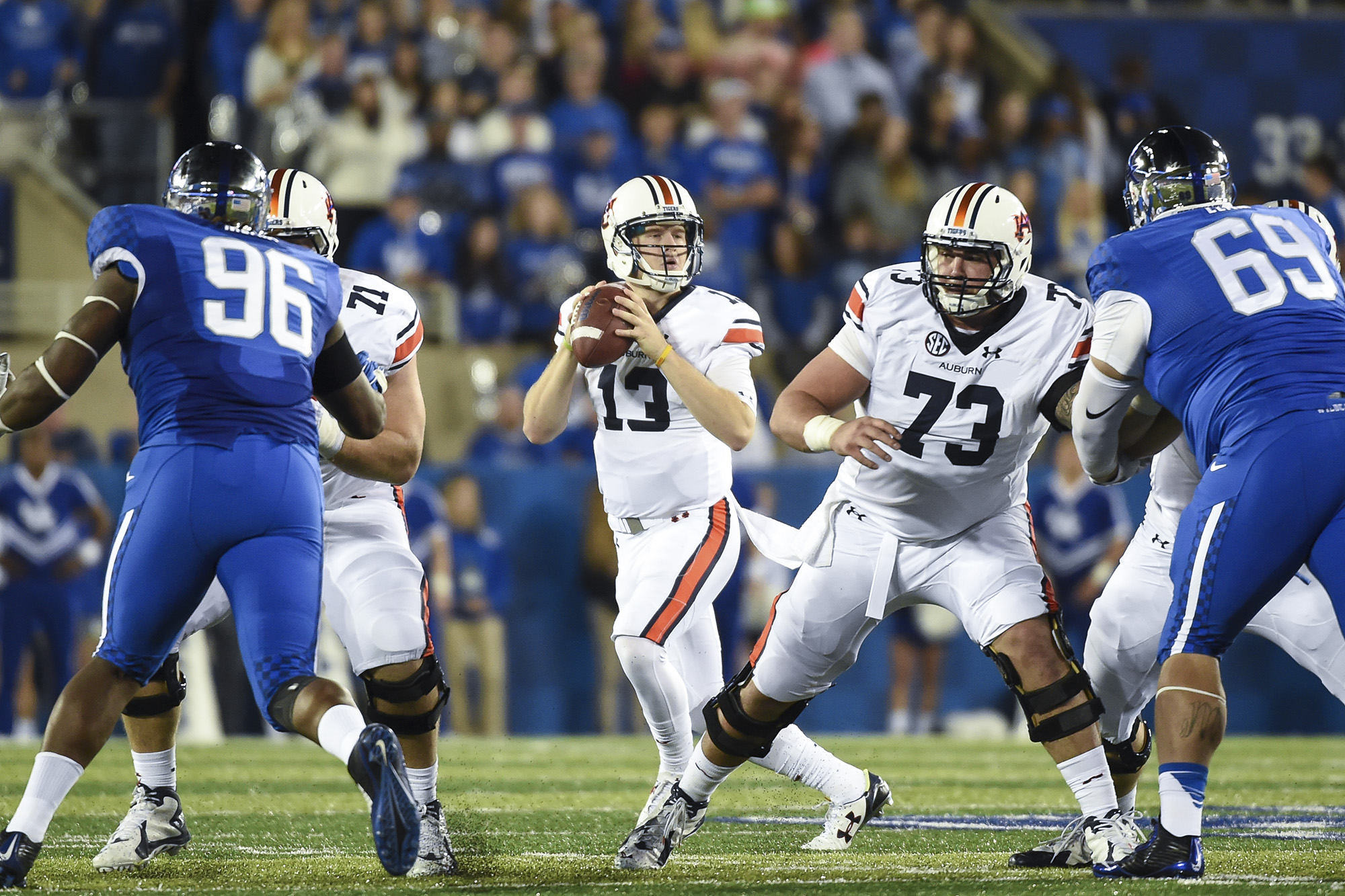 Auburn rolled into Lexington last Thursday night needing a win in the worst way. With a loss to Kentucky, Auburn would’ve suffered, well, a loss to Kentucky in football, but it would have put them at 3-3 after one half of the season. Given the expectations, and more importantly what was left on the horizon, just being able to split the first six games wouldn’t bode well for the rest of the year.

It was apparent from the beginning that Auburn wasn’t going to fall victim to the lights and sounds that the road team must face during a Thursday night game. The offense went down the field, including stellar passes from Sean White to Ricardo Louis on two third-and-longs, and scored to silence the crowd.

With the departure of Duke Williams, Auburn fans wondered who would step in and take the spot Duke really wasn’t taking anyway, and it was easy to see through the entire first half that the man for that job was Ricardo Louis. Until he had his eye poked, knocking out one of his contact lenses, he was everywhere and seemed to be Sean’s only target. It didn’t matter. He was wide open everywhere on the field.

The Kentucky offense was able to keep pace with one long run that resulted in a score and a field goal in the first half, but Auburn really missed a few chances to make it a blowout early.

With Gus Malzahn’s offense, I hate kicking field goals inside the 20-yard-line. I know the offense has been struggling to score the last few weeks, and I’m not saying they should go for it on 4th-and-goal from the 19, but it feels like such a waste to kick a field goal that close. I feel like this offense can score on any play.

After scoring the two touchdowns in the first quarter, Auburn stalled on two drives in the 2nd quarter and could only muster two field goals. You make those touchdowns and the lead goes from 17-10 to 21-10 and from 20-10 to 28-10.

Then consider Blake Countess missing a sure-fire pick-six deep in Kentucky territory that would’ve added seven more to make it 35-10. Then when Auburn was able to get the ball back with 47 seconds left in the first half, Sean White made a near perfect throw to Tony Stevens in the back of the endzone. Had White taken 0.0001% off the throw, or had Tony Stevens had 0.0001% less muscle on his forearm, Auburn could’ve been up 42-10 at the half. Or let’s still pretend that Auburn should’ve kicked those field goals instead of the hypothetical touchdowns. It then would’ve been 27-10 at the half.

Is this hurting your head yet? Ok, I’ll stop. The point is that there were some very big black-and-white situations that kept Auburn from sending Kentucky to the locker room with no hope.

But how about Daniel Carlson, huh?!

The second half was a lot of Auburn playing with a two touchdown lead and Kentucky dinking-and-dunking down the field. I don’t know why every team in the world can convert 3rd-and-22 on Auburn’s defense, but they can.

BUT… when the Auburn defense had to make a play, they did. They did get off the field on 3rd down just enough. They had some sacks. They had a pick in the end zone. They held the run game in check, other than the one run in the 1st drive of the game that was caused by a really weirdly missed tackle that sort of made everyone quit on the play. 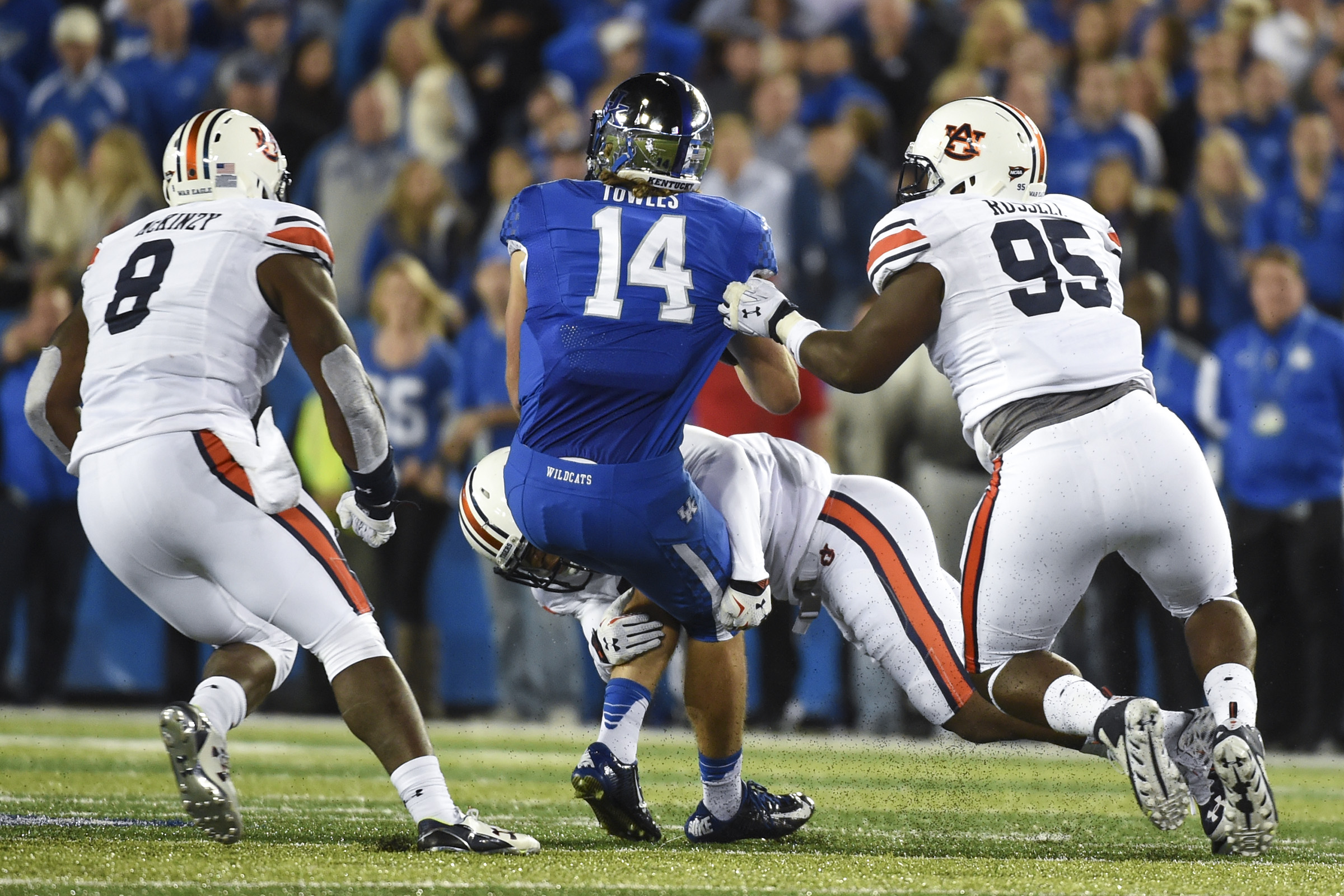 Overall, the offense continued to improve. The passing game was something it hasn’t been all season. Sean White is the quarterback and he is good. And he’s only a redshirt-freshman. He was making throws that Jeremy Johnson hadn’t made all season. The defense did enough, showed a little promise, but at the end of it all, they sealed the win. It will get there.

It was a game that Auburn had to win. It doesn’t matter if it was by 3 or by 33. It was an SEC road win, in primetime, on Thursday night. They had every opportunity to let the negativity, the environment, the everything to cause them to lose, but they didn’t. They played to win and they won the game. They got better like they have each of the last three games. And after the first three games, it’s really all you can ask for.

Teach Me How To Lutzie