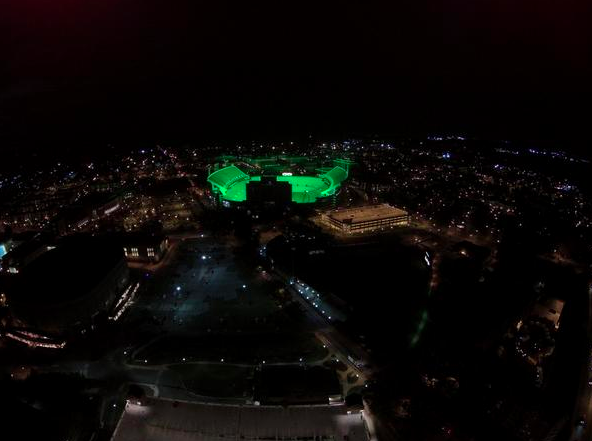 Today, Auburn warned civilians living in close proximity to Jordan-Hare Stadium that they would be testing the new video board’s sound system this weekend. They didn’t say anything about lighting up the universe, which is what they did tonight.

It started when a few beat reporters leaving Auburn’s football practice noticed the inside of the stadium literally changing colors.

Auburn doing some testing on the new scorecard tonight pic.twitter.com/1t4qlal8Ro

Then it got a little darker and the lighting got serious…

Saw the light bouncing on the clouds from my gym parking lot. Had to stop by for a #hyperlapse. pic.twitter.com/A9FAf67Ksc — Shanna Lockwood (@shannalo) August 13, 2015

And somehow, someway, someone got a picture of it from a plane (via @kigomakid). 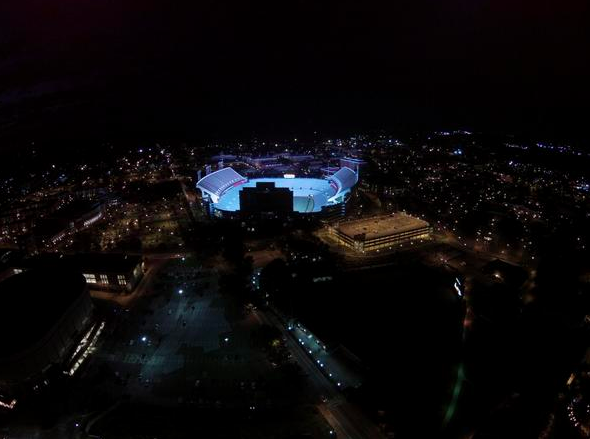 But that’s not the half of it. This thing was lighting up all of Auburn. From Troy M., this is the front of Legends of Magnolia on West Magnolia. You know, over by McDonald’s and Sky Bar in downtown Auburn?

This isn’t just like people seeing some red light in the sky. A building that’s nearly a mile away is bright red. It’s going to melt flesh, I tell you. 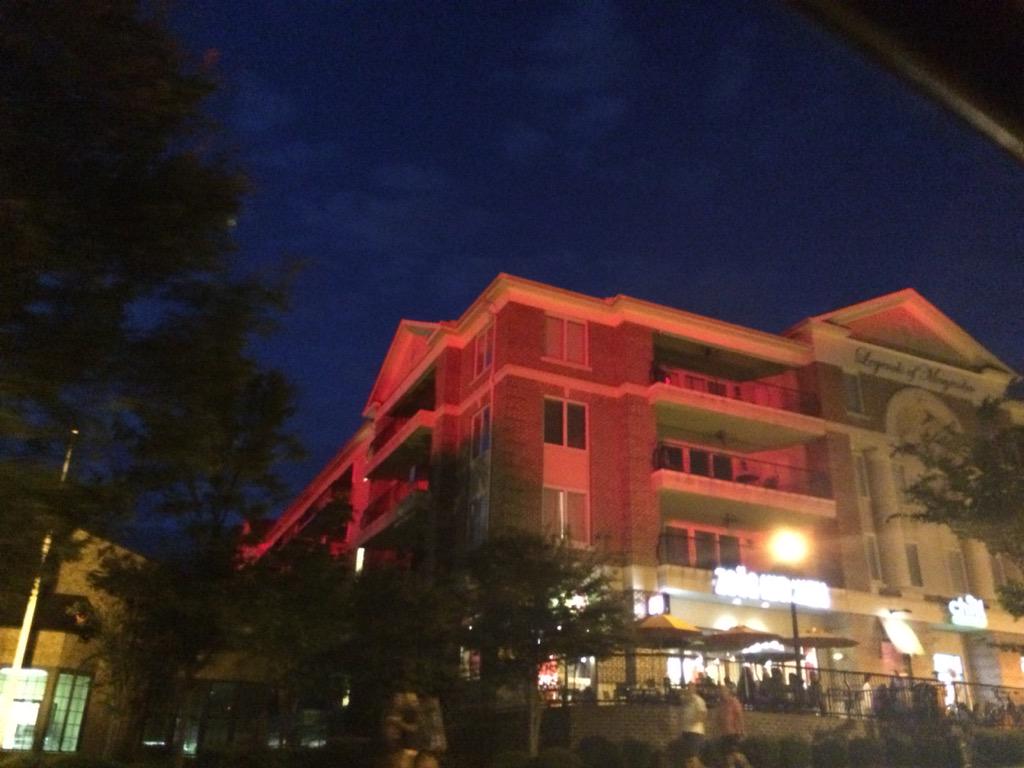 See? It’s that far away and it’s like a space shuttle’s brake light is shining from the parking lot. 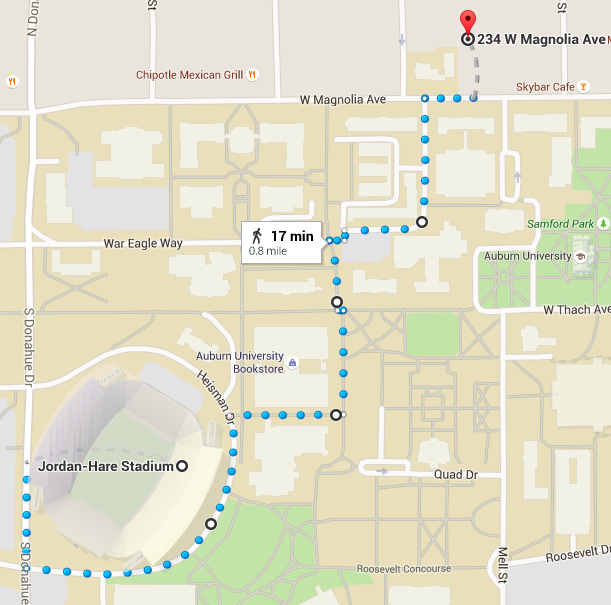 Yeah, the stadium lights aren’t on, so I’m not sure it’s going to affect the Earth’s atmosphere this drastically on a Saturday night in the Fall, but still. This thing is viewable from the International Space Station. I’m sure of it.

Update: just after posting this, I was sent a picture from @dwaybrow. It was taken by his wife, a flight instructor, from 3500 feet and north of Opelika. It’s the blue dot right in the middle. Someone call NASA. We need to borrow the Hubble telescope for a few minutes. 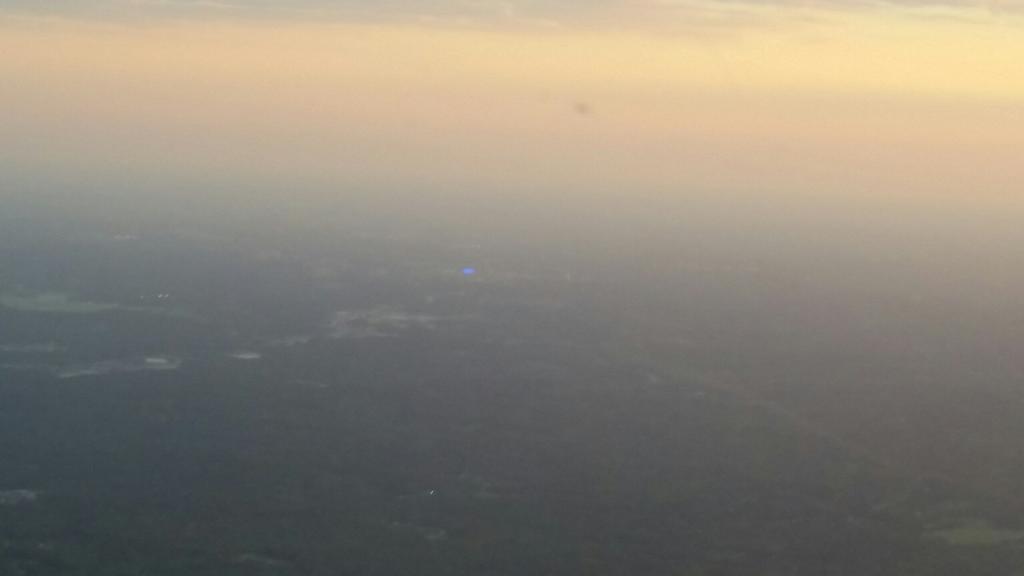 I’m starting to wonder if its too much.

I live on Glenn behind the Veterans Memorial and it was very noticeable. Can’t wait for the sound test this weekend, Metallica ain’t got nothin on these decibels

Terrible that it had to be on the night of the Perseids meteor shower…couldn’t see anything. What a shame