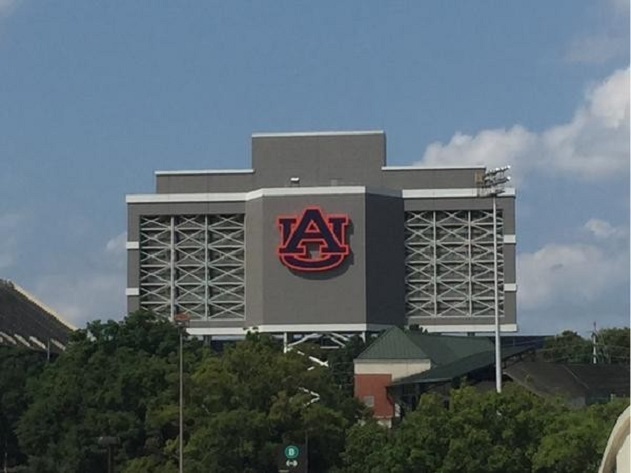 The new murals on Auburn’s shiny new massive video board are coming down. Yep, after only being up all of 20 hours or so, the Auburn Athletics Department decided it just wasn’t going to work. If you listened to my BlogleSpot from yesterday, you know I’m happy with the decision.

I reported a rumor late last night that this was going to happen, and this is apparently what went down. The company (from Auburn) that Auburn typical uses for graphics of these kind was unable to create such large banners, so Auburn used another company (from Tuscaloosa). That’s not to say that these banners aren’t working for Auburn because they were created by a company full of Bama fans, but that’s exactly what I’m saying. But really, as the tweet below shows, the murals look exactly as designed. It’s just that the mosaic look does not work that high up in the air, with eyes so far away.

A few issues w/ banners at JHS. Want to get exactly right, so will take down today. Check out the original rendering. pic.twitter.com/b4l4ebcHBA

My original source on the matter says that there may not be anything added until later in October after a better idea comes to fruition. I’m fine with those spots being left open until next year when some text or video boards of some kind can be installed.

Oh well, I’ll just be sitting here waiting on these things to show up on eBay.

Update: the eagle mural is down. That didn’t take long. 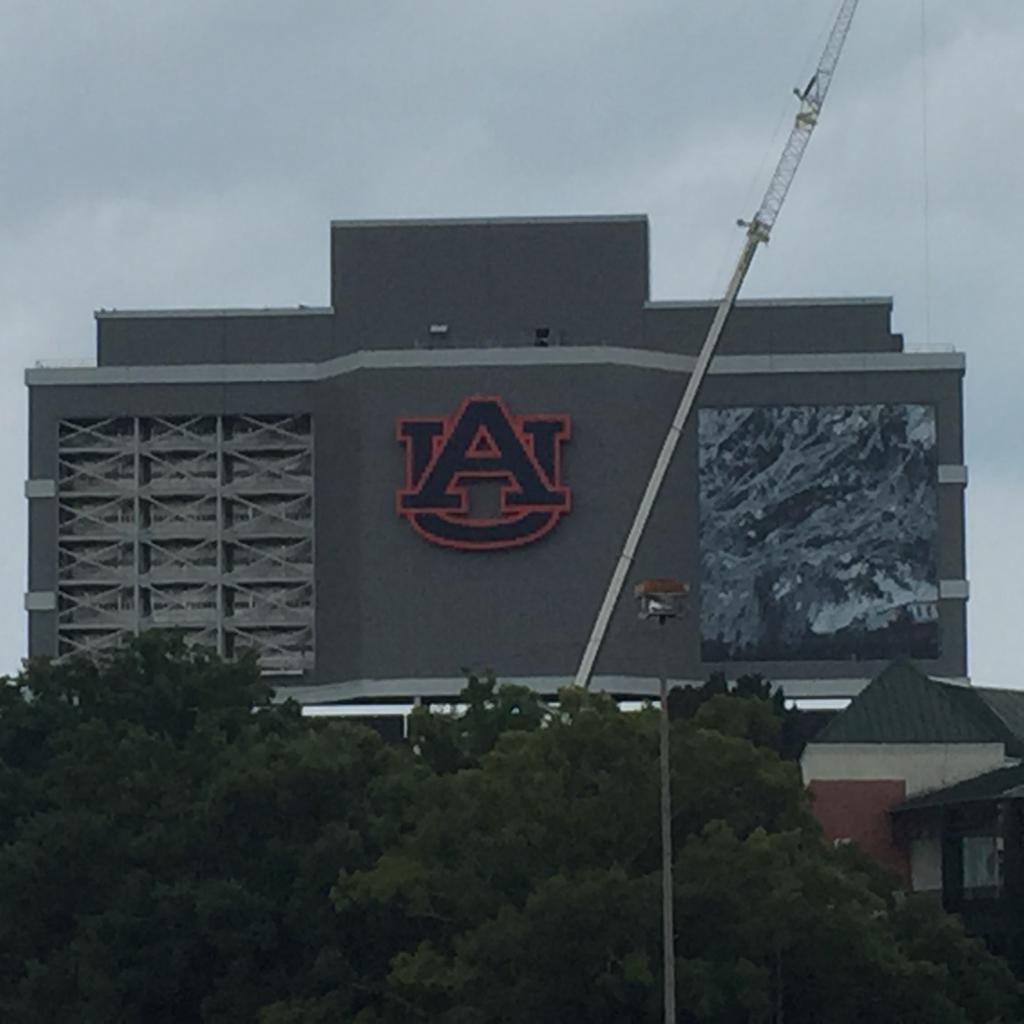 Update #2: both murals are now down and I completely fine this look. Hear more of my thoughts on this pressing subject on BlogleSpot #5. 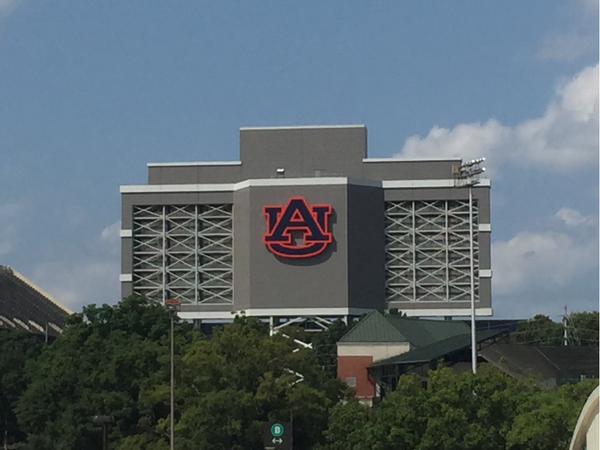 OFFICIAL: Auburn vs. Oklahoma in the Sugar Bowl

Still, fixing to ride the 5 blocks too see before it’s gone. Surely a bammer had something to do with this ;)