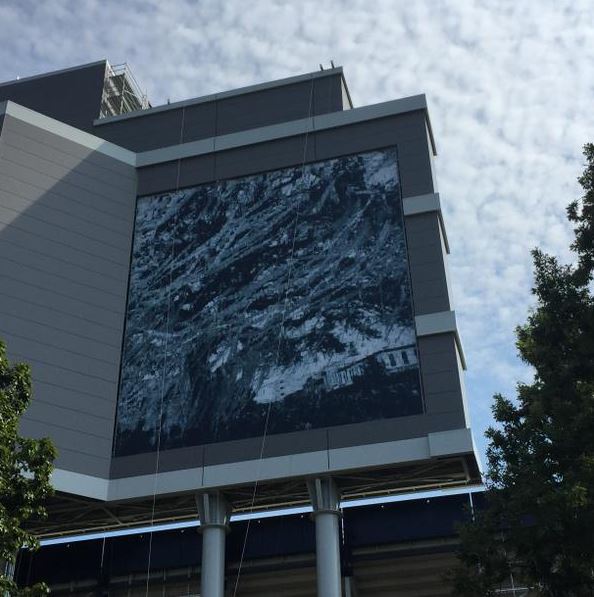 Late Tuesday afternoon, Auburn Facilities began raising what appeared to Van Gogh’s ‘Starry Night’ behind Auburn’s new video board. Upon further inspection, it is a black and white picture of a rolled Toomer’s tree. Ok. 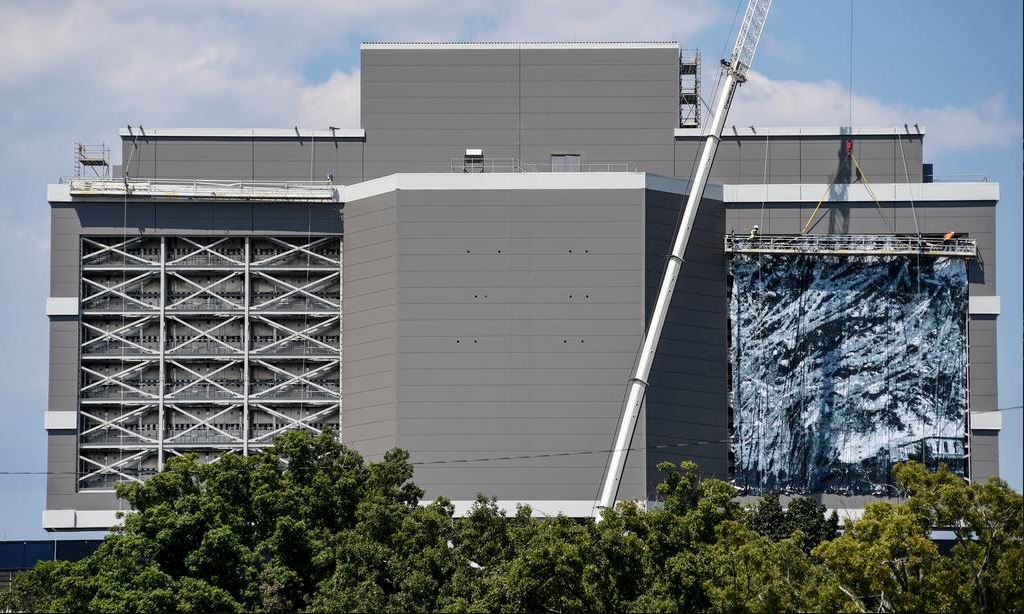 A closer view shows some pixelation, or is it just intended distortion? Surely they wouldn’t cover the back of the best screen of all time with a blurry picture.

Earlier today, another mural was raised on the left side of the board. It was quickly obvious that it was of an eagle. A blurry War Eagle. 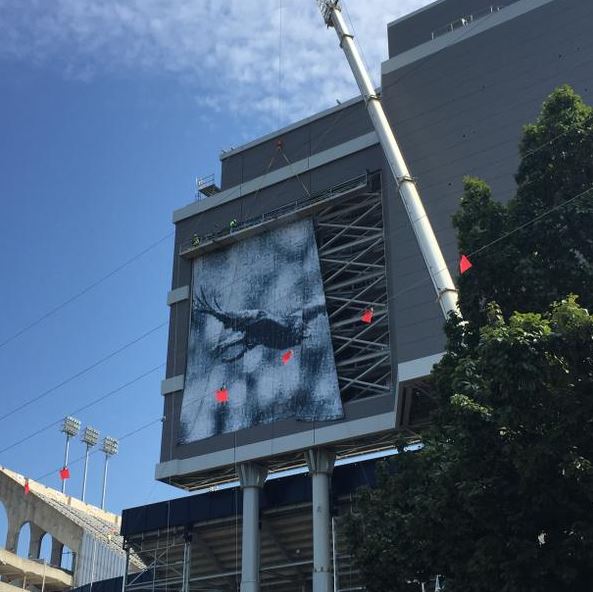 By lunchtime, we had a good idea of what it was going to look like. 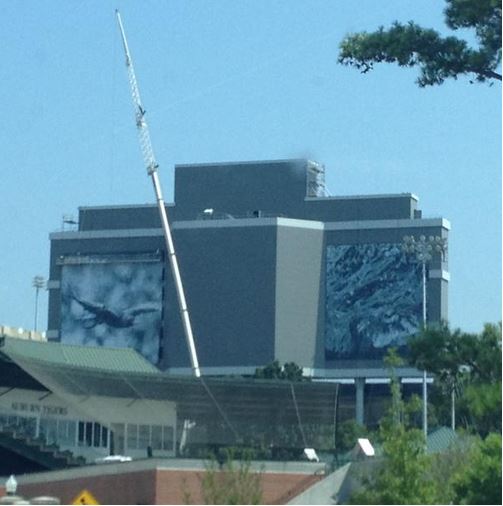 And by the middle of the afternoon,it appeared to be done. I’m okay with it for now. That Toomer’s picture sure is convoluted, though. Maybe it will look better on a Fall Saturday in person. I mean, why do they look so distorted? 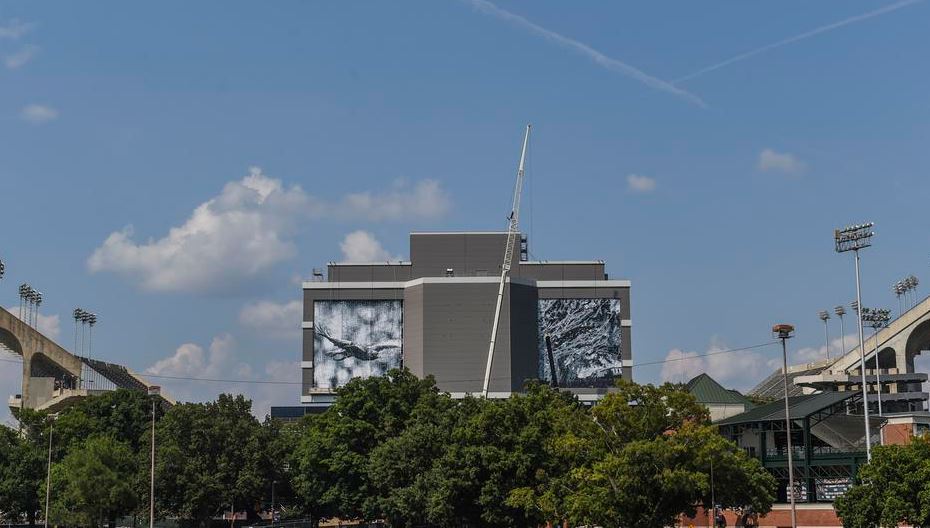 Oh that’s why. Each one of huge images is a mosaic consisting of current and former Auburn athletes and coaches. I see Bo and Rudi Johnson in this one. There are also a few pictures of traditions as well. 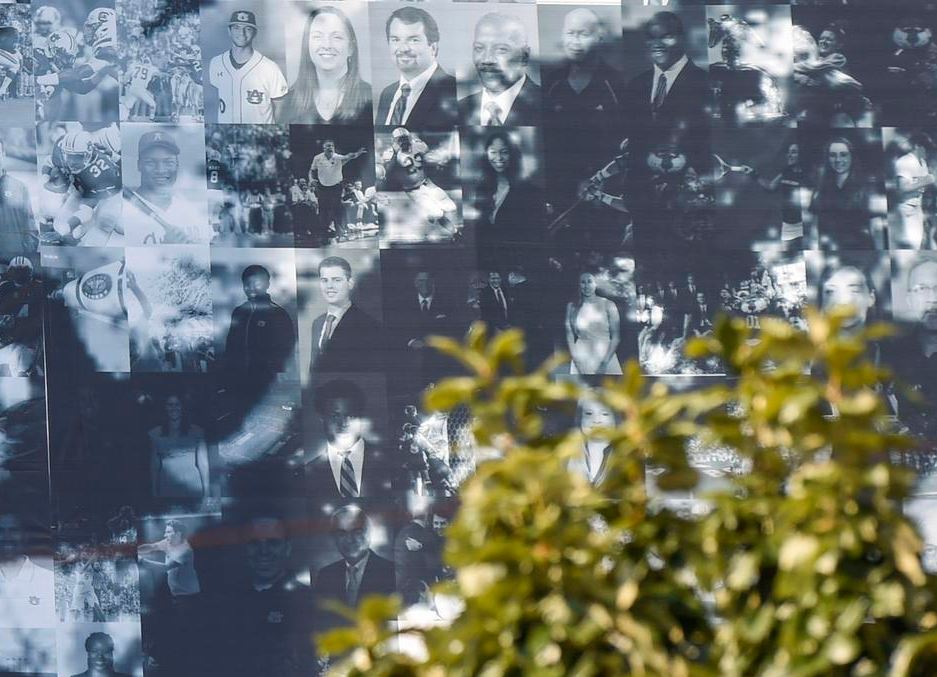 So I guess that makes it a little cooler. I just hope it’s obvious to what’s going on when you see it in person.

The rumor is that the middle section will consist of a simple, but huge AU logo, so that will likely tie it all together. This thing is a work in progress, not just for this year. It will probably look all different next season.

Update: yep, there’s the bottom half of the AU logo ready to go up.

Update #2: And now the full AU logo is up. It definitely makes it look better.