So let’s go through this very fun, but confusing looking bracket below. Auburn will start the tournament off against New Mexico on December 22 at 1:30 on ESPNU. New Mexico won the MWC Tournament last year and ended up losing in the 2nd round of the NCAA Tournament. They also just sent all of their players to Alabama. No really, one of their players just transferred to Alabama.

After that, it just depends on the bottom half of the tournament. What’s cool is that everybody plays the same amount of games, and they even have a game to figure who is in 7th place. That’s Christmas giving. 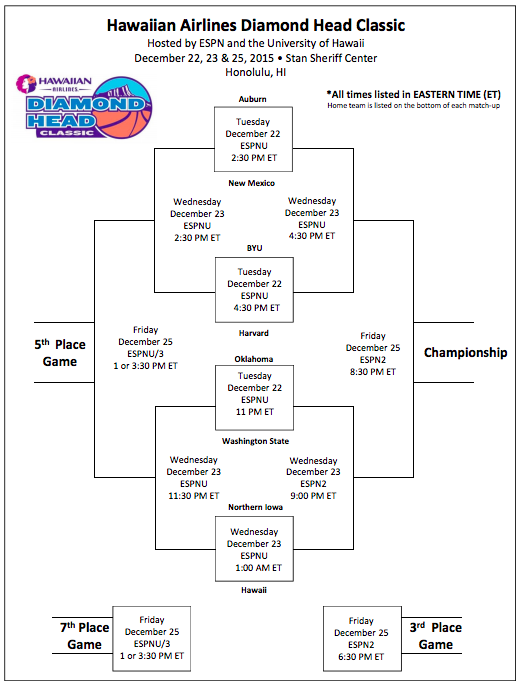 So while the teams Auburn will face first are all tourney teams, they all come from the batch of small conference winners. There’s a chance Auburn could win this thing if they turn on that magic from last year’s SEC Tournament.

Either way, I’m just glad they are there. Now I can watch Auburn basketball on Christmas Day. That’s like… Christmas.

Highlights of Auburn’s 88-77 Win Over Arkansas